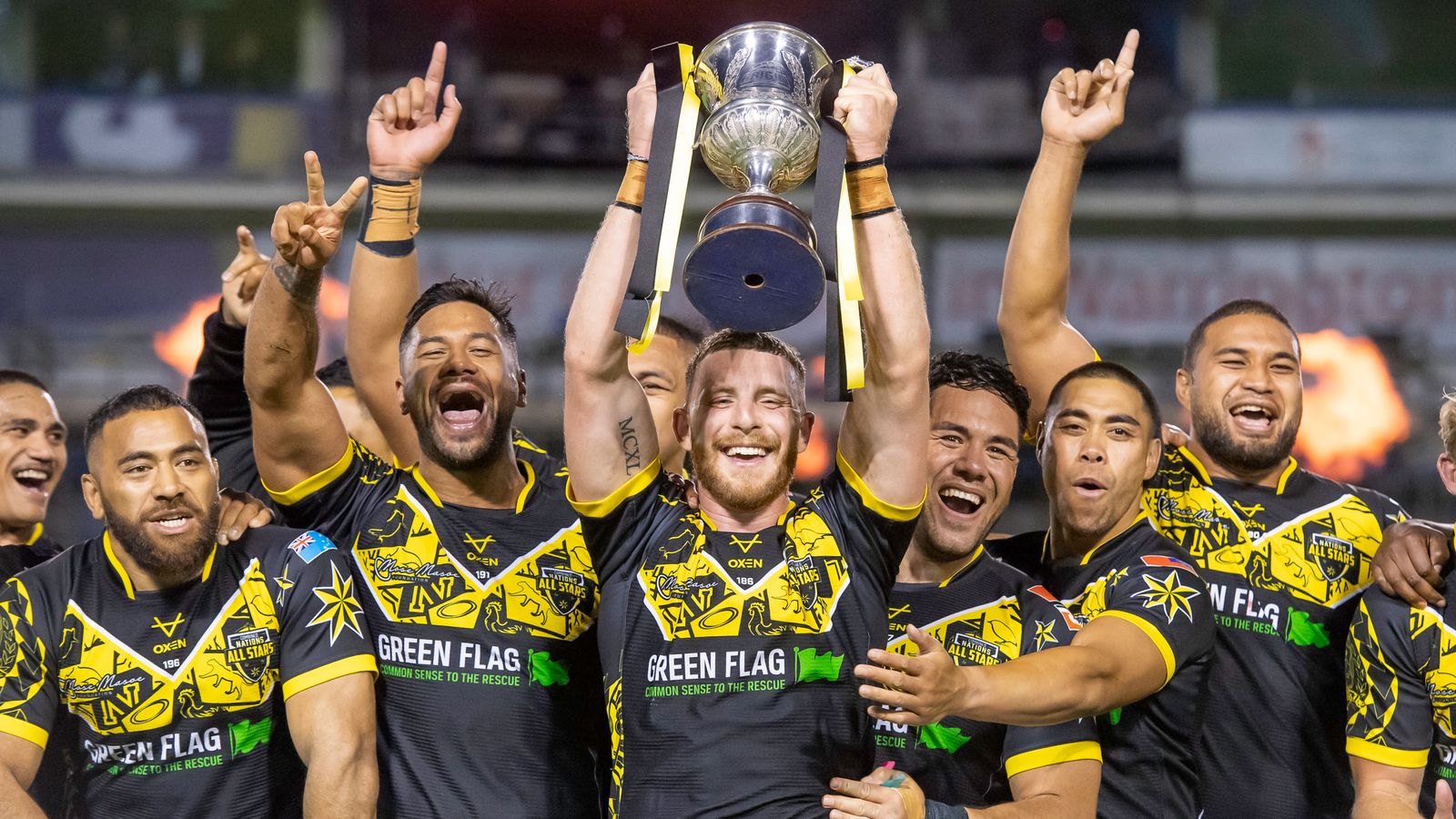 Rugby League legend Ellery Hanley MBE will play an important part in England’s preparations for the World Cup later this year – as head coach of the Combined Nations All Stars when they take on England at Warrington’s Halliwell Jones Stadium on Saturday 18 June.

Hanley will be aiming to emulate Australian coaching guru Tim Sheens, who last year steered the All Stars to a 26-24 victory over England at the same venue, when he goes head-to-head with his former Wigan and Leeds team-mate – England head coach Shaun Wane.

England versus the Combined Nations All Stars is part of a double header which sees England Women taking on France. England Women defeated France 40-4 in Perpignan last October and the match offers critical World Cup preparation for both nations, who are ranked third and fifth in the world respectively. And on the same weekend England Wheelchair team will be in action as they build towards a World Cup campaign which gets underway at London’s Copper Box in October. Further details of this fixture will be announced shortly.

Dave Rotheram, RFL Chief On-field Officer, says:
“With a World Cup on the horizon this is a hugely significant year for Rugby League, and for our three England teams these fixtures will be a major part of tournament preparations. It’s also a blank weekend in the domestic calendar, so a fantastic opportunity for supporters to get behind England Rugby League. These variations of Rugby League, alongside the diversity at the heart of the Combined Nations concept, demonstrate how inclusion remains at the heart of our game.”

The All Stars fixture revives a Rugby League tradition which stretches back to the Other Nationalities team of the early 20th century, with the team made up of players from across the Rugby League world who are currently playing in the northern hemisphere.

And this year the England versus the Combined Nations All Stars fixture assumes extra significance following the devastating volcanic eruption and tsunami on the Tongan archipelago. Tongan players are almost certain to feature in the All Stars squad and next week the RFL, in association with OXEN and Rugby League Cares, will announce details of a Tonga-inspired All Stars jersey, proceeds from the sales of which will go towards fundraising for those affected by the tsunami.

All Stars head coach Ellery Hanley, a member of the Rugby League Hall of Fame and three-time Man of Steel, is one of the most decorated and revered players in the history of the game. Hanley was integral to Wigan’s success and achieved every major domestic honour, including three Championship and four Challenge Cup successes. He also made 38 international appearances (36 for Great Britain, 2 for England) and coached Great Britain in the home series against Australia in 1994 – in doing so becoming the first black person to coach or manage a major British national team. Hanley would later coach St Helens to Super League Grand Final success in 1999 over his first club Bradford.

Andrew Henderson, the former Scotland hooker who is now head of rugby at Keighley Cougars as well as a popular Rugby League pundit, will be Hanley’s assistant coach – providing valuable continuity after working with Tim Sheens in the successful All Stars camp in 2021. Carl Hall, the long-serving Doncaster Chief Executive and former RFL Vice President who is Chair of the Pacific Islands Rugby League Group, will also continue as team manager.