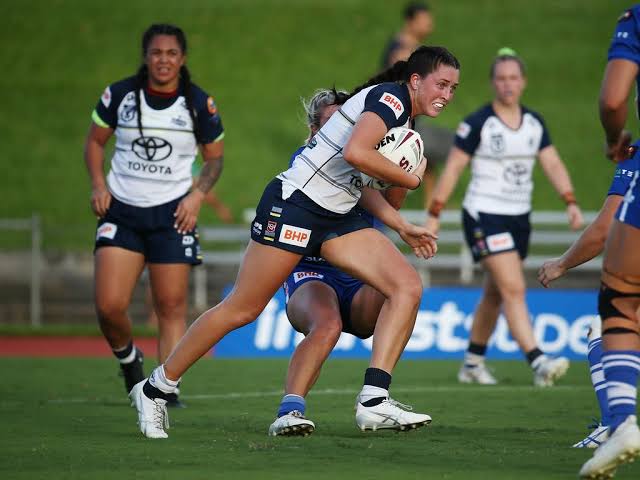 The North Queensland Toyota Cowboys have this week announced a bid to enter a team in the 2022 NRLW season.

Almost three years after the formation of the club’s inaugural women’s academy, the Cowboys now believe the female rugby league pathway in North Queensland has grown to a position to be able to sustain a team in the NRL’s pinnacle female competition.

The Cowboys Women’s Academy was launched in September 2019 and the formation of the North Queensland Toyota Cowboys Gold Stars followed for the 2020 QRLW season, which was unfortunately cancelled after one game.

The Gold Stars returned for their first full season in 2021 and embarked on a terrific campaign, which resulted in a march to the semi-finals, falling just one game short of a grand final berth.

The Cowboys Women’s Academy boasts eight players with NRLW contracts for the delayed 2021 season, which is due to kick off on Sunday, including newly appointed Newcastle Knights captain Romy Teitzel.

North Queensland have expressed their intent to the NRL to enter the NRLW and the club will continue to work closely with the NRL in the coming months in the hope of entering a team in the 2022 competition.

“The formation of our Club in 1995 was to fulfil a vision of keeping North Queensland talent in North Queensland and giving them the opportunity to be part of and succeed on the national stage,” Cowboys CEO Jeff Reibel said.

“With the blessing and backing of our board, now is the time that we again pay homage to that original vision.