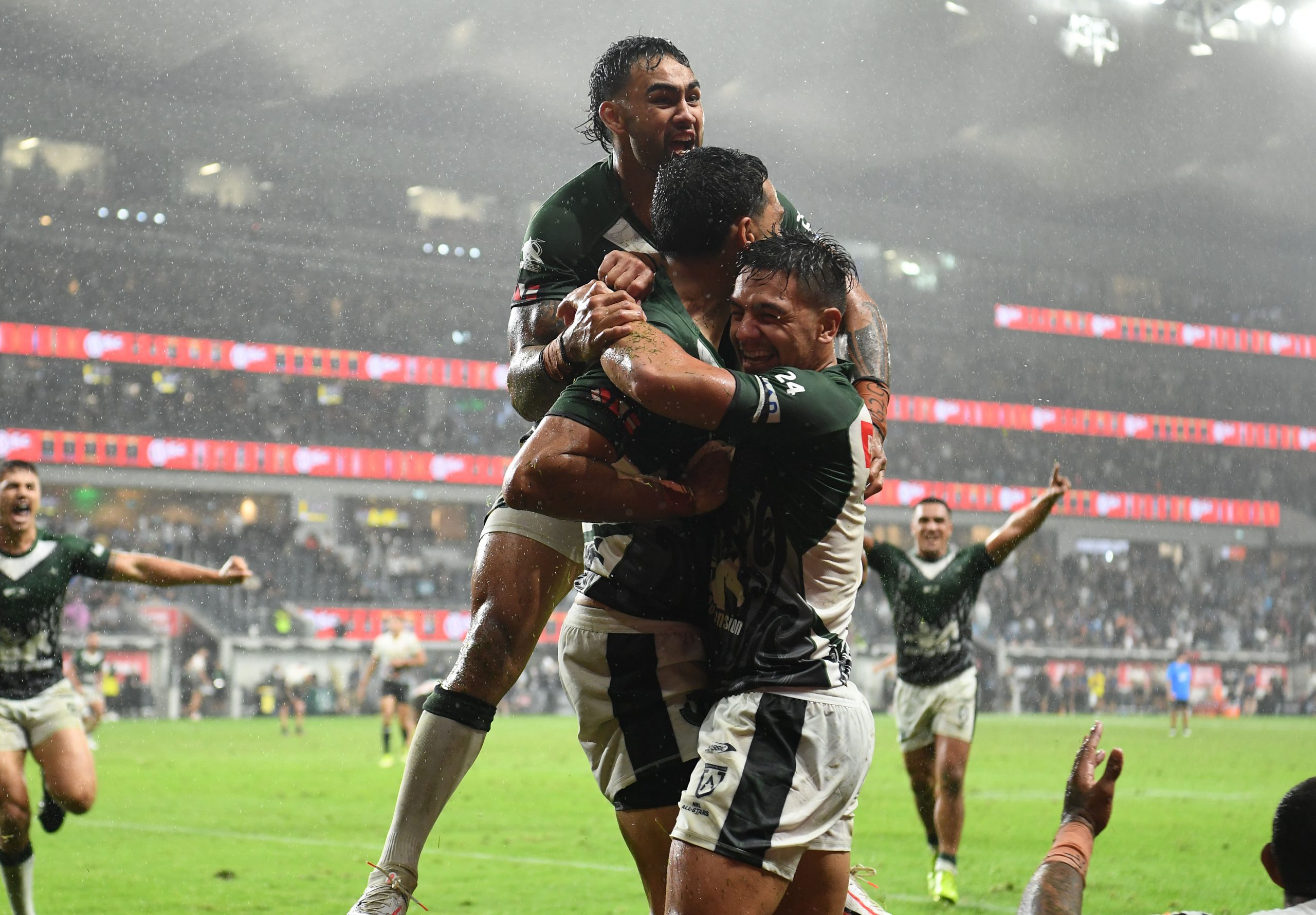 Tapine stands tall as Maori All Stars reign in rain

A captain’s knock from Joseph Tapine has spearheaded the Maori All Stars to a 16-10 win over the Indigenous All Stars at CommBank Stadium on Saturday night.

Tapine revelled in the responsibility handed to him by Maori coach David Kidwell, scoring a crucial try and running for 125 metres with seven tackle breaks to take home the Preston Campbell Medal as player of the match.

The match was played in heavy rain but it did nothing to detract from the intensity as both packs muscled up early before the Indigenous All Stars struck first through Jesse Ramien.

The try was set up by a rampaging David Fifita, who busted the Maori defence wide open down the right and found Ramien on the inside for 6-0.

Sensational lead-up work by middle forwards James Fisher-Harris and Joe Tapine led to the Maoris’ opening four-pointer to the elusive Kodi Nikorima in the 25th minute and eight minutes later they had a second through Esan Marsters.

Indigenous hooker Reuben Cotter looked certain to level the scores at 10-10 on the 50-minute mark but lost the ball as he stretched out to plant it down. Three minutes later Josh Curran also went close for the Indigenous side when he put his body on the line trying to ground a Nicho Hynes grubber but desperate Maori defence denied him.

The Maori stretched their lead to 16-6 when Tapine produced some neat footwork close to the line and slammed the ball down but exciting young Dragon Tyrell Sloan closed the gap again when he scored off another pinpoint Hynes grubber.