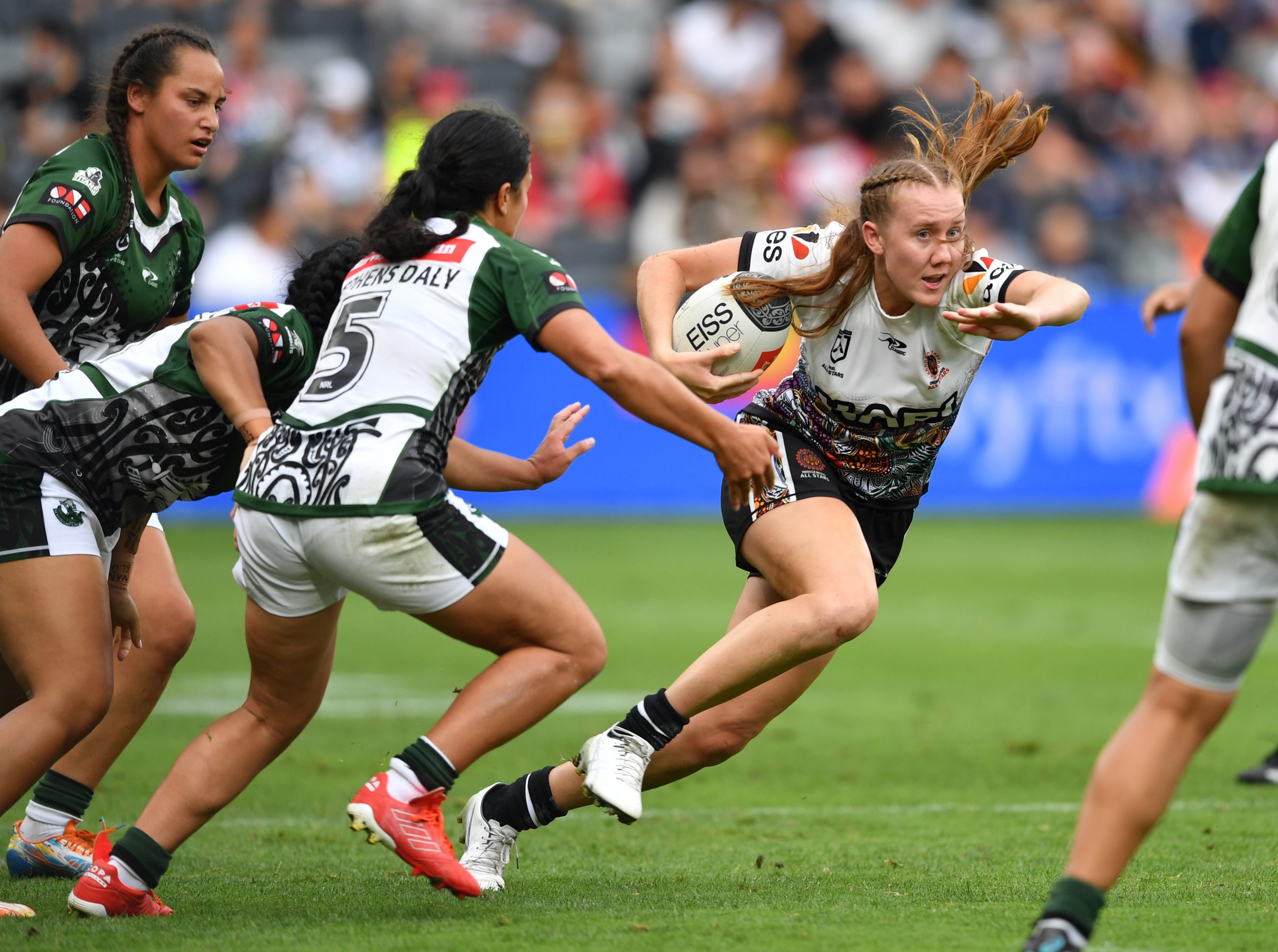 Two tries to teenager Jaime Chapman and a masterclass from fullback Tamika Upton led the Indigenous All Stars to an 18-8 win over the Maori All Stars at CommBank Stadium on Saturday night.

After suffering a heavy 24-0 defeat in last year’s clash revenge was sweet for the Indigenous side, who have squared the ledger at 2-2 across the four years of the contest.

A runaway try by Chapman in the second quarter gave the Indigenous side a 6-0 lead before Bo Vette-Welsh produced a dazzling 30-metre burst and found Tiana Raftstrand-Smith who sent the final pass to Autum-Rain Stephens Daly for the Maoris’ opening try.

Chapman had her second just after half-time when Upton produced a superb cut-out pass and the Indigenous side had a 12-4 lead thanks to Kirra Dibb’s second conversion.

Debutante Stephens Daly then grabbed a double of her own courtesy of a brilliant cut-out pass by Vette-Welsh and the Maori were back within four points.

A barnstorming try from close range for Eels prop Tommaya Kelly-Sines put the game beyond doubt for the Indigenous side as they made it 18-8.