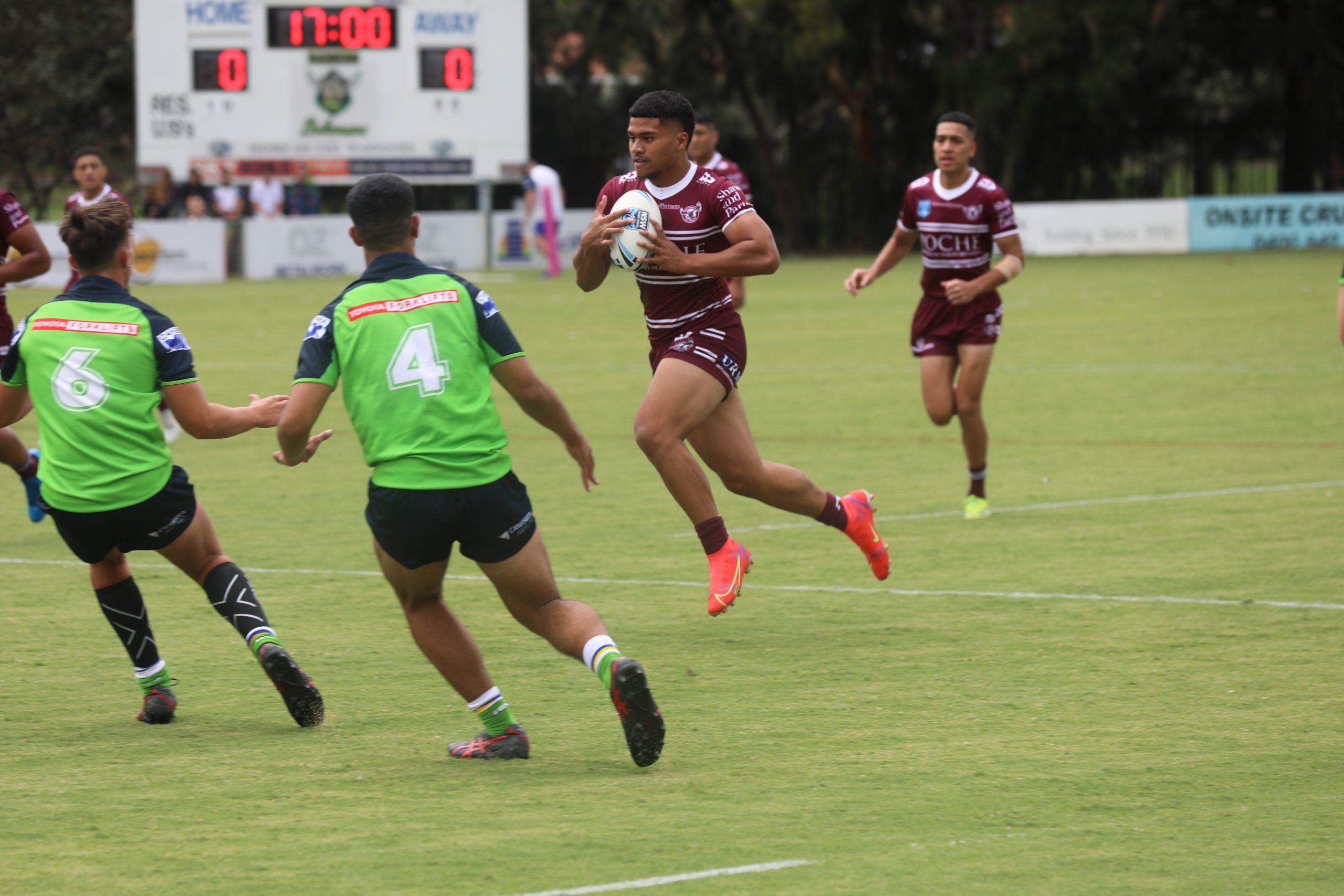 Canberra Raiders have handed the Manly Warringah Sea Eagles their first Harold Matthews Cup loss in two years after powering their way to a 32-6 win at Belconnen Oval.

The premiers went through the 2021 season undefeated and had not tasted defeat in a Harold Matthews Cup game since March 2020 but were guilty of making too many errors against the Green Machine.

It took just 80 seconds for the Raiders to open their account with second-rower Noah Martin crashing over from a short ball close to the line.

From there the Green Machine ran in tries to Elvis Nauer-Wood, Mathias Tomuli-Ah-Koui to find themselves 16-0 up after 20 minutes.

The Sea Eagles managed to stop the flow of points after they scored their first try of the match through five-eighth Tuaomaliemavaitoelau Patea who crashed over from dummy half.

Despite being in striking distance at half-time, this would be Manly’s only highlight with the Raiders running in three more tries to Martin and Tomuli-Ah-Koui – who finished with a hat-trick – and to open their 2022 campaign in style.