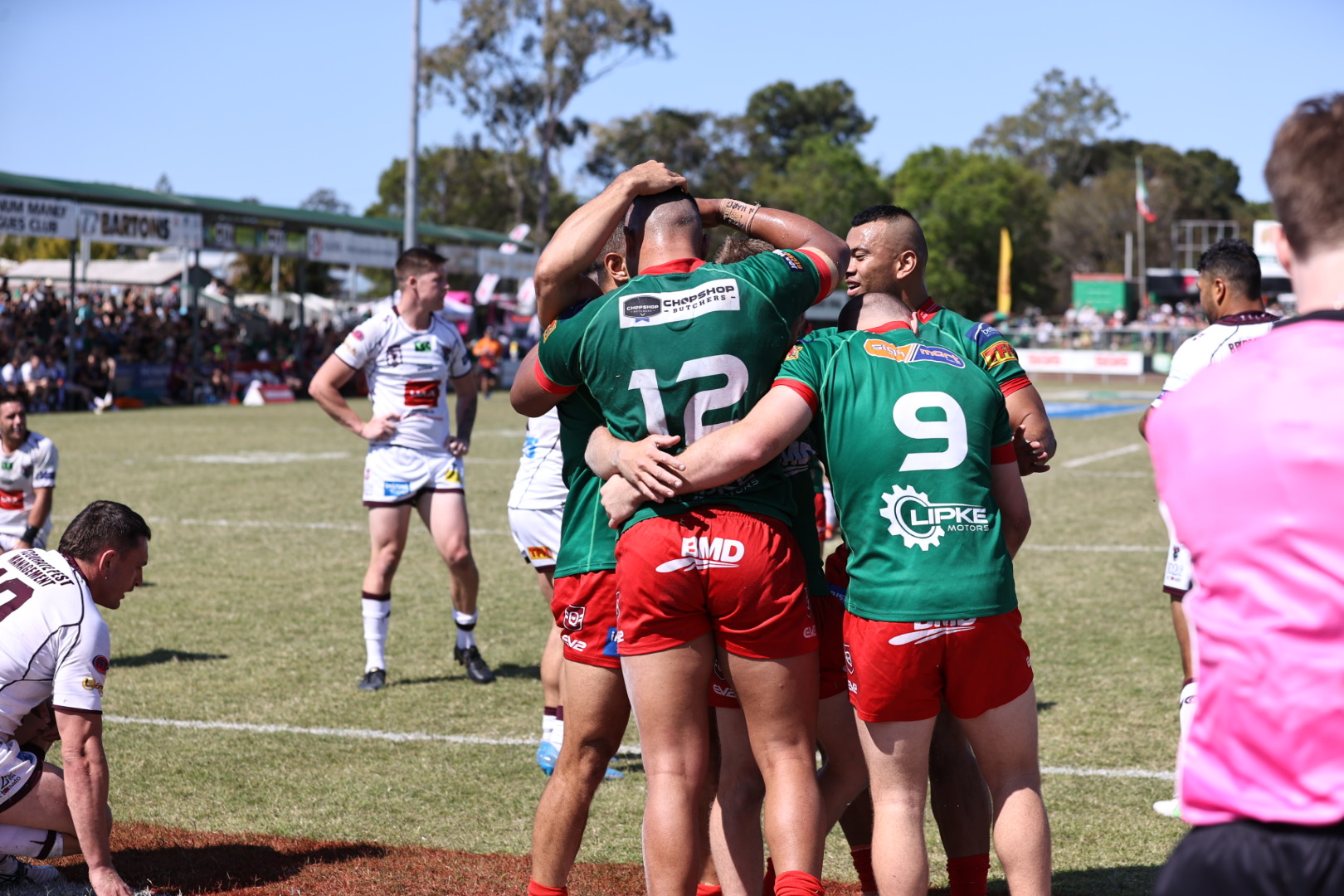 This joint statement from the Wynnum Manly Seagulls, Wynnum Manly Juniors and the Wynnum Manly Leagues Club is to update club members, supporters and stakeholders on recent developments concerning the future of rugby league in our community.

Under Wynnum Manly Juniors president Adam Lipke, junior participation rates have grown to an enviable 750-plus registered players across 40 junior teams – a reflection of rugby league’s popularity in our community and the outstanding work done by the Juniors, their staff, coaches and volunteers.

This has included investigations into moving the Juniors away from Kitchener Park to a more expansive location to ensure every boy and girl who wants to play rugby league for Wynnum Manly gets the opportunity to do so.

Lipke said while the huge growth in participation numbers was exciting, it had added further pressure on the club’s facilities and volunteers.

“Unfortunately, these increased numbers do not follow through with increased volunteer hands, and the committee members are giving excessive number of hours each week to see the kids get on the paddock safely,” Lipke said.

“The club has battled financially over the past few years due to COVID and no fundraising, which helps pay the running costs of a junior club, and it would not be able to remain viable if it wasn’t for our fantastic sponsors including BMD, Bartons and McDonald’s Bayside.

“The support and knowledge of the Wynnum Manly Leagues Club Board of Directors and executive team have also been instrumental to our ongoing survival in these recent times.”

However, restricted capacity at existing facilities means not all senior teams are able to train at Kougari Oval, with some Seagulls squads sent to Capalaba to prepare for upcoming matches.

The Seagulls have investigated various options to improve playing capacity and fan facilities at Kougari Oval. But due to space limitations, local residential properties and town-planning issues caused by neighbouring creeks and floodplains, no workable solution is possible.

With more than half the clubs in the Hostplus Cup projected to be playing out of modern stadium infrastructure in the next few years, the Seagulls also risk falling behind the competition’s benchmarking standards without future development.

With the needs and constraints of both senior and junior clubs in mind, the Seagulls created a feasibility sub-committee to explore infrastructure opportunities to grow and expand both clubs and rugby league in the community for future generations.

The current opportunity under consideration would see the Juniors leaving Kitchener Park and moving to a larger field space, with the Seagulls then moving into Kitchener Park and creating a new 10,000-15,000-seat maximum capacity stadium and high-performance training centre.

The Juniors would still play matches at the outer fields at the redeveloped Kitchener Park.

This allows junior players and their supporters to remain at the venue after their games to watch the Seagulls play – increasing the connection between the two clubs, and the links between present and future players.

Wynnum Manly Seagulls chairman Tom Solah said the proposal was borne out of the need to deliver better facilities across the men’s and women’s rugby league program, as well as an improved experience for fans, particularly to cater to families.

“The club is in a strong place on the field, with six statewide teams across male and female programs and great success in recent years,” Solah said.

“In order to run our operation effectively and keep pace with the competition, we need to grow and expand our training and fan facilities for the benefit of future generations of Seagulls players, officials, members, fans and families.

“Furthermore, the proposed development won’t just help the Seagulls but benefit the wider community and a host of local clubs and organisations.”

The proposed development will also include community facilities which will benefit neighbouring sporting organisations and the wider community.

This concept would also return the Seagulls back to their original home. Kitchener Park was the Seagulls’ home ground when they entered the Brisbane Rugby League competition in 1951, until leaving for Kougari Oval in 1967.

While discussions and planning are still in the preliminary stages, the fabric of the Seagulls’ culture will be retained with the Chook Pen, Mitch Cronin Hill, Arthur Lovell Stand and Arch Geary Gate all included in the concept designs of the proposed new stadium.

Kougari Oval would remain a rugby league venue, with full-size field, gymnasium and meeting rooms to create a new training base for Seagulls teams, as well as a host venue for select matches each season.

Wynnum Manly Leagues Club chairman Peter Smith said the current Board of Directors and management have had no discussions and had no plans to develop Kougari Oval.

“The Wynnum Manly Leagues Club Board will always put the best interests of the organisation and the promotion of rugby league as a priority in its decision making,” Smith said.

“Proudly, the Wynnum Manly Leagues Club invests large amounts of funding promoting rugby league through the Seniors, Juniors and school football and will continue to do so in the future.”

The feasibility sub-committee is currently in discussions with Brisbane City Council and local sporting organisations to identify a suitable location with the space and facilities to accommodate the Juniors and their future requirements.

The Seagulls recognise the needs of the Juniors are paramount, and acknowledge they represent the future of the game in our community. Any proposal is predicated on the Juniors securing their future at an improved venue which will support current operations and future growth.

The feasibility sub-committee is currently in the information-gathering stage, including finalising of plans, costings and feasibility studies of proposed facilities.

The Seagulls will endeavour to provide another update, including initial concept drawings of the proposed Kitchener Park facility, in February 2022 ahead of further community consultation on the project.

However, the Seagulls, the Juniors and Wynnum Manly Leagues Club felt it was important to – together – communicate the facts behind the formation of the sub-committee, the proposal and the motivations behind them directly with members, fans and stakeholders.