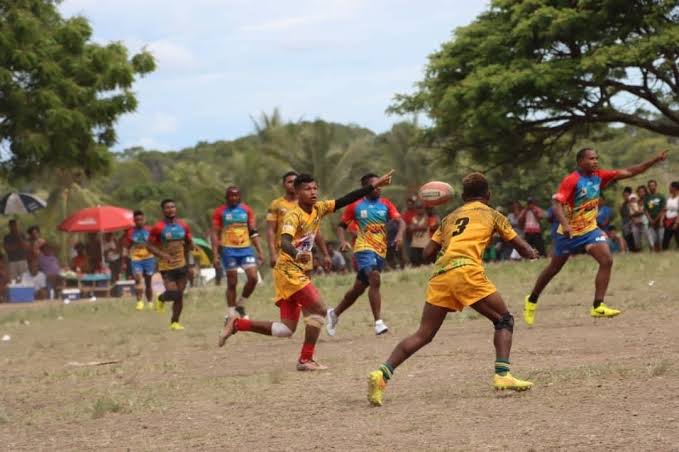 The Central Dabaris Skel Rice Agarobe Nines Challenge has been deferred again following a directives from the National Control Centre to ban all major gatherings throughout the country of more than 100 persons until March 1 2022.

This is according to a statement released by Central Dabaris Programs Coordinator, Indy Verena. “The decision was made following a meeting with the zone coordinators on Friday” Verena said.

“The tournament is deferred to 28th February to 4th March 2022 while registrations close on 4th February 2022” Verena added.

Meanwhile, the Central Dabaris Board has already submitted to the Niupla Pasin Team to give a blanket approval on all its events for the year.

Registration is still open for Open Men, Open Women and School Teams. So far 11 Open Men and two School Teams have fully registered with 9 partially paid a total of 21 teams ready for the tournament.

The deferral gives additional time for more teams to register. The weeklong tournament will be held at Bava Park in Port Moresby.

The Tournament is boosted by Goodman Fielder though the Skel Rice Brand and Central Province Governor, Hon. Robert Agarobe (MP).