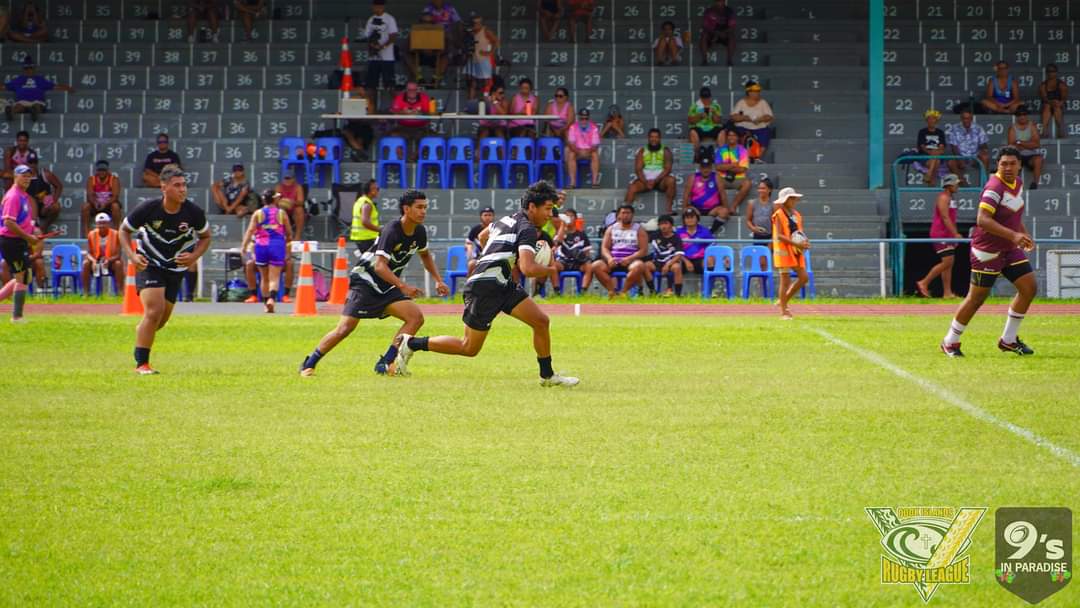 Defending Cook Islands ‘League in Paradise’ Nines Men’s Champions, the Tupapa Maraerenga Panthers, have kicked off their 2022 campaign with back to back wins in the opening day of the competition at BCI Stadium in Avarua.

The Panthers, who defeated the Avatiu Eels in last year’s Final, recorded wins against the Arorangi Bears and Ngatangiia Matavera Sea Eagles in Friday’s matches to put themselves in prime position for Day Two of the Nines.

The Panthers will face the Avatiu Eels tomorrow in the final round of the group stages, who also won all their respective matches so far.

In the Under 18s, the Panthers defeated the Eagles, whilst in the Women’s the Arorangi Bears opened their campaign with a win.