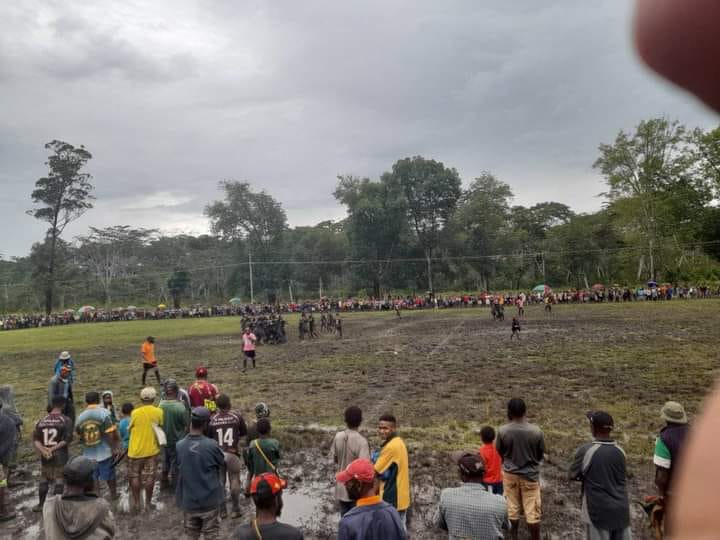 The Hagu Brothers have qualified for the Lower Mimanalo Rugby League Grand Final following a tight 1 – 0 win over the Kamayufa Gamukes in Tuesday’s Major Semi Final.

Played in muddy conditions at Rothmans Oval, both teams were evenly matched in the arm wrestle, with a single field goal being all that could seperate the two teams at fulltime.

The Gamukes will now face the winner of the minor Semi Final between Rothmans Spiders and Sapsap Eagles to decide who will face Hagu in the tournament Grand Final on January 22.