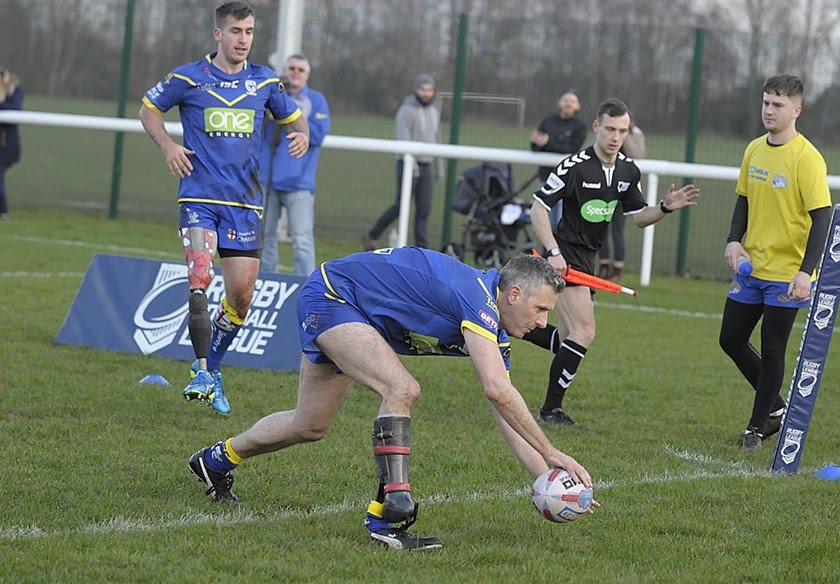 Adam Hills has been awarded the MBE for services to Paralympic Sport and Disability Awareness.

The Australian presenter of Channel 4’s The Last Leg, a lifelong supporter of South Sydney Rabbitohs, has been instrumental in the development of Physical Disability Rugby League since playing for Warrington Wolves in the first ever fixture in this country against Leeds Rhinos Foundation in 2018.

A documentary made to follow Warrington’s trip to Australia to play Souths won in the Television / Digital Documentary category at the British Sports Journalism Awards in 2019, and Adam is an official ambassador for RLWC2021.

Hills is also an official ambassador for the Rugby League World Cup to be played in England at the end of this year, which includes a Physical Disability tournament to be played alongside the men’s, women’s and wheelchair competitions.

“I am absolutely chuffed to bits to be given this honour,” Hills told PA. “I’ve already googled ‘Australian comedians who have received honours’, ‘when can I start writing MBE after my name?’ and ‘are Australians even eligible for an MBE?’.

“Turns out the answers are ‘Barry Humphries and Clive James’, ‘when you receive the medal’ and ‘yes’.

“Honestly though, for a boy from the southern suburbs of Sydney, this is quite a massive deal.”

RFL CEO Ralph Rimmer said Hills, who has a prosthetic leg, had been a trailblazer for Physical Disability Rugby League.

“He’s taken the inspirational stories of the players involved to a national and international audience – and the great thing is he’s continued to play himself, despite the odd setback, with his unmistakeable love for the sport proving both uplifting and infectious,” Rimmer said.