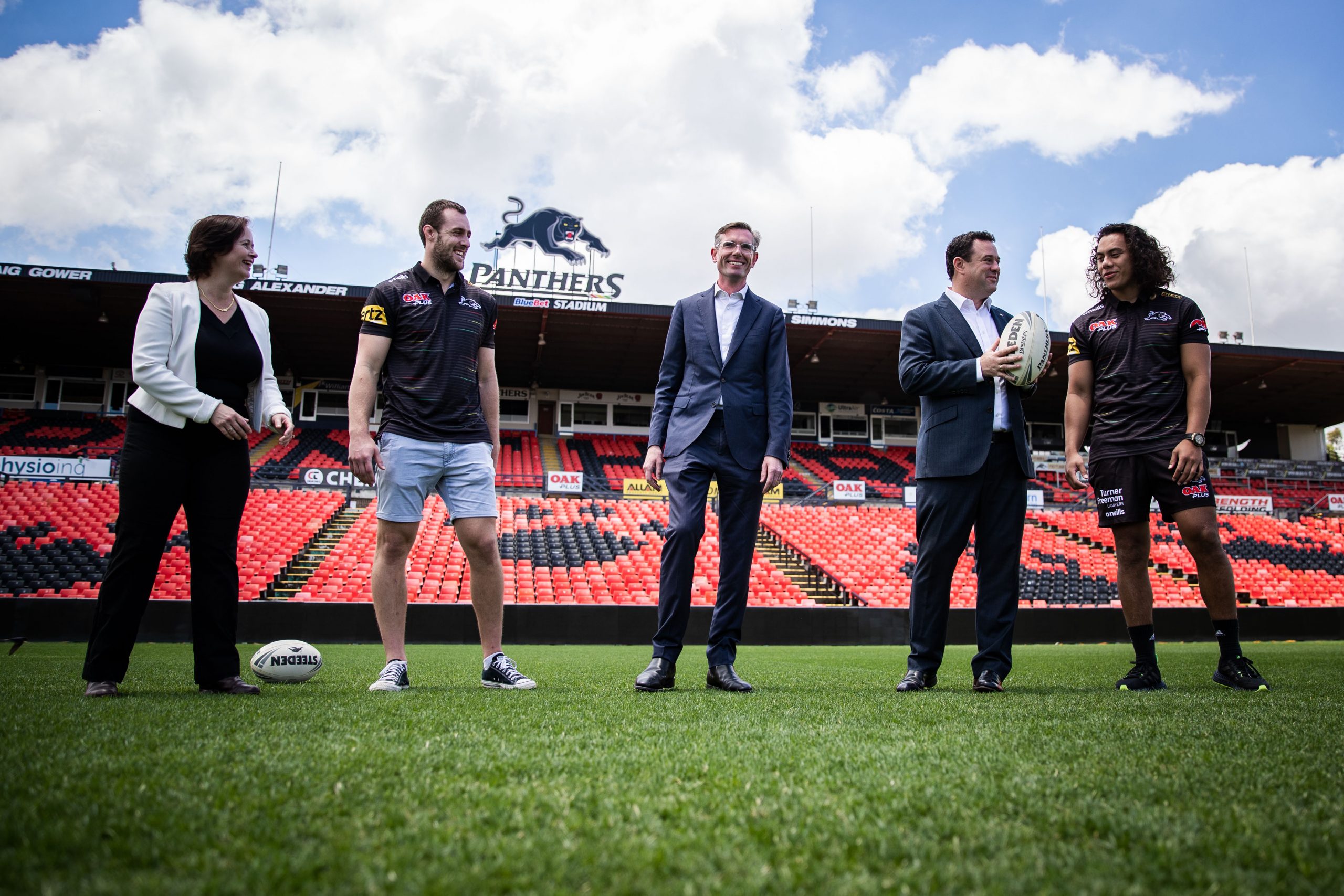 The NSW Government has confirmed the 2022 NRL season will be the Penrith Panthers’ final season at BlueBet Stadium before it makes way for a new, world class stadium facility.

The design of the new stadium will be confirmed following a consultation and tender process, with construction to begin at the start of 2023.

The Panthers will play at an alternative home ground for two seasons before returning home to Penrith in 2025.

With unprecedented demand for tickets, Panthers fans are strongly encouraged to purchase a membership now and secure their seat for what will be a historic final season at BlueBet Stadium.

NSW Premier Dominic Perrottet said the announcement and confirmation of construction would give Western Sydney an outstanding landmark venue, befitting of Australia’s only global city.

“BlueBet Stadium is a hub for Western Sydney – it’s where sporting success is celebrated, where families come together, and where our next generation of sporting superstars train.

“But this upgrade is about much more than sport, it is about bringing suburban venues to the fore and taking major events across the state.”

“This new venue will help take Penrith to the next level in sport, entertainment and tourism,” Mr Ayres said.

“With a new international airport and metro rail line on the way in the Western Parkland City, now is exactly the right time to be investing in visitor economy assets in centres like Penrith.

“While this venue will be home to the current NRL Premiers the Penrith Panthers, it is about so much more than rugby league. This stadium will be a new major event venue for our growing population in Western Sydney.”