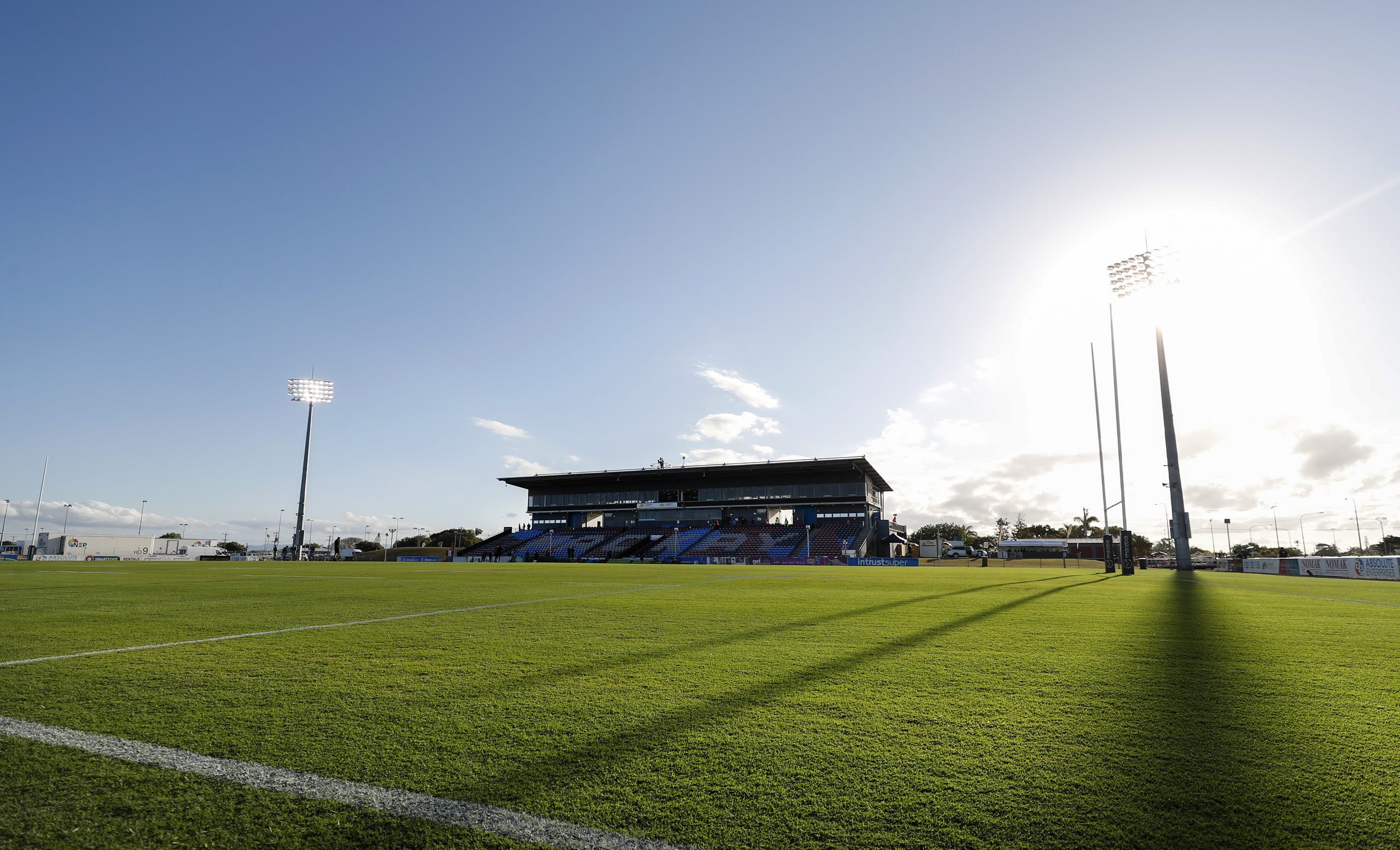 The North Queensland Cowboys will descend on Mackay’s BB Print Stadium for the club’s second and final trial match of the 2022 pre-season against arch-rivals the Brisbane Broncos on Saturday, February 26.

As the last hit-out before the start of the 2022 NRL season, Cowboys Head Coach Todd Payten is expected to unleash a full-strength side including superstars Jason Taumalolo, Valentine Holmes, Hamiso Tabuai-Fidow, Coen Hess and recruit Chad Townsend.

Mackay products Mitch Dunn, Reuben Cotter and Tom Dearden are also set to feature as they battle to solidify spots in Payten’s Round 1 side.

It will be a bumper day of rugby league in Mackay with three games set for BB Print Stadium, including a local A Grade fixture to kick off proceedings, followed by a Cowboys Young Guns and Mackay Cutters clash prior to the Cowboys blockbuster showdown with the Broncos.

The Cowboys will be active in the Mackay community in the lead up to the game with members and fans invited to attend an open training session and players to also visit local schools.

“We haven’t been able to play a trial in Mackay since 2019, so to be able hold such an important game at BB Print Stadium early next year is extremely exciting for our club,” Cowboys CEO Jeff Reibel said.

“This is not only our last hit-out before Round 1, but another installment of the famed Queensland Derby between our club and the Broncos.

“Mackay hosted a number of NRL games last year, but none of those games included the Cowboys. Mackay is such an important and positive part of our footprint, you only need to look at some of the juniors who have come from the region and are now starring in first grade with us in Reuben Cotter, Mitch Dunn and Tom Dearden.

“This game is also an excellent opportunity for us to be able to give back to Rugby League Mackay and District. We give up the rights to the game to ensure they are able to use it as a fundraising event, which enables us to invest in the community while also delivering a first-class trial game.”

Mackay Cutters CEO Mitch Cook said the Cutters and the wider Mackay community were thrilled to host the Cowboys for the pre-season showdown.

“This highlights the importance of the pathways progression for all Mackay rugby league players and allows the opportunity for these aspiring players to experience playing in front of a large roaring crowd,” he said.

“The last time the Cowboys were in town was in 2019 when they went head-to-head with the Melbourne Storm taking the win with a final score of 14-6.

“It will be great to welcome an all-Queensland clash and hopefully see the Cowboys take another win.”