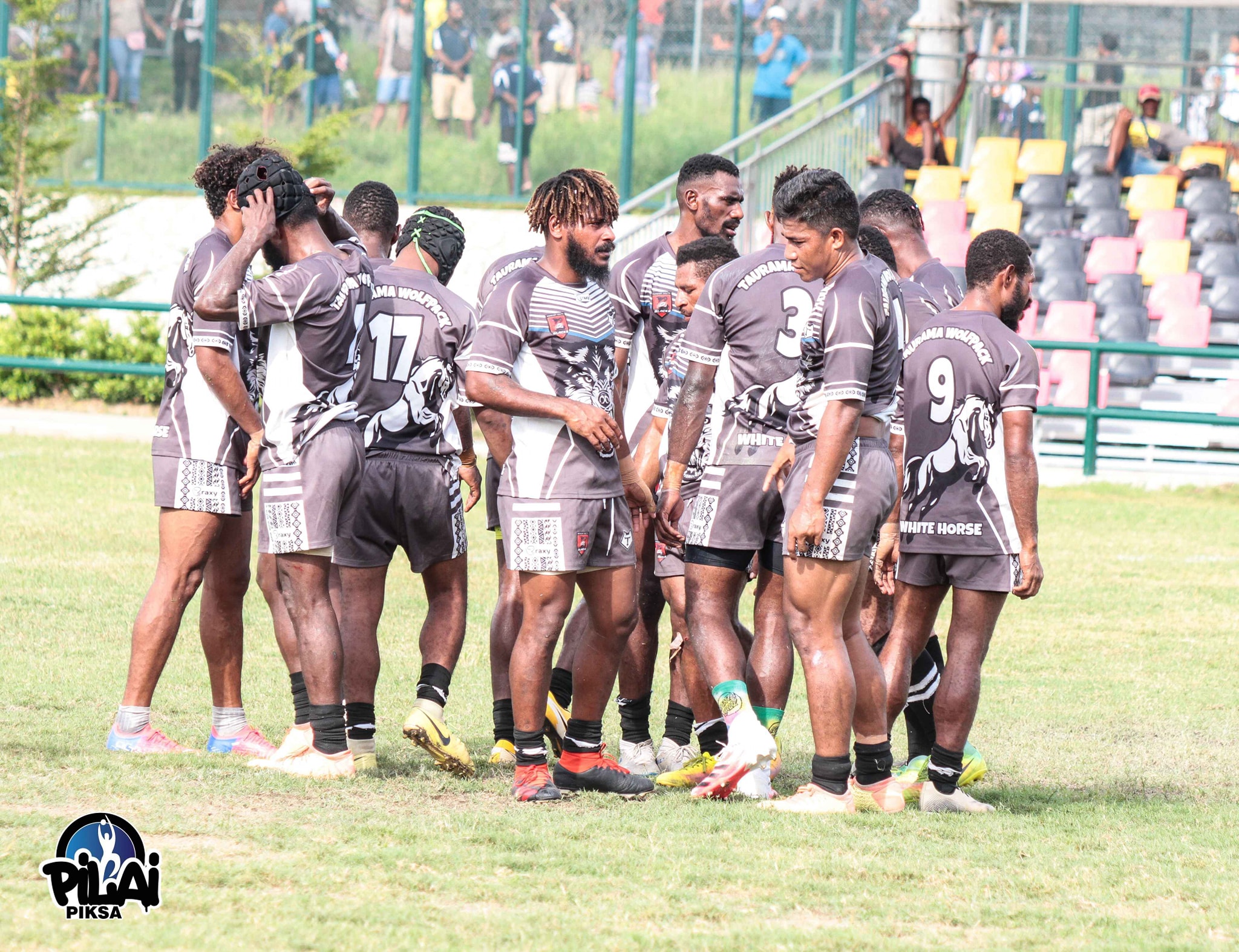 The Taurama Wolf Pack have capped off their remarkable debut season in the Moresby South Rugby Football League after the club claimed the 2021 Men’s Premiership with a 20 – 6 win over the Six Mile Crows on Sunday.

Based out of Taurama Area in southern Port Moresby, the Wolf Pack were formed in the 2020/21 Off-Season, and entered teams in the Men’s Open Age and Under 20s competitions, with the club claiming both the Minor and Major Premierships in the Men’s competition.

In the other Grand Finals played at Moresby South Stadium on Sunday, Two Mile United won the Women’s Open-Age Grand Final, defeating the Sub City Raiders, whilst in the Under 20s Final, the Gabutu Dragons defeated the Kaugere Bulldogs.