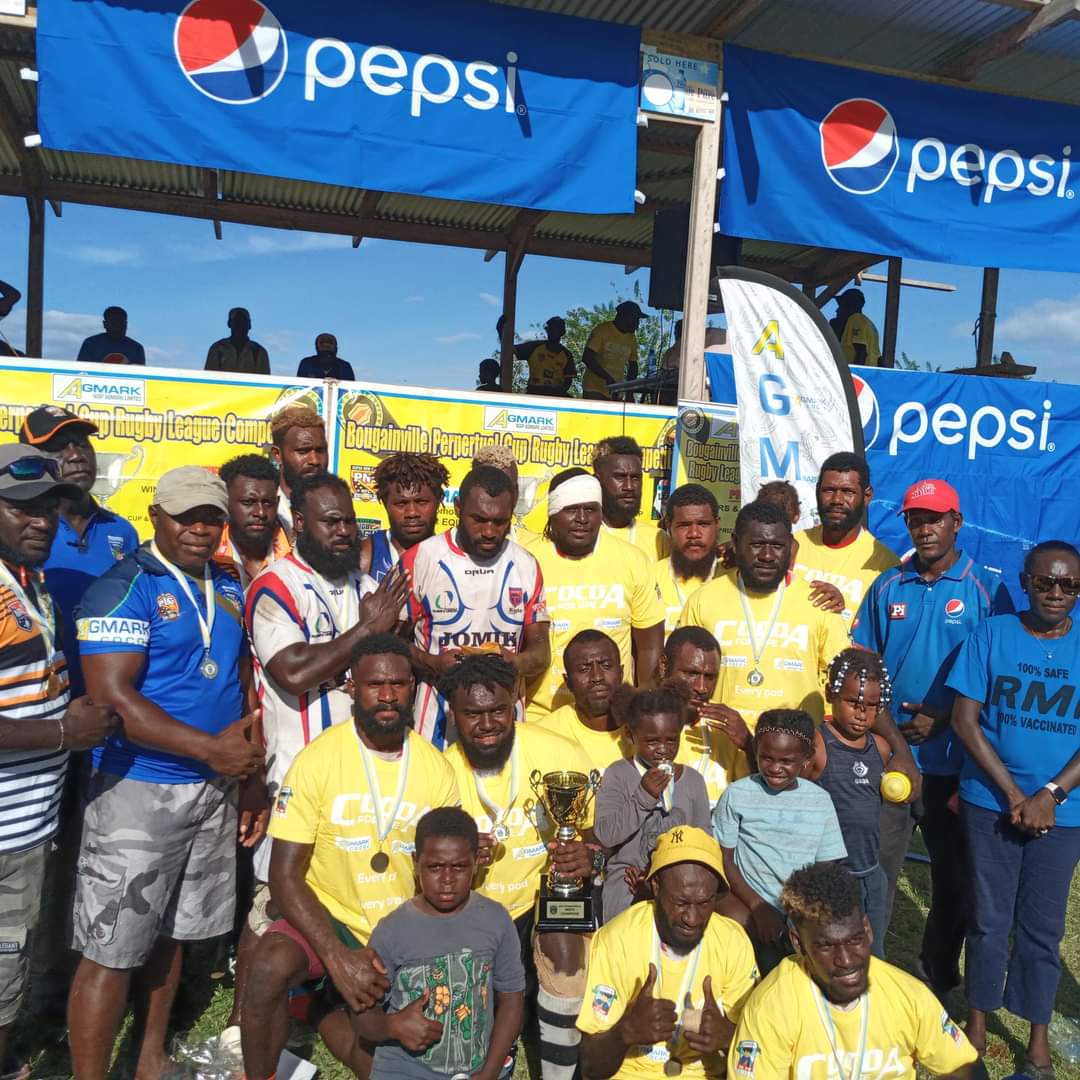 The Kuskus Cutters and Yetsila Waves have claimed the 2021 Agmark Bougainville Nines Men’s and Women’s titles.

The fifth annual off-season Nines event took place at Tinputz Station in northern Bougainville, with the Cutters claiming their first title after they defeated the Yetsila Waves.

The Yetsila Waves defeated the Tinputz Falcons in the Women’s Final.

In the Men’s runners up match, the Ieta Barbarians defeated the Karanas (2).

The Agmark Bougainville Nines was established in 2017 and has been played at Hutjena Sports Field in Buka for the past four years.