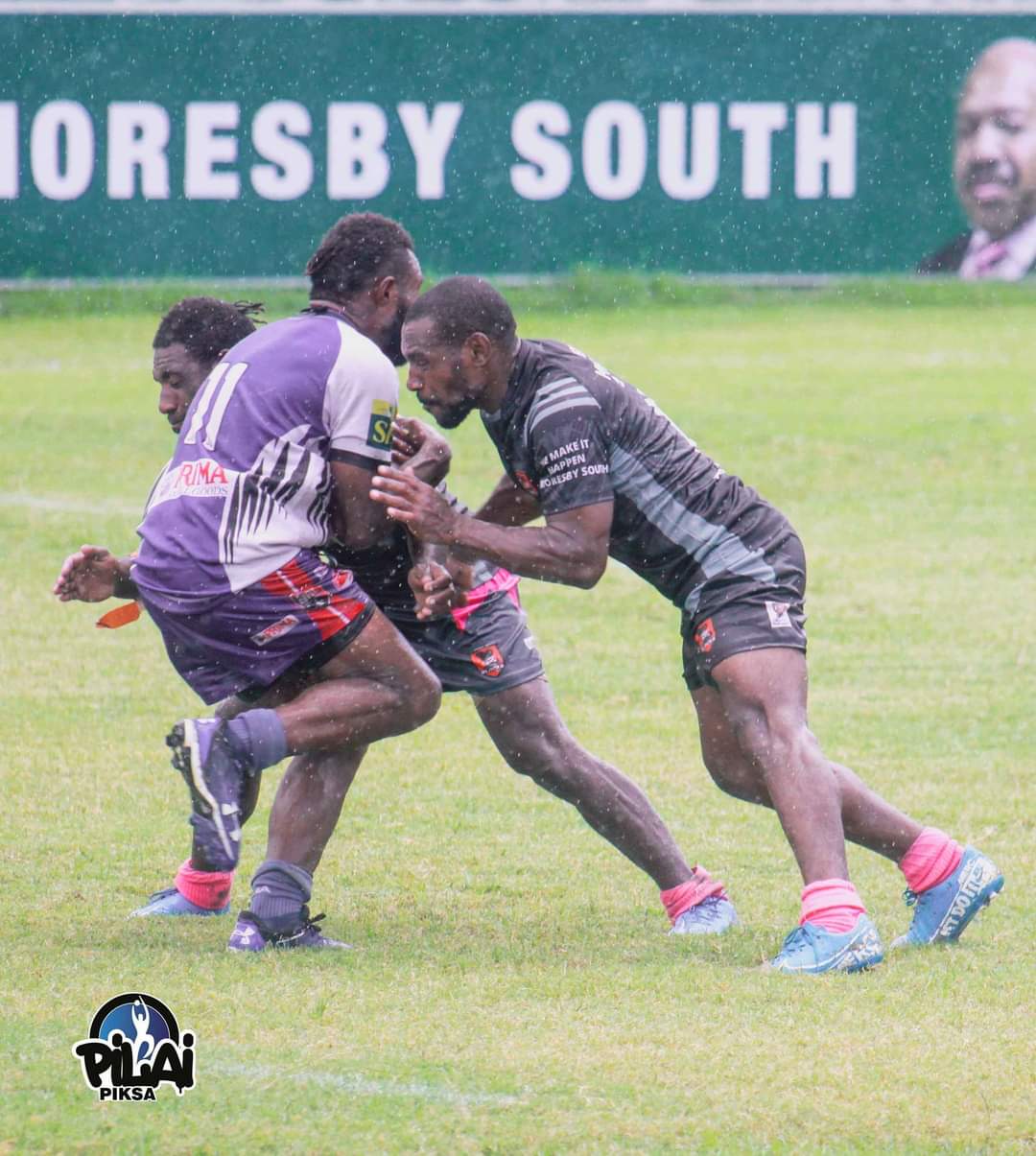 The win was the South Blacks seventh for the season, with the club sitting just one point behind competion leaders, the Port Moresby Vipers.

The Vipers won their Round Eight match against the Koiari Nagavas 26 – 12.

In other matches played, the Central Dabaris reversed their recent losing streak, defeating the POM Suburban Ducks 16 – 14, whilst the Buria Reds defeated the Motu Koita Lagatois 12 – 16.