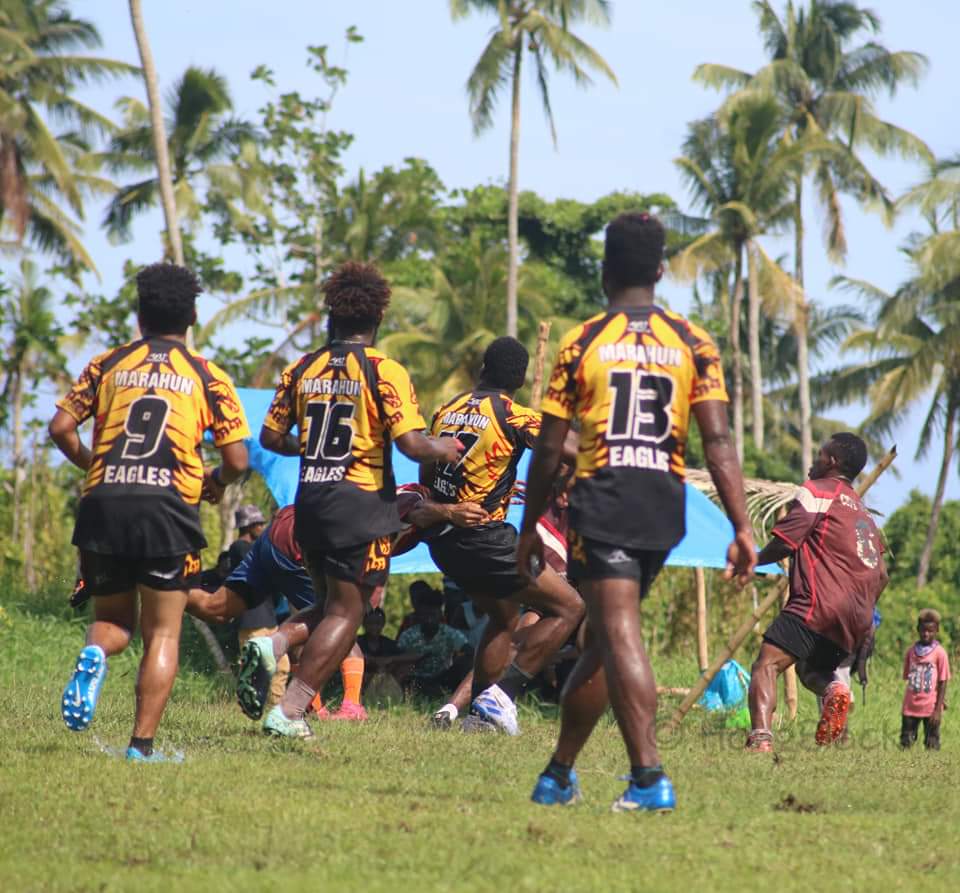 The Lihir Rugby Football League Finals Series continues this weekend with the Kul Tigers and Kunaiye Saints facing off this Saturday in the outstanding Men’s competition Semi Final.

The winner of that match will face Enzu NC in the first Preliminary Final the following day.

In the other Preliminary Final, the Putput Crushers will face the Murahun Eagles.

Based in the New Ireland Province, the 2021 competition featured eleven clubs playing in both Open-Age and Under 20s conditions.