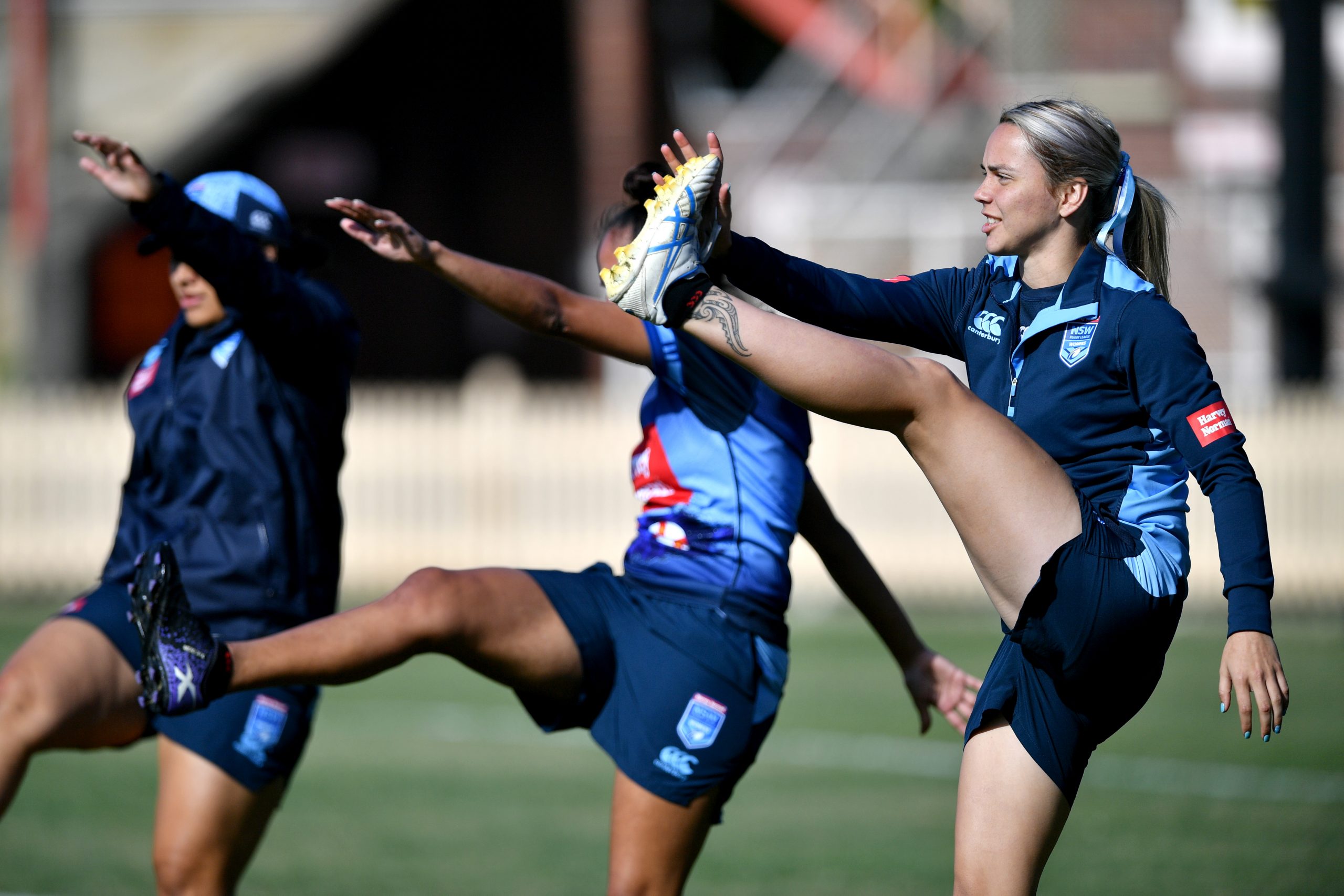 The next generation of Brydens Lawyers NSW Blues stars will team up with the Harvey Norman NSW Sky Blues and Harvey Norman NSW Women’s Under 19s State of Origin team for a training camp at the NSWRL Centre of Excellence on Sunday 12 December.

Brydens Lawyers NSW Blues coach Brad Fittler and Harvey Norman NSW Sky Blues coach Kylie Hilder will run the camp which will include a joint breathing and yoga class, positional training sessions while the women’s teams will also begin preparations for the 2022 State of Origin.

Fittler, who will be joined by assistant coaches Danny Buderus, Paul McGregor and Mark O’Meley, said he was looking forward to re-connecting with the Emerging Blues after representative pathways games were forced to be cancelled for the past two years over the COVID-19 pandemic.

“I have always been passionate about the next generation of NSW stars coming through the system ever since my time as a representative pathways coach,” Fittler said.

“The NSWRL has a proud history of nurturing talented players as they rise through the ranks and some of the star players for the Brydens Lawyers NSW Blues began their representative careers in NSW pathways teams.

“The game will always produce Rugby League stars and I’m looking forward to working with the Future Blues to help them realise their potential, as well as assisting with training sessions for the Sky Blues and Under 19s Women’s Origin teams.”

Hilder said she was also looking forward to the session and the opportunity to exchange ideas with the NSW Blues coaching staff. The two parties worked together in May when Fittler and his assistant coaches took part in a positional training session for the City and Country women’s teams.

The Sky Blues 25-person squad features the team that lost narrowly to Queensland on the Sunshine Coast in June while the NSW Women’s Under 19s 25-person squad includes nine players who took part in the Harvey Norman Tarsha Gale Cup Grand Final.

“It’s always great for the men’s and women’s teams to work together and the girls got a real buzz out of training with Freddy and his assistant coaches earlier this year,” Hilder said.

“The session will form an important first step in our preparations as the Sky Blues look to return the Origin Shield home next season, while the NSW Under 19s Women’s team will be keen to defend their title.”

The NSWRL will advise of details for a media event at the camp at a later date.