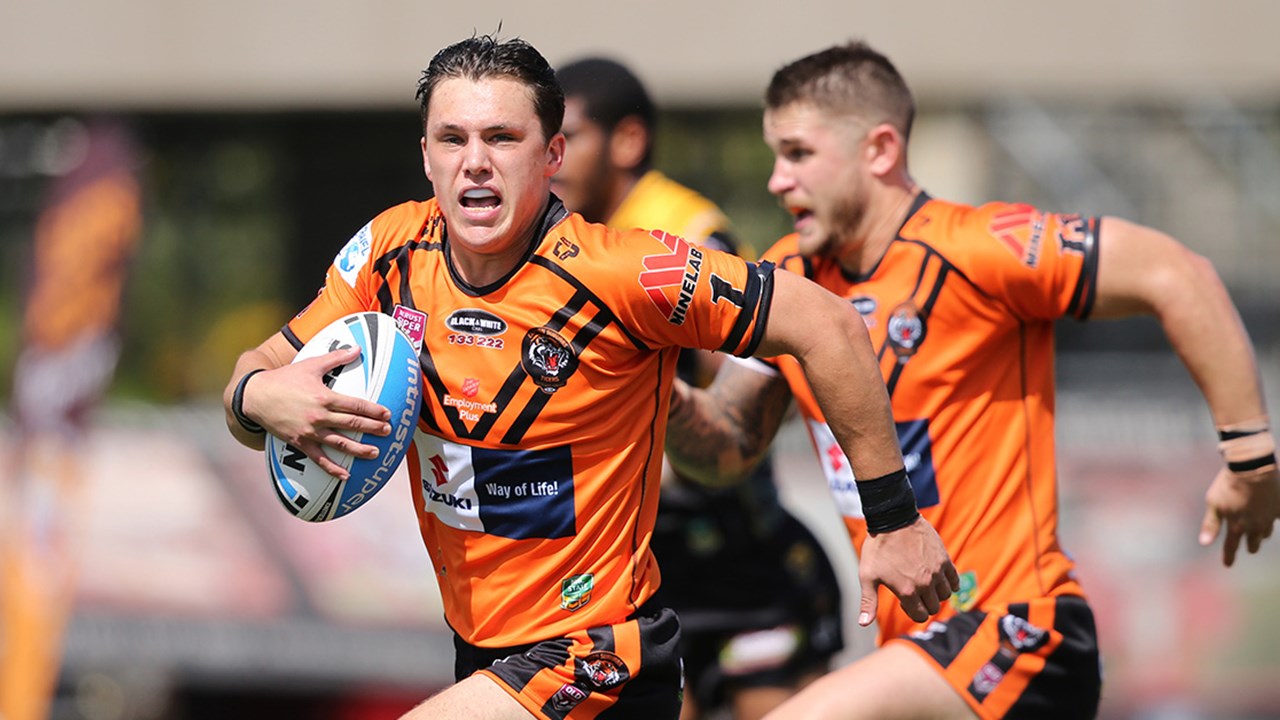 Melbourne Storm’s successful partnership with the Brisbane Tigers which has helped to put the polish on a number of players for the NRL minor premiers has been extended by a further three seasons.

Initially starting in the 2011 season, the extension of the arrangements between the two clubs until the end of 2024 ensures the Tigers will continue to receive Storm NRL squad members to play in the Intrust Super Cup.

It also provides a pathway for the Tigers’ best talent to make it to the NRL via the Storm system.

Five Tigers players – Tony Pellow, Wes Lolo, Bacho Salem, Francis Tualau and Darius Farmer – have joined Storm this week for the start of eight weeks of pre-season training, while Will Samuel will arrive in January.

“We have had a great association for the Tigers for the past 11 seasons and we’re delighted to announce the extension of our partnership today,” Storm General Manager – Football Frank Ponissi said.

“Over the years there have been number of players who have been able to progress from the Tigers to being premiership winners with the Storm squad including the likes of Cameron Munster, Christian Welch, Felise Kaufusi and Kenny Bromwich.

“Jordan Grant became the latest success story this year when he made his NRL debut against Newcastle.

“We expect the number of Tigers to Storm players to increase over the next three years. As well as sending our players to play Intrust Super Cup during the season, the partnership continues to allow selected contracted Tigers players to come down for pre-season training each season.

“Those couple of weeks can turn into a Storm contract like Jordan achieved this season and Brenko Lee and Aaron Booth in 2020.

“We have also continued our commitment to our junior development program, headed by Tim Glasby, which helps the best young talent at the Tigers follow that pathway that is available to the NRL via our Cyclones squad.

“Another feature of the partnership is the time our NRL coaching team dedicate to liaising with the Tigers coaching team throughout the year which we see great benefit in.”

Brisbane Tigers Chief Executive Officer Brian Torpy said: “We are delighted to extend our partnership with the Melbourne Storm for a further three seasons through to 2024.

“Storm continues to be rugby league’s benchmark club – and indeed a benchmark club in all of Australian sport – and we are very excited to be able to learn from their people and systems, whilst providing a development platform for their next generation of NRL players.

“We have enjoyed a close relationship with the Storm over the past 11 seasons and are looking forward to further strengthening our relationship into the future.”

Earlier this year, Storm extended his partnership with its other Intrust Super Cup affiliate club, the Sunshine Coast Falcons, also until the end of 2024.

Both the Tigers and Falcons have been incredibly helpful to us during our extended stays in Queensland in the past two years,” Ponissi said.

“The support they provide is certainly a key part of what we do at Storm.”