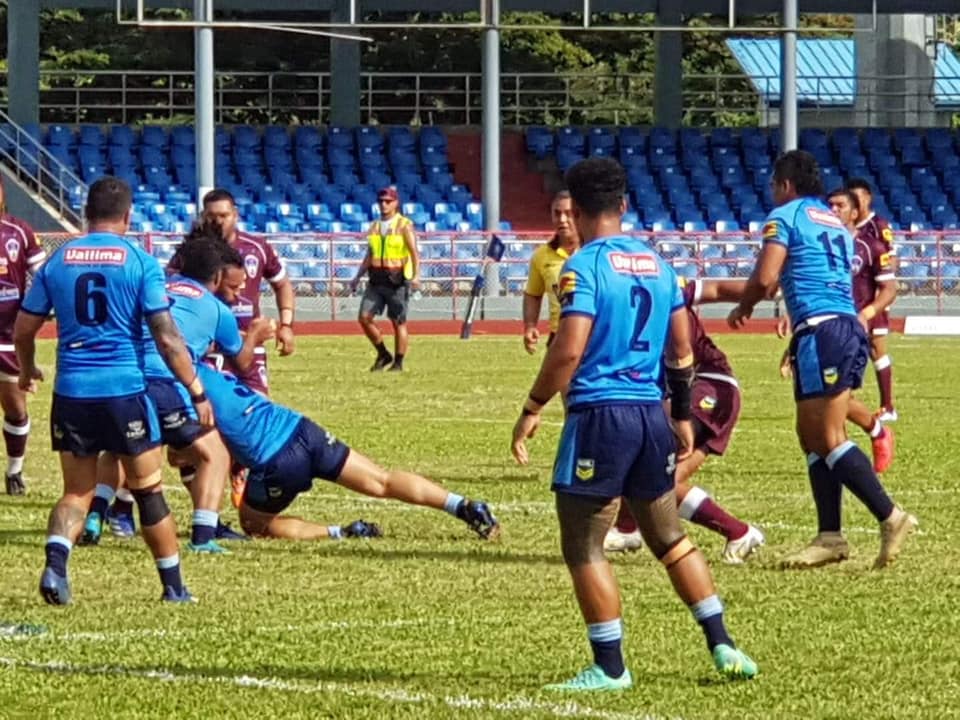 The Savai’i Blues have kept their Origin hopes alive after a tight 24 – 23 win over the Upolu Maroons in Game Two of the Rugby League Samoa Island of Origin series.

Taking place at Apia Park in the Nation’s capital, the match was a must win for the Savai’i Blues’ after they lost the series opener 32 – 26 at Prince Edwards Stadium in Lalomalava last weekend.

Kicking off scoring for the match was the Maroons through halfback David Tavita, who kicked a field goal in the opening play to give the Upolu a 1 – 0 lead. The rest of the half however was all Savai’i, with the Blues scoring tries through winger Ati Jr Tuivasa, fullback Siaosi Siaosi and interchange forward, Alosio Afa.

Halfback Ionatana Tino converted two of the three tries to give the Blues a 16 – 1 lead at halftime.

Faafou Amate extended the lead early in the second half through a penalty goal to see Savai’i lead 18 – 1 before Upolu staged their comeback.

Tries to forwards Tanielu Pasene and Neemia Tiauli, plus another two points to David Tavita saw Upolou crawl back to trailing 18 – 11 before the Blues crossed again through winger Ati Jr Tuivasa.

With just 15 minutes left, the match looked like it was going to be won by the Blues, but Upolou weren’t prepared to give up, crossing through Chris Vaifale and Faresa Faresa to actually take the lead with just five minutes left.

Savai’i secured the lead and the eventual win through a penalty goal in the 77th minute, which was converted by Faafou Amate.

The competition decider will be played next Wednesday.