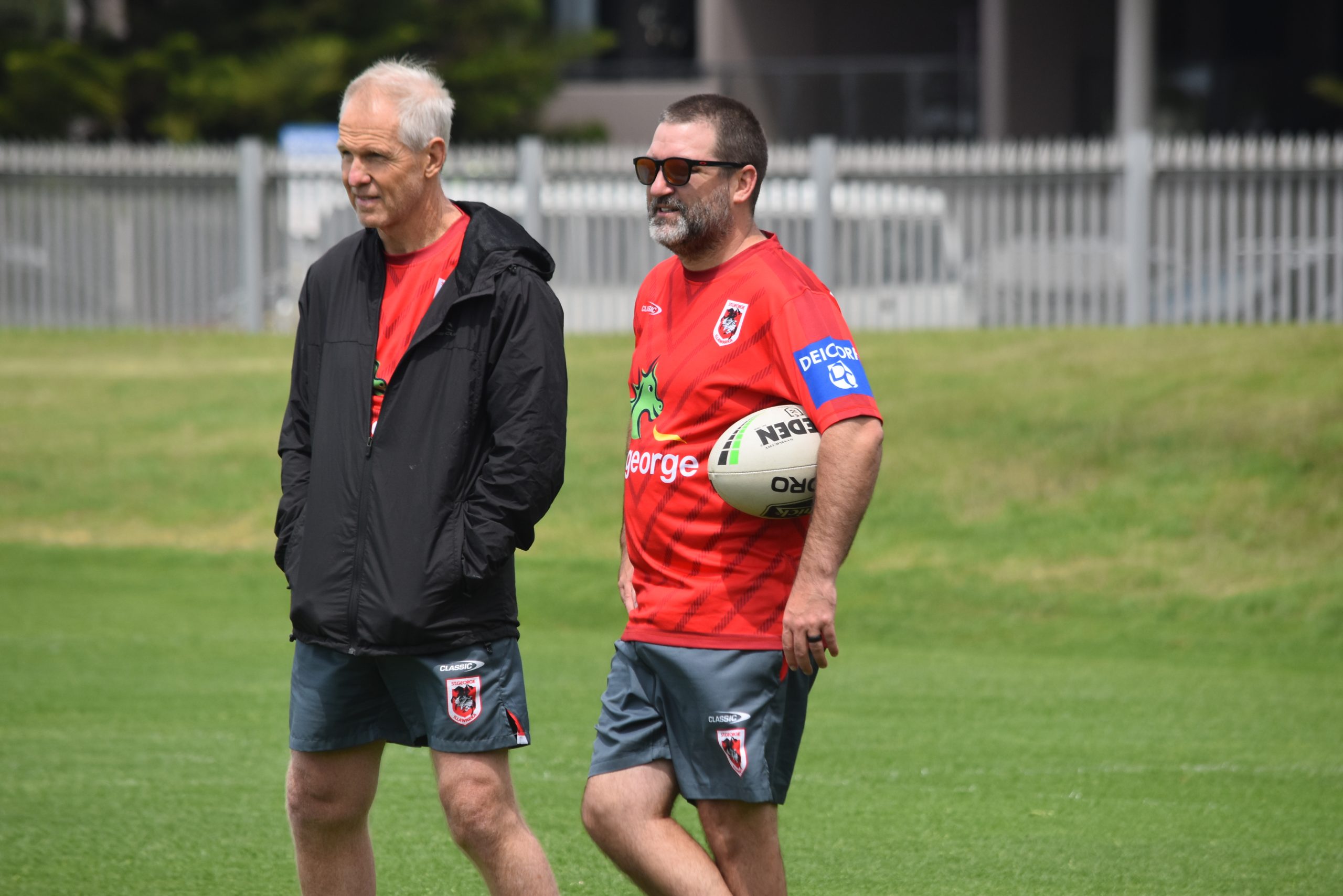 Several key personnel appointments to the Dragons’ football department have been announced ahead of the 2022 NRL Telstra Premiership season.

Mat Head headlines the department’s personnel changes as Anthony Griffin’s new assistant coach, a role he took on in the interim last season.

Peter Gentle will remain as Griffin’s other NRL assistant coach.

Head’s previously held roles of NRL Women’s Premiership and Dragons Academy coach have been reallocated. Jamie Soward and Russ Aitken will join the Dragons in a full-time capacity as a result.

Former Sharks and Storm playmaker Aitken will continue in his role as Knock On Effect Cup coach and will add Dragons development coach to his responsibilities in 2022.

Soward has been named as the club’s new NRL Women’s Premiership coach. The 2010 premiership winner will also have a key role in the Dragons’ Female Academy and continue to act as an NRL specialist coach as part of his role.

Ryan Bailey returns to the club as an athletic development coach. Bailey will act as a vital conduit between the first grade program and the club’s pathways. Additionally, Bailey will become the Dragons’ first full-time NRLW performance manager.

Dragons general manager of football Ben Haran said the new appointments will benefit the entirety of the club’s football operations.

“We are extremely pleased with the quality personnel joining the Dragons’ expanding football department,” Haran said.

“These additions will all play crucial roles throughout the Dragons’ football structure, ensuring a stronger connection between the NRL and NRLW programs, the NSWRL competitions we compete in and our junior representative pathways.

“The Dragons’ dedication to our male and female academies and our vast catchment area will continue with the further allocation of resources toward our development programs.”

The majority of the Dragons’ 2022 squad will return for pre-season training in November.