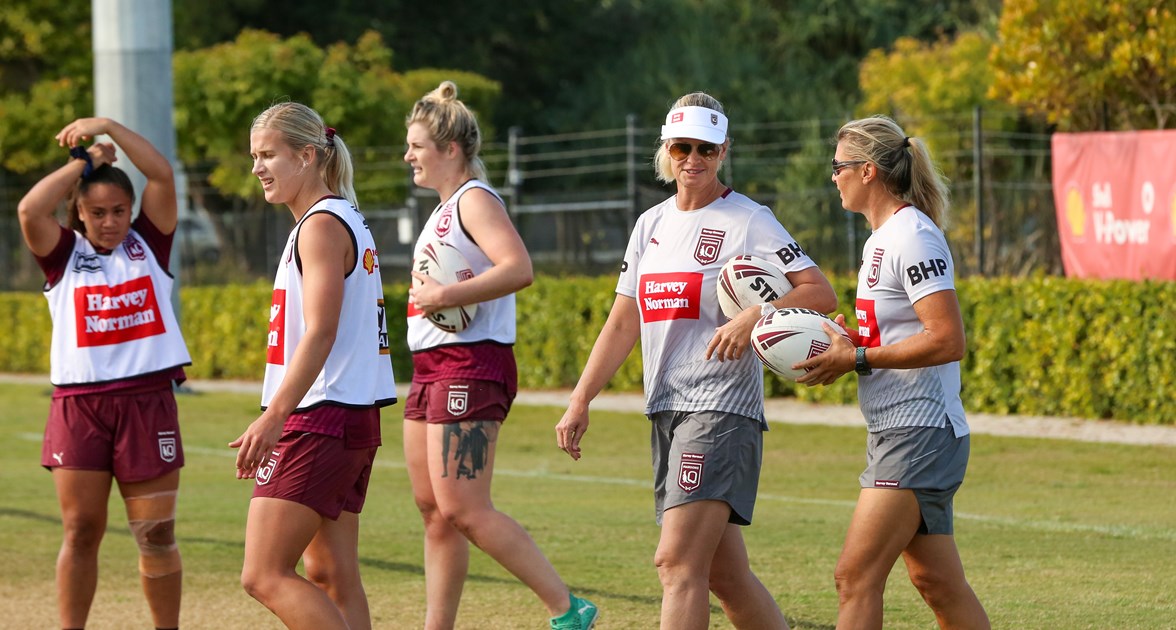 Queensland Rugby League is pleased to confirm the re-appointment of Tahnee Norris as the Harvey Norman Queensland Maroons head coach as she moves into an expanded full-time role to strengthen female pathways and development.

Norris’s appointment follows a breakout 2021 season, where she guided the Burleigh Bears to title success in the BHP Premiership and lifted the State of Origin shield with the Maroons squad.

The former Queensland and Australian representative player has relinquished the Bears role and will start her new position with the QRL on November 8.

“For me, it’s a really good opportunity, especially as the Maroons coach, to actually see what talent is coming through and to be able to have an influence on that as well,” Norris said.

“So not only with the player development side of it, but coach education as well.

“I’m looking forward to the opportunities to grow the Harvey Norman Under 17s and Under 19s program that we’ve now got going, and having some input into that to develop quality players and coaches.”

Norris will also lead strategy on technical and tactical skills for players involved in regional representative programs and competitions.

“I think the fact that the QRL is investing in the female game and taking the funding to the next level for the women, and making sure the pathways are solid, is a massive step forward,” Norris said.

“The big thing for me is that there is no point having the Maroons if you don’t have the base underneath to keep feeding that through.

“It’s about long-term success and I think that comes from being able to combine both the Maroons role and the female pathways position.”

“Tahnee did a brilliant job with the Harvey Norman Queensland Maroons this year and that success will arm her with a lot of momentum and confidence heading into this full-time role,” Sawyer said.

“We are proud to have a female strategy here at the QRL and part of that plan is to develop our people by supporting females into leadership and governance roles.

“By having a fully-integrated, dedicated role focused on female pathways and Origin performance, we’ve taken a key step in activating our strategy.

“As female participation grows, we’ll continue to focus on putting the right support staff around participants, both from a coaching and administration perspective.”

While the annual women’s Origin clash is still some months away, Norris already has one eye on doing whatever it takes to keep the shield in Queensland during a bumper 2022 season that will also include two NRLW premierships, state competitions and a World Cup.

“It will be a new thing for the girls playing so many games in one year, but when it is State of Origin, it is only that one game so we need to make sure we get the best out of the group,” Norris said.