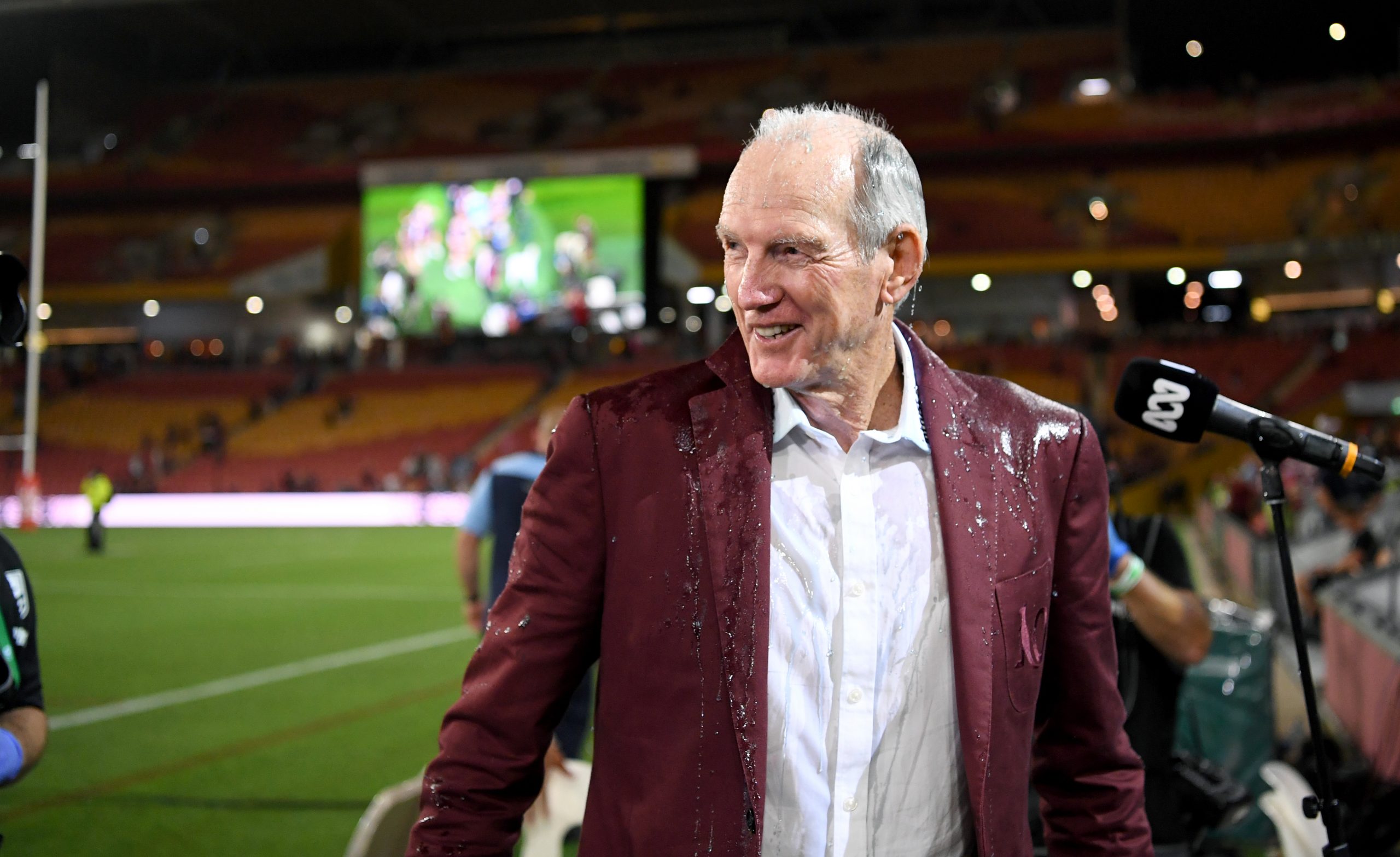 The Dolphins NRL club are delighted and honoured to announce Wayne Bennett as the team’s inaugural head coach, following the historic decision by the ARL Commission to include the Dolphins as the 17th team in the NRL.

After leading the Brisbane Broncos into a national rugby league competition more than 30 years ago, Bennett will return to Queensland with the NRL’s latest expansion club and Brisbane’s new second team: The Dolphins.

Bennett will commence his position as head coach immediately, allowing the Dolphins to build a successful playing roster and football staff to prepare for The Club’s debut season in 2023.

The Dolphins and Bennett have agreed to a four-year deal with the NRL club.

“I’m happy to have come to an agreement with the Dolphins NRL club to serve as head coach, and excited to be coaching back in Queensland at the helm of Brisbane’s second club in the NRL,” Bennett said.

“It’s also very exciting to be coaching a Brisbane expansion team for the second time in my career.

“The Redcliffe Dolphins have a proud history in producing in some of the greatest players and most successful teams in Queensland and throughout rugby league history.

“The Dolphins are an incredibly well-run organisation and I’ve been extremely impressed with the facilities at Moreton Daily Stadium and the club structure under this leadership team.

“I’d like to thank Redcliffe Dolphins chairman Bob Jones, Dolphins Group CEO Tony Murphy and congratulate the new Dolphins NRL club CEO Terry Reader, a man who I have known for many years, think very highly of and look forward to working with again.

“The Dolphins have all the potential to be a real force in the NRL and I hope to turn that potential into a reality.”

Bennett is the greatest coach in the history of top flight rugby league, with seven
premiership wins to his name as head coach of the Broncos and St George Illawarra Dragons.

Incredibly, he has taken four different clubs to national grand finals. He took the Rabbitohs to the 2021 NRL grand final earlier this month.

The Dolphins will be Bennett’s sixth appointment as a head coach in NRL or NSWRL competitions and began his coaching career in the QRL with Souths and Brothers.

Bennett has also had an extraordinary representative coaching career. He has coached Queensland in 22 matches dating back to 1986 and culminating in the 2020 Origin series win – his fifth with the Maroons.

As well serving as Australian Kangaroos coach in several stints between 1998 and 2005, Bennett was the Great Britain head coach and was an assistant coach with the New Zealand Kiwis who claimed a famous World Cup win in 2008.

The Dolphins Group chairman Bob Jones said Bennett reflected the qualities and the culture the Redcliffe Dolphins have strived for throughout their successful history, and he was the best and obvious choice for the new Dolphins NRL club head coach.

“The Redcliffe Dolphins have a history of not just competing, but being the best in whatever we do. That applies to winning record and the culture of the club,” Jones said.

“The Dolphins in the NRL will be no different – that’s why we wanted Wayne Bennett. On the day we were announced as the successful bidder, I said we wanted the best, and in Wayne Bennett we have the best coach in the history of the game.

“On behalf the entire Redcliffe Dolphins organisation and the new Dolphins NRL team, I’d like to welcome Wayne Bennett to the club, and we know with this appointment our brightest years are in front of us.”

Dolphins Group CEO Tony Murphy said another key to attracting a coach of
Bennett’s quality was the elite facilities the Dolphins have to offer at Redcliffe’s Moreton Daily Stadium, as well as the sound financial model of the Dolphins Group.

“The Dolphins Group have around $100 million in assets and already have facilities at Moreton Daily Stadium that would be the envy of any other NRL club. Wayne has been hugely impressed by what we have to offer and our plans for the future of the Dolphins NRL club and organisation at Redcliffe,” Murphy said.

Newly-appointed Dolphins NRL club chief executive Reader said he was keen to join forces with Bennett again after previously working together at the Brisbane Broncos.

“Wayne has a peerless record when it comes to grand final wins, the Queensland Origin team as well the Australian Kangaroos and other international sides, he also has a particularly good record with expansion clubs. Wayne took the Brisbane Broncos to six premierships after entering the competition in 1988, and even took the Canberra Raiders to their first grand final in 1987 in his first and only season as (co) head coach there,” Reader said.

“Time and time again, he just gets the best out of players no matter what point they are in their career. He has unique understanding of the game and what it takes to motivate and help players reach their full potential.”