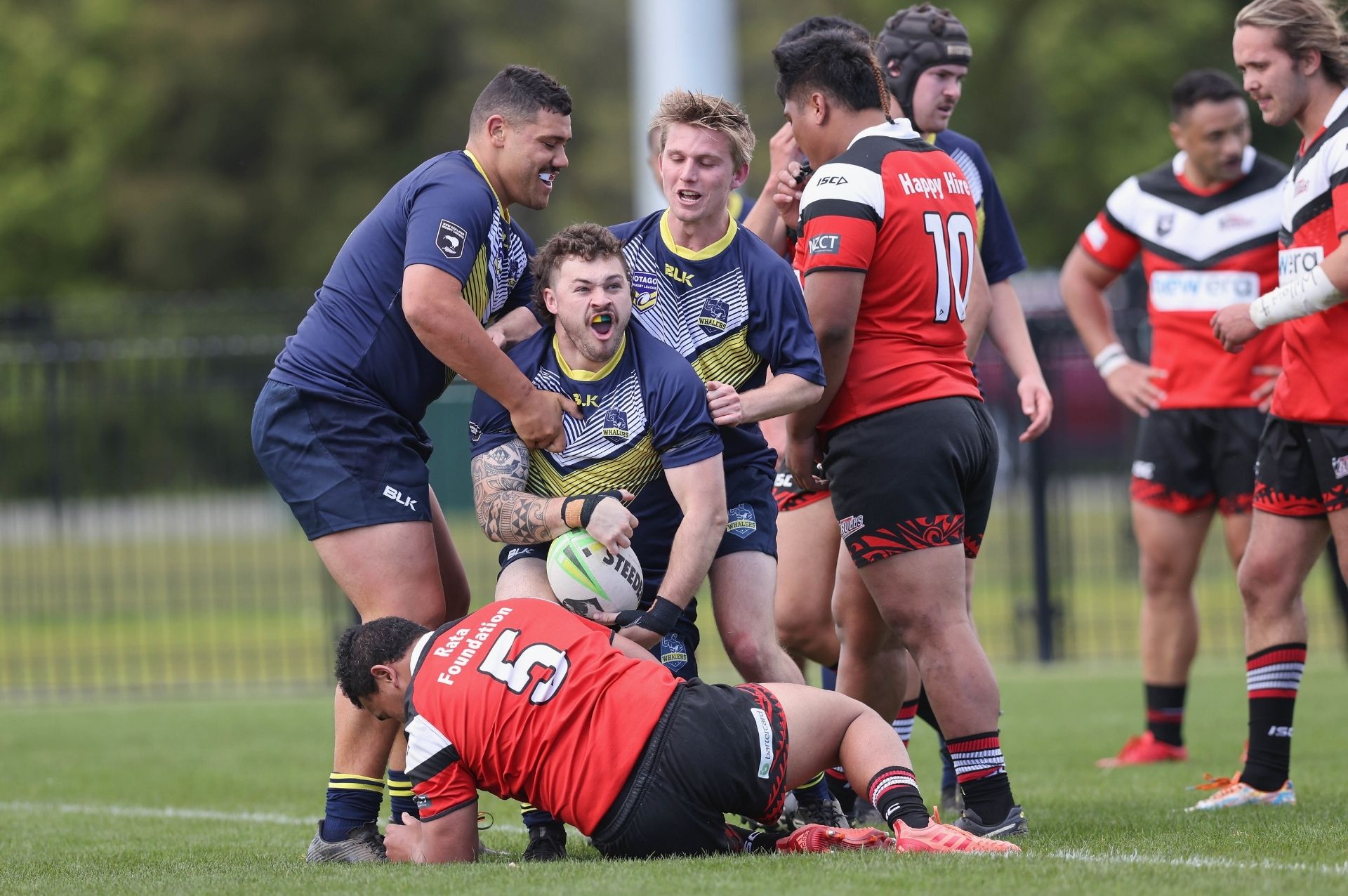 Otago is basking in one of the finest hours in its rugby league history after the Whalers pulled off a stunning 36-28 victory over the New Era Glazing Canterbury Bulls in a South Island Championship thriller at Ngā Puna Wai.

The southern neighbours had not faced off in full-fledged competition in 50 years, but the Whalers showed little regard for reputations and the expected script in a stirring team performance.

The underdogs raced out of the blocks with four of the match’s first five tries and kept their foot on the gas throughout, emphatically earning their win by outenthusing the Bulls on their home track.

Canterbury received the Championship trophy by virtue of superior for-and-against, but the absence of silverware could not detract from Otago’s momentous achievement when they defeated Canterbury for the first time in Christchurch since 1929.

Otago struck the first blow in the fifth minute in spectacular fashion. Halfback Cam Todd created an overlap and fullback Tama Apineru finished off a 60-metre movement after a barnstorming run down the sideline from Mone Palu-Samate.

Todd’s early influence on the contest continued with a slick grubber through the Bulls’ defensive line, swooped upon by powerhouse centre Eteru Ropeti for a 10-6 advantage after 18 minutes.

The strong wind carried the ensuing kick-off dead on the fall, offering the Whalers another gilt-edged attacking opportunity. After Delaney McKenzie climbed to take a Mackenzie Haugh bomb, Jake Fowler backed up on the inside to score the visitors’ third try.

An unlikely upset started to materialise into a genuine possibility as hooker Sione Tonga Nau powered through lacklustre Bulls goal-line defence in the 32nd minute.

Haugh third straight missed conversion into a swirling breeze left the scoreline at 18-6, while winger Charlie Charlie’s try courtesy of quick backline hands – converted from out wide by Toi Sepuloni – pegged Canterbury back to within just six points at halftime.

But Otago again started the better of the two sides in the second stanza. Taking advantage of the Canterbury blindside defence’s lack of urgency, second-rower Thomas McKenzie carved through to score. Haugh drilled the conversion for a staggering 24-12 scoreboard.

A timely flash of brilliance from co-captain Sincere Harraway dragged the Bulls back into the game just before the hour mark, the fullback running off a Sepuloni pass and evading the Whalers’ cover defence.y

But a sensational 40-20 from Haugh with 15 minutes remaining proved a dagger to the hosts’ comeback bid.

Burly forward BJ Tofaeono bumped and twisted his way over for the Whalers’ sixth try a couple of plays later.

The Bulls fortuitously regathered a miscued kick-off and centre Will Tafua kept their hopes alive when he came back on the angle to slice through the Whalers.

The wind and Haugh’s boot provided the platform for the apparent match-sealer, however, as the Bulls failed to prevent the kick-off from going dead. The elusive Tonga Nau dummied his way through for another try from acting half, restoring the Whalers’ 14-point buffer.

Veteran co-captain Phillip Nati gave Canterbury a faint glimmer with five minutes left, crossing under the posts directly from an Otago handling error. The Bulls frantically searched for another try, but the boilover was confirmed when five-eighth Ketesemane Pouli was narrowly denied a late four-pointer by an offside call.