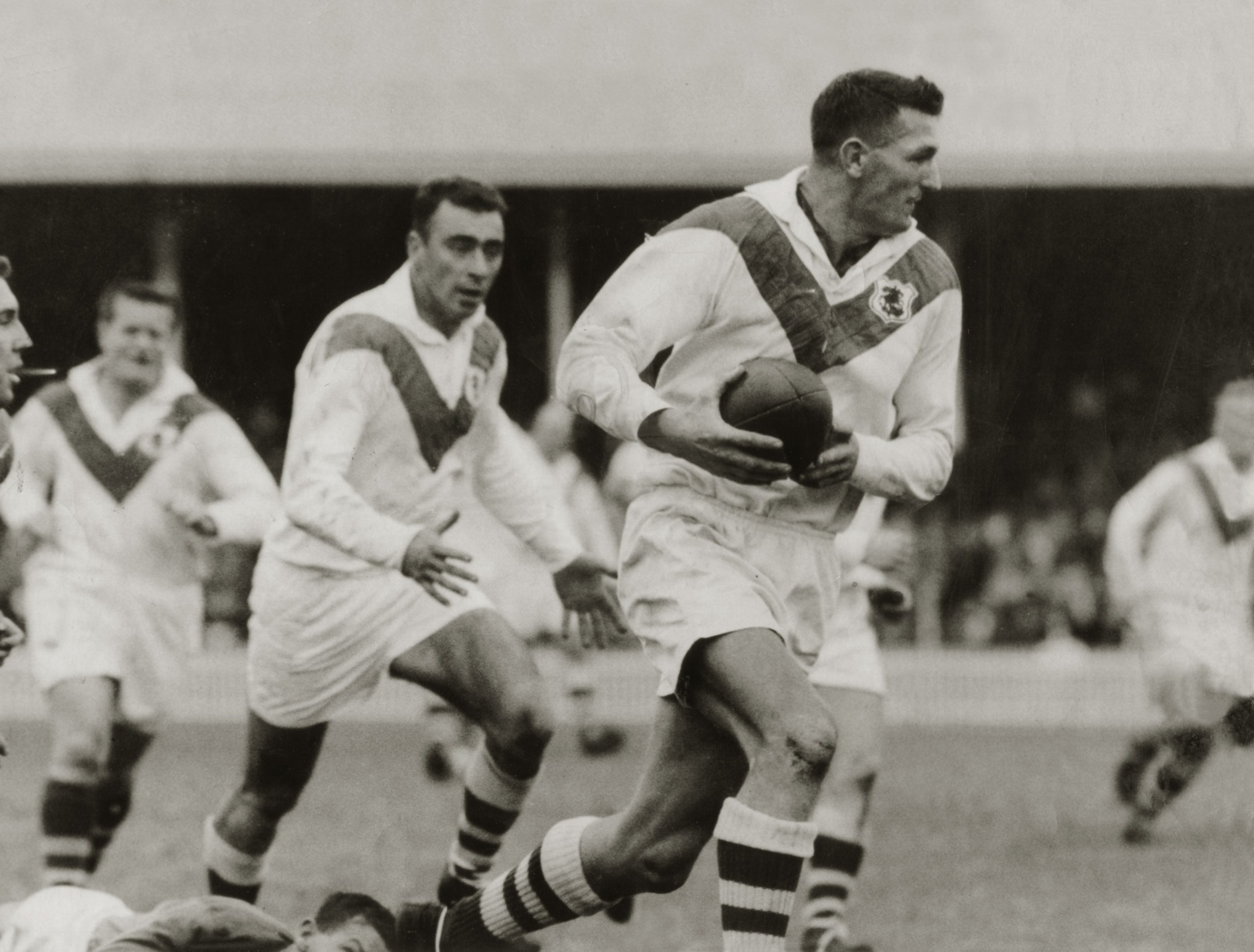 Provan, who alongside Arthur Summons was one of the game’s Gladiators, passed away last night.

“We have lost one of the genuine legends of our game. Norm was revered for his leadership and his courage as a player – but also his incredibly humble, kind and genuine nature as a person,” Mr V’landys said.

“He played in 10 of St George’s 11 successive grand-final victories – the last four as their captain-coach.

“Sadly, the game has now lost both of our ‘Gladiators’. But our Provan-Summons Trophy will live on as an acknowledgement of Norm and his good mate Arthur. They will be missed, but always remembered.”

NRL CEO Andrew Abdo said Provan was one of the most respected figures in the game.

“Norm was a wonderful player and role model. He set high standards for himself and those around him, evidenced by his remarkable achievements,’’ he said.

“Norm played 256 Premiership matches for St George through the 1950s and 1960s, represented Australia on 31 occasions, and was deservedly named in the Australian Rugby League Team of the Century in 2008.

“As an Immortal, Norm’s contribution to the Game will live on forever. Today we mourn the passing of a Rugby League legend.”

“Norm Provan was a true giant who achieved unparalleled success across all levels of the game,” NSWRL Chief Executive David Trodden said.

“He represented NSW, he represented Australia and his record of playing in 10 of 11 premiership-winning teams at the Dragons is something that will never be repeated.

“He was one of the greatest players to ever lace up a boot and an equally great man off the field, who was very humble with an unassuming demeanour.

“It is fitting that he will forever be remembered with the Provan-Summons trophy as he epitomised everything that is wonderful about the game of Rugby League.”

Born in Urana in the Riverina Region on 18 December 1932, Provan played his Junior Football for the Willoughby Roos in the North Sydney District before his family relocated to the St George-Sutherland Shire region.

He was graded by St George in 1950 and played a key role in turning the Dragons into a premiership force, culminating with their record run from 1956.

The lanky backrower was strong in both attack and defence and assumed the role of captain-coach at the club in 1962 to continue their winning ways.

A fitness fanatic who believed in various drills including sandhill running at Cronulla to maintain the players fitness, Provan kept his distance from his teammates in order to make any tough decisions.

He was also a regular in the representative arena, playing his first game for NSW in 1954 before going on to play 25 games for his state including against touring sides.

He made his Test debut also in 1954, was selected for the 1956 Kangaroos Tour, was part of the 1957 victorious World Cup squad and went on to play 18 Tests for his country.

Upon his retirement in 1965 with 78,065 fans cramming in to the SCG to farewell him with another Grand Final win, Provan tried his hand at coaching.

He had stints at the Dragons (1968), Parramatta Eels (1975) before his greatest success coming at Cronulla-Sutherland Sharks in 1978-79 which included their Grand Final loss in 1978.

Provan and Summons have adorned the premiership trophy since 1982 with the image symbolic of the camaraderie and mateship in Rugby League.

“If I drop dead tomorrow, I will always be happy with the life Rugby League has given me,” Provan said in 2013.