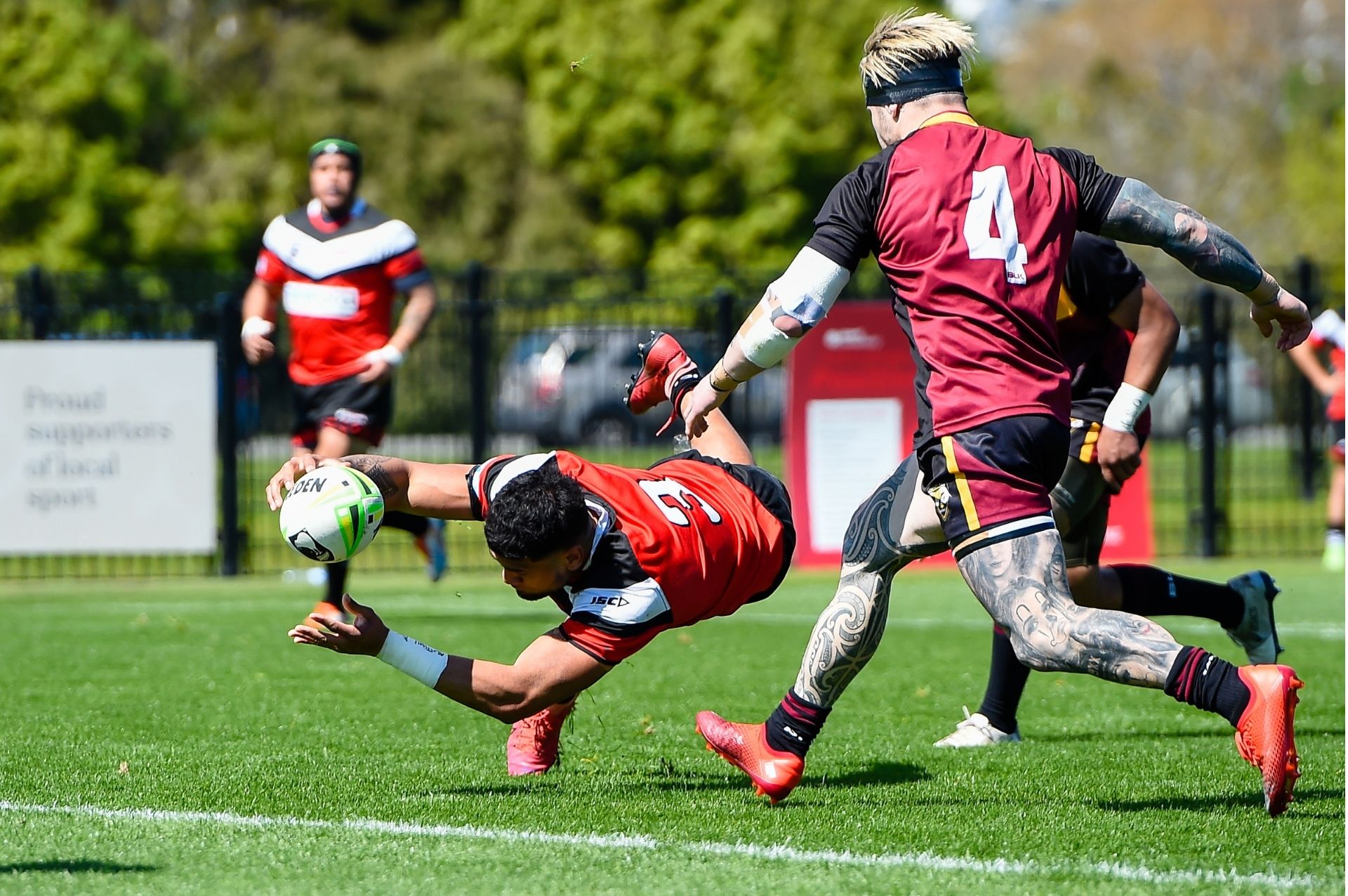 The Otago Whalers have grabbed their first victory in 2021 NZ Men’s National Premiership, convincingly beating the West Coast Chargers 56-4. Peter Johnstone Park played host as the home team got out to an early 16-4 lead and did not look back. The Whalers piled on the pressure and showed a professional display avenging their defeat to Southland last week.

Meanwhile, also on Saturday, Wainuiomata hosted Men’s National clash between the Wellington Orcas and the Mid-Central Vipers, in a tight wrestle of a match.

The sides both traded scores going blow for blow until a penalty for Wellington gave them an opportunity to score and open the floodgates. Wellington went on to score 30 unanswered points as they asserted themselves into the game and began to show their class. The Mid-Central side hit back with a beautiful chip and chase to bring them to within 14, but an error from the Vipers let the Orca’s back in and scored three straight to finish off the game.

On Sunday Nga Puna Wai played host to the clash between the Canterbury Bulls and the Southland Rams.

The first half was an impressive arm wrestle between the two South Island teams. Pio Ioane opened the scoring for the home-side Bulls but a determined Korey Pennicott answered straight back for the Rams. Ethan Plasskett put the Bulls back in front before Penitito Ilalio scored an intercept try defusing what would have been a guaranteed Southern four-pointer. The Ram’s answered back as Jiuta Navakuka jumped on a beautiful in goal grubber from half-back Anisoni Kaufononga, bringing it back to a four-point game. The Ram’s attitude never wavered forcing a plague of Bull’s errors as the home team were unable to capitalise on field position. The halftime hooter sounded as Canterbury held on to a 16-12 lead.

Sincere got the scoring underway for the home team in the second forty but the Ram’s answered straight back through star halfback Anisoni Kaufononga, bringing it back to a four-point game. A series of tough calls went against the Rams and the Bulls capitalised. Momentum was with the home side for the remainder of the half as the Bulls came away with a 38 – 18 win.