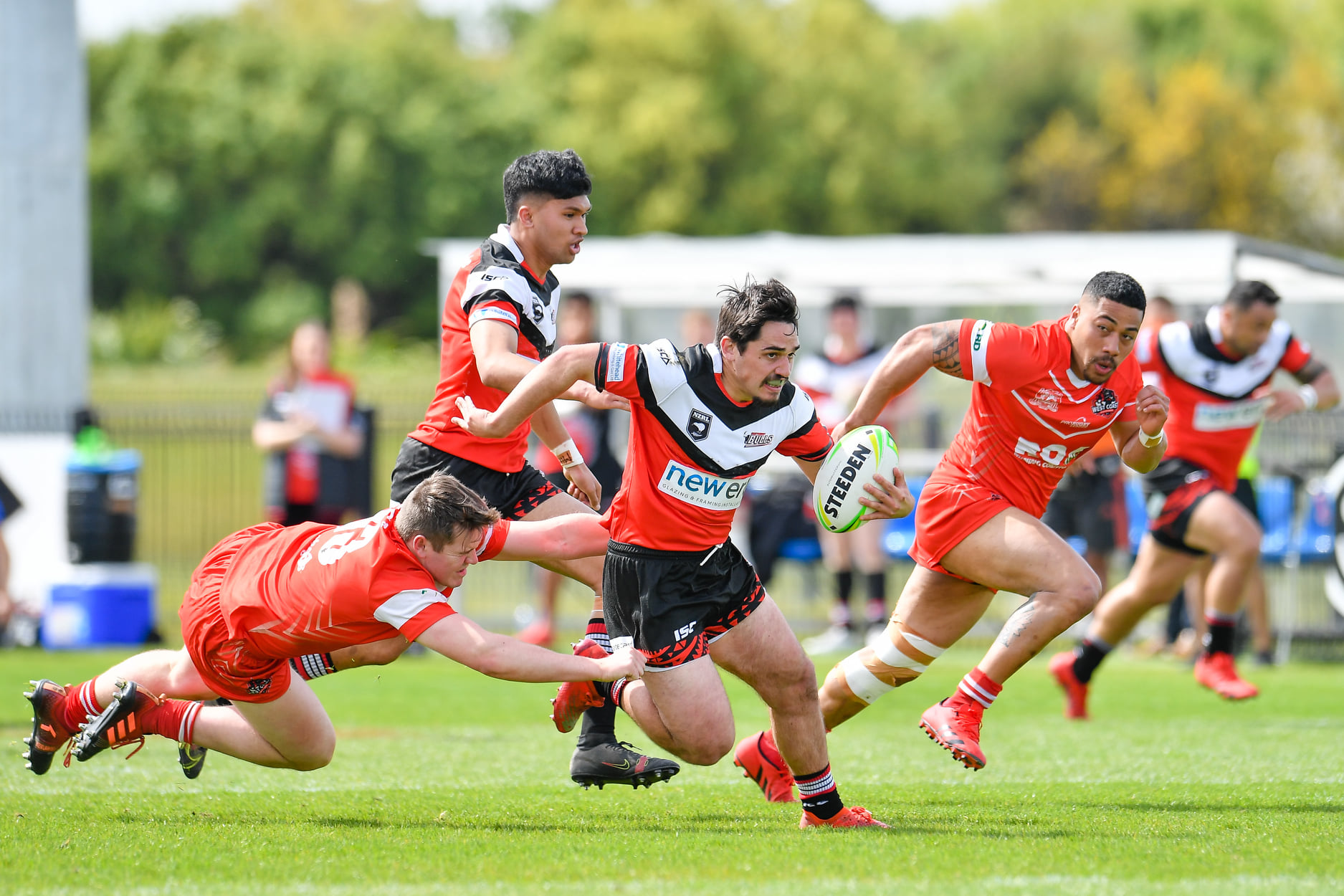 Davies Park in Huntly held the opening match of the Central Zone, with Waikato running away 54 – 16 winners over Wellington.

Waikato started strong and dominated throughout as they piled on the points early. Tries to Filipo and Ulaula brought the Orcas back within striking distance, but they couldn’t overcome a clinical display by Jayden Flood, who scored four of his own in the first stanza. Former Kiwi Te Maire Martin made his return to representative rugby league and had his footprint all over the game, scoring two and assisting three.

In Invercargill, the Southland Rams bounced back from their Week One loss to the West Coast Chargers, with a 28 – 18 win over the Otago Whalers at Elles Road Park.

On Sunday, the Canterbury Bulls opened their National Premiership campaign with a convincing win over the West Coast Chargers. Toi Sepuloni opened the scoring for the Bulls in the first two minutes, with the side dominating the first forty minutes with six more unanswered tries before the halftime break as the Chargers struggled to get their hands on the ball.

Despite the one-sided display, the West Coast chargers earned themselves their first points of the game to begin the second forty through five-eighth Jordan Duggan. However, momentum was short-lived as the Bulls answered back quickly off a West Coast mistake shortly after.

From there, the Bulls ran away with the game, too good for the Chargers scoring seven more unanswered tries, taking the total Bulls’ try tally to 15, earning themselves a convincing 82 – 6 victory.