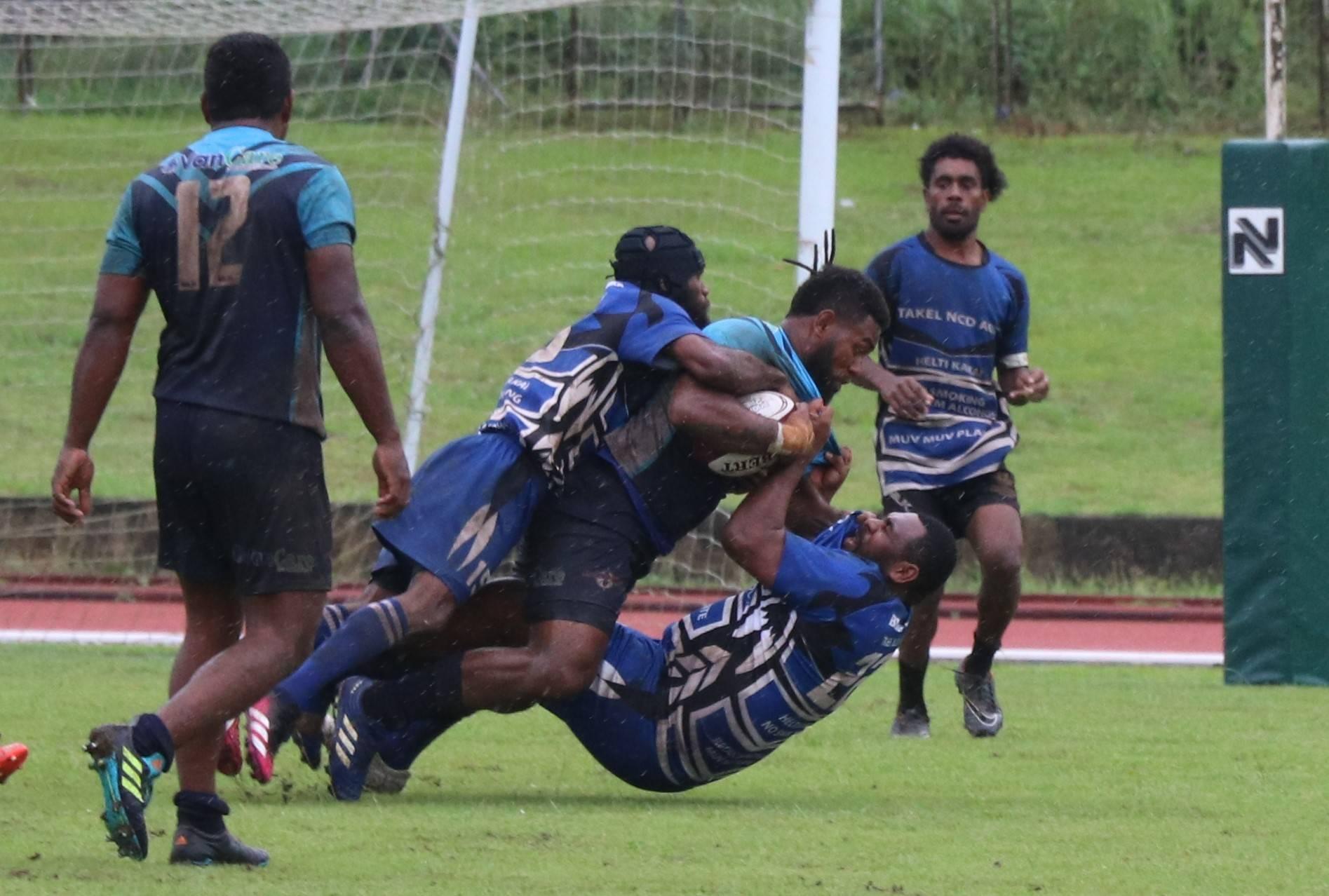 The Vanuatu Police Forces and Port Vila Warriors have successfully defended their Port Vila Nines titles after winning their respective Men’s and Women’s Finals at a wet Korman Stadium over the weekend.

In the Men’s Final, it took until the final minutes of the match for the ‘Blue Machine’ to secure victory against a strong University of South Pacific (USP) Ruggers outfit. Despite the Ruggers coming into the Final off the back of their attack, the University aligned side showcased their defensive strengths in the match, repealing the Police side in the first half, whilst crossing through Malakai Waqatabu to setup a 4 – 0 lead at halftime.

In the second half, USP continued their strong defence until the final minutes of the game when Ifira man Manu cross for the match winner, and Keleto Doloka slotted the conversion.

In the Women’s tournament, the Port Vila Warriors defeated Tanvasoko to successfully defend their title, whilst in the Under 15s Championship, the Pacific Warriors took on the Island Warriors in the Final to secure their victory.