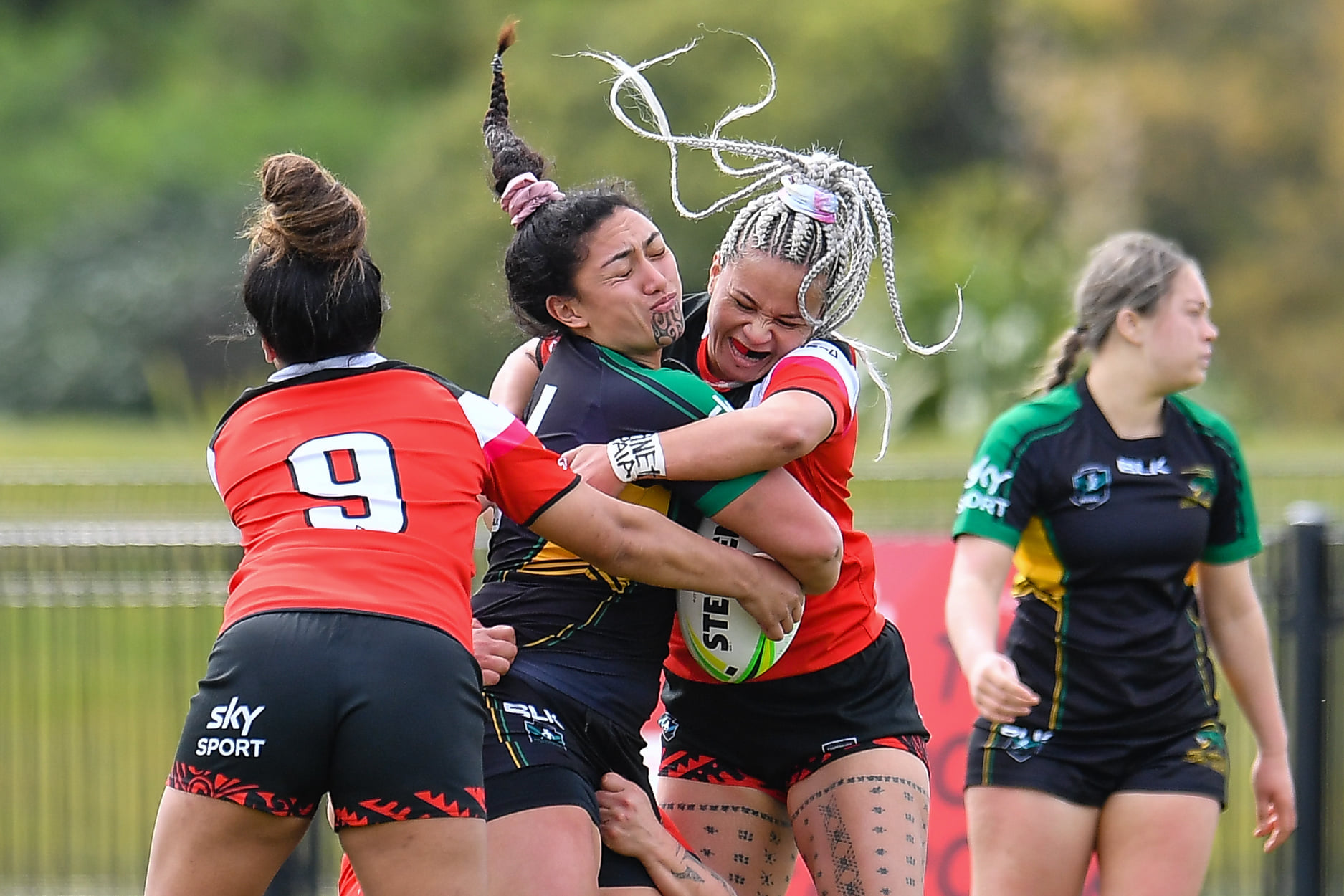 Last year’s NZRL Women’s Championship winnners, Upper Central, kicked off their 2021 campaign with a 32 – 4 win over Wellington in Huntley.

The Stallions came out of the blocks strong and never relinquished the lead after Manirewa Howell’s opening score in the third minute. Harata Butler and Ngamoko Totorewa both scored doubles in the solid Upper Central win.

Meanwhile at Nga Puna Wai in Christchurch, the Canterbury Bulls kicked off their 2021 season with a strong win over the Mid Central Vipers.

The Vipers had all the momentum to begin the game as Odelle Junior Edwards opened the scoring for Mid Central. Hooker Paris Paul kept Canterbury guessing as she went over for the Vipers second shortly after.

After 20 minutes, Canterbury fullback Dayna Napa opened the scoring for the home team, and it was all Canterbury from there.

Gloria Su’a scored off a Poko cross-field kick shortly after, while Poko dotted one down for herself right before the halftime hooter, giving her side a 16 – 8 lead.

Canterbury maintained their dominance right throughout the second half with four unanswered tries to the home team, securing themselves a convincing 38 – 8 victory over the Mid Central Vipers Women.