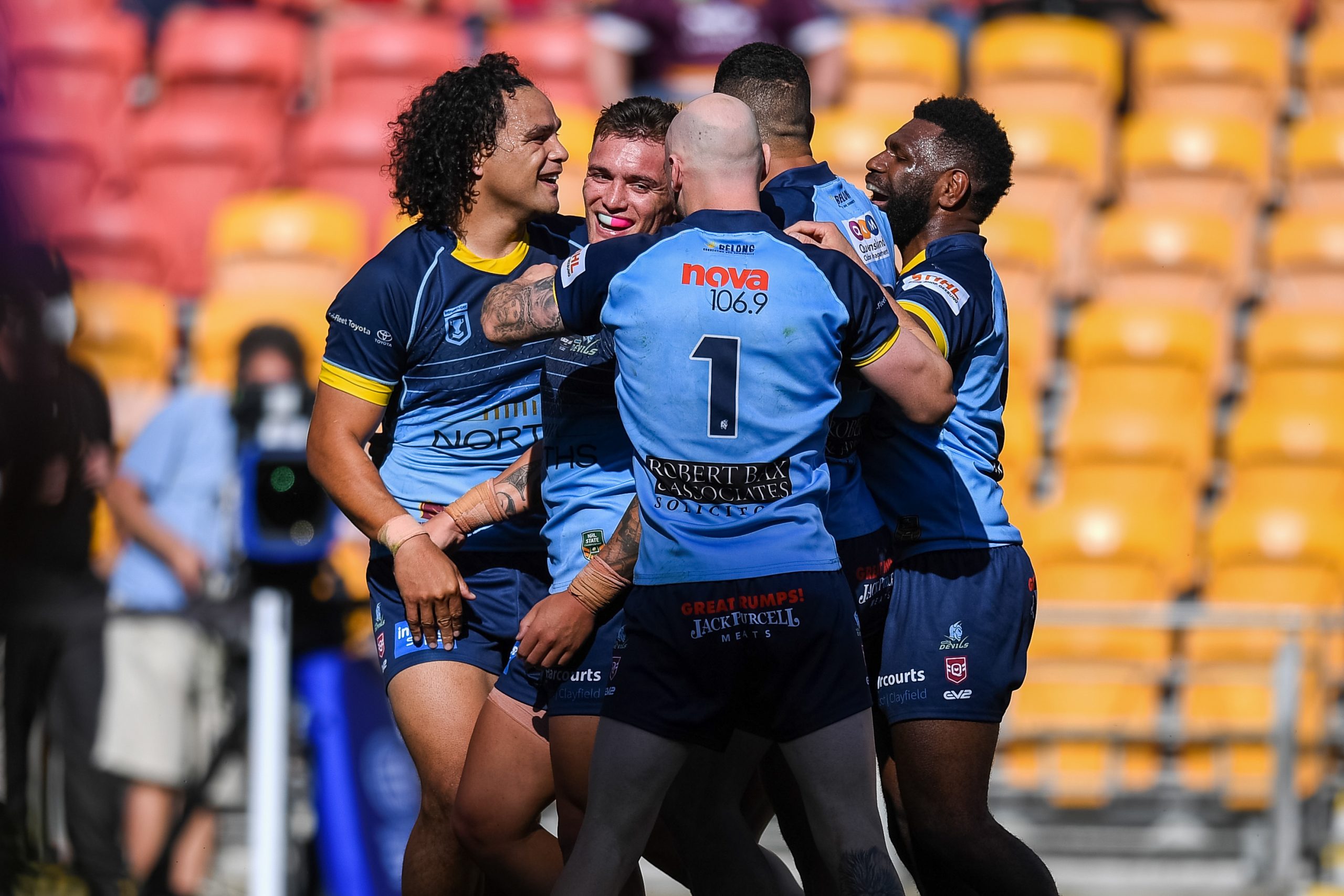 The former New Zealand representative leant on his big game experience to lead from the front in the clash at Suncorp Stadium, scoring a try and assisting in another to be the lynchpin for the minor premiers in their middle third.

Levi was one of several first grade stars who applied their trade in fashion for the Devils, with Tyrone Roberts, Leivaha Pulu and Nene MacDonald also putting their names in lights in the complete performance for Rohan Smith’s men.

“[I’m really proud of] the way we stayed together. It was hot and hard and playing against the experienced defending premiers; [Burleigh] are a quality team and well coached and I was just impressed at how the boys played together through the hard parts and did enough,” the Norths Devils coach said.

“[Looking ahead to next week], we’ll focus on recovery first and then just get our heads around the next opportunity.

“Obviously, they’re a great team and strong right across the field and there’s a real camaraderie around what they’re doing there so we’ll have to be good next week.”