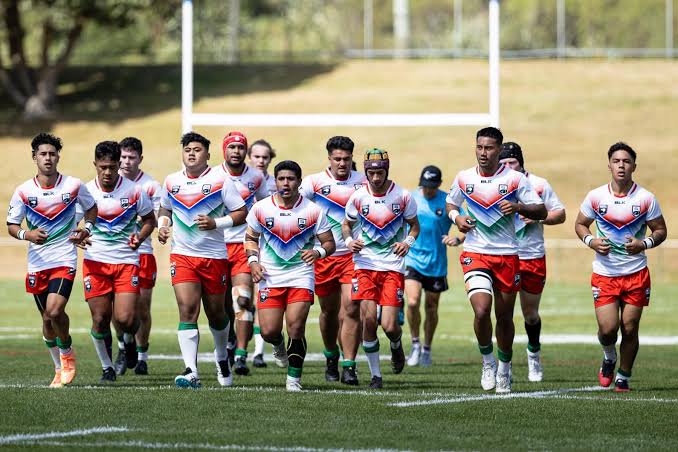 Sosaia Alatini scored the opening try of the Youth Competition for the South Island Scorpions.

The Scorpions domination of the match continued with tries from Cairo Rangihuna-Ruri, Aston Wilson, Dakota Kakoi, And Meihana Pauling in the first half alone.

The second half saw the Scorpions with a lead of 30 points to nill. Rangihuna-Ruri opened the half with his second try, followed by the Wellington Orcas first try of the match by Caleb Carroll. Scorpions came back again with tries from Zeke Faga-Leti and a hattrick for Rangihuna-Ruri.

The final score was 42 – 6 to the South Island Scorpions.

It was the 18s turn to take the field in a much closer match-up compared to their 16s counterparts.

Jordan Chapman scored two tries, Teo scored his second to pull out into an early lead. Scorpions answered back with tries of their own from Caleb Murphy, Martino Boi, and Arlan Perez going into an even 20 – 20 half-time.

Scorpions open the scoring in the second half with tries to Oliver Lawry and a second for Perez. Wellington’s Simeona Saumolia scored his first and George Teo scored his hat trick close to the end of the match.

The Scorpions though too strong for the Orcas closing out the match with a try from Ngaheke Nepata. The final score 38 – 28.

The action continues tomorrow when Mid Central 16s & 18s take on the Upper Central Stallions in Palmerston North from 11am.