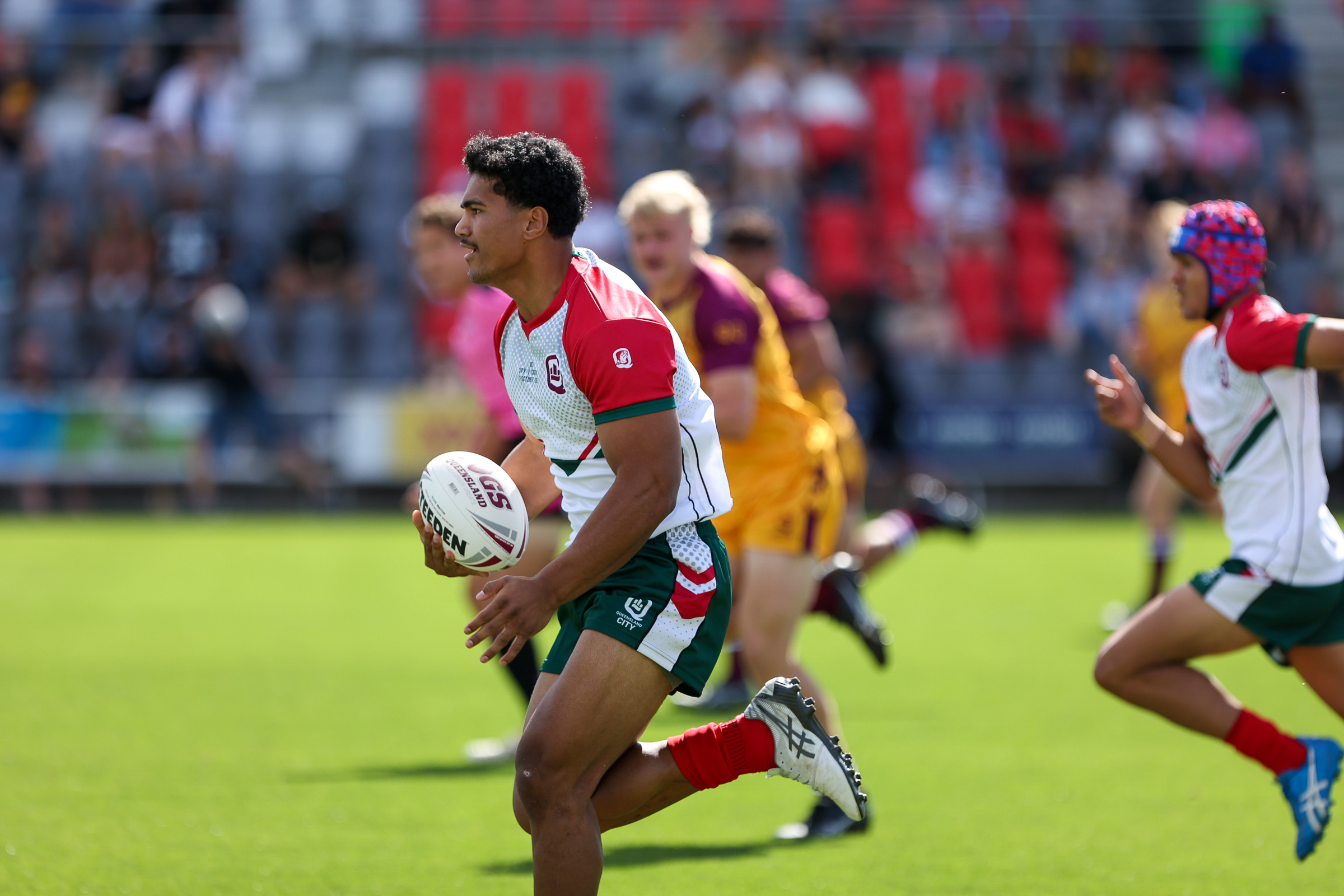 Queensland Under 17 City Boys prove too strong for Country

The Queensland Under 17 City – Boys team proved too strong in their representative match, claiming a 52-20 win at Moreton Daily Stadium against their Country counterparts.

At half-time, Country were trailing 28-10, but scored the final try in the first half to stay in the match.

However, they were overpowered in the second as City went on with the victory with both Jye Gray and Robert Toia getting doubles for the match.

Joshua Lynn kicked eight from nine conversions and score a try of his own to boost the winning tally.

Successful City coach Jesse Maclean said he was happy with the way his team came together during the build up to their game.

“Camp was really good, all the City boys have played against each other before, so that’s a head start,” Maclean said.

“The Country boys, their geographical spread is a lot bigger than here, so that was more challenging for them no doubt, but the quality of the game today, the boys all identified it as really fast so, the camp was good, lots of relationships being formed so hopefully we can stick with them for the next couple of years.”

Outstanding hooker Blake Mozer was awarded player of the match honours, but his halves Gray and Lynn also had strong games which translated to good performances across the team.

“Jye Gray and Josh Lynn were outstanding, Josh was coming in off an injury,” Maclean said.

“Jye’s a really good footballer, his favourite player is Cody Walker from the looks of his footy, he’s got a lot of potential.

“It’s a really good group, no one was out place.

“We knew what we were good at, our hookers were really sharp, the boys have got footy in them, they are not afraid to throw the footy around; you just need equal possession to get to the point where you can.”