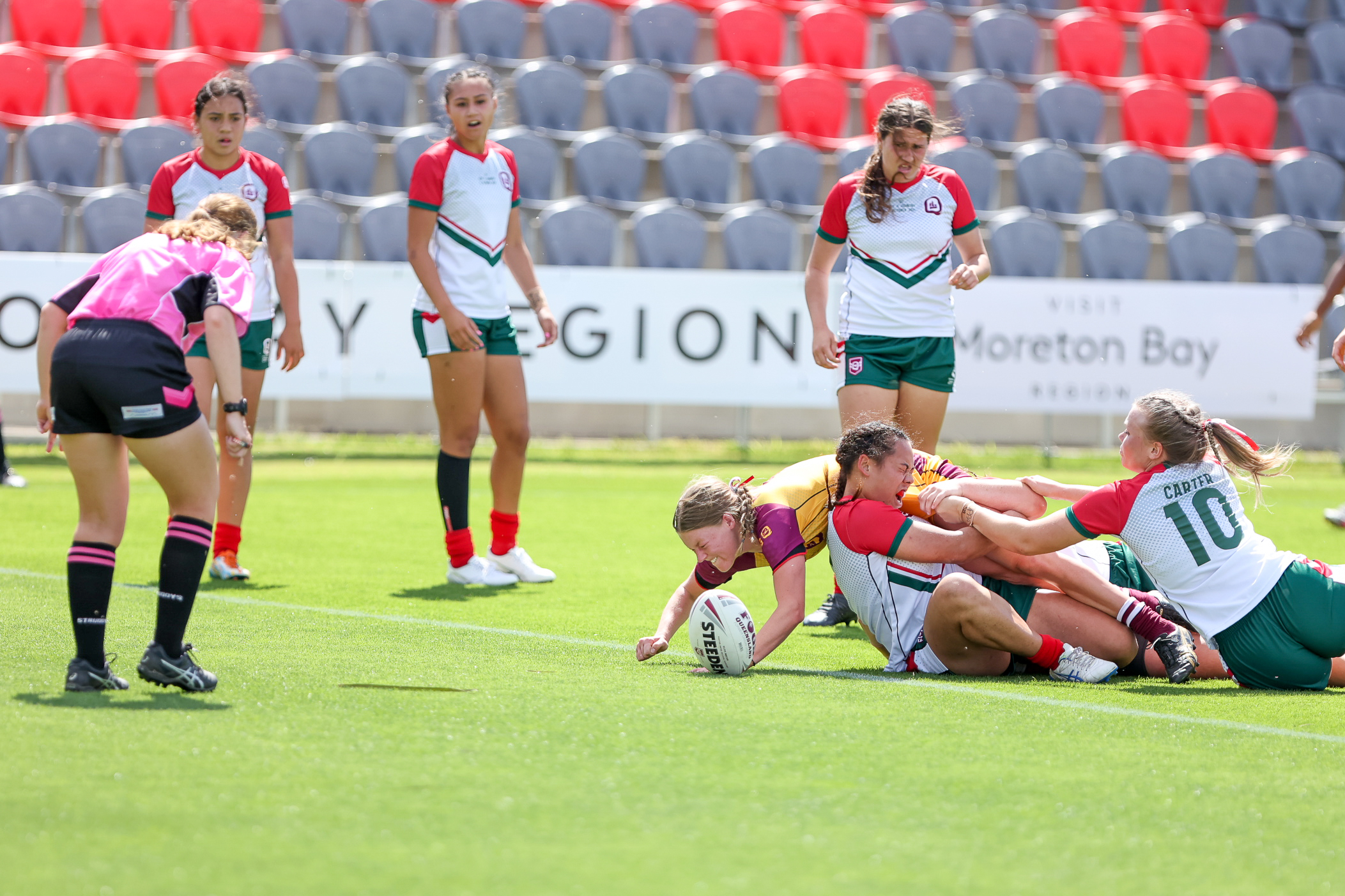 The Queensland Under 17 Country – Girls came from behind twice to clinch a thrilling victory in an entertaining game at Moreton Daily Stadium.

At half-time, scores were locked at 10-10, but City had started the better with two quick tries to powerful prop Jacinta Carter and speedy winger Ebony Raftstrand-Smith before Country clawed back to stay in the match.

In the second half, City again got out to a lead in an almost carbon copy start, before the Country side showed grit and determination to fight their way back, with a Jayde Herdegen, who was named player of the match, getting scores level just before the fulltime siren.

Country halfback Emily Bella was able to convert the try as the siren sounded to clinch the win.

Country coach Amanda Ohl was proud of the effort of her players, given the way they were able to fight back after straying initially from their game plan.

“We had a Country mentality … it was a really spirited, heartful effort from the girls.

“We didn’t start either half very well, but we have got a nice group and they got right behind each other and fought for the win.

“In Country style, they fought for the win.

“It’s a lifelong moment for young Em to kick the ball over the sticks with the siren gone.

“We knew that coming in, anyone who had anything to do with the Country side knew and were all excited for one thing and that was Emily and Jayde playing on the same field together, they are the pinnacle for Under 17s at the moment and when the game was on the line, they both stood up.”