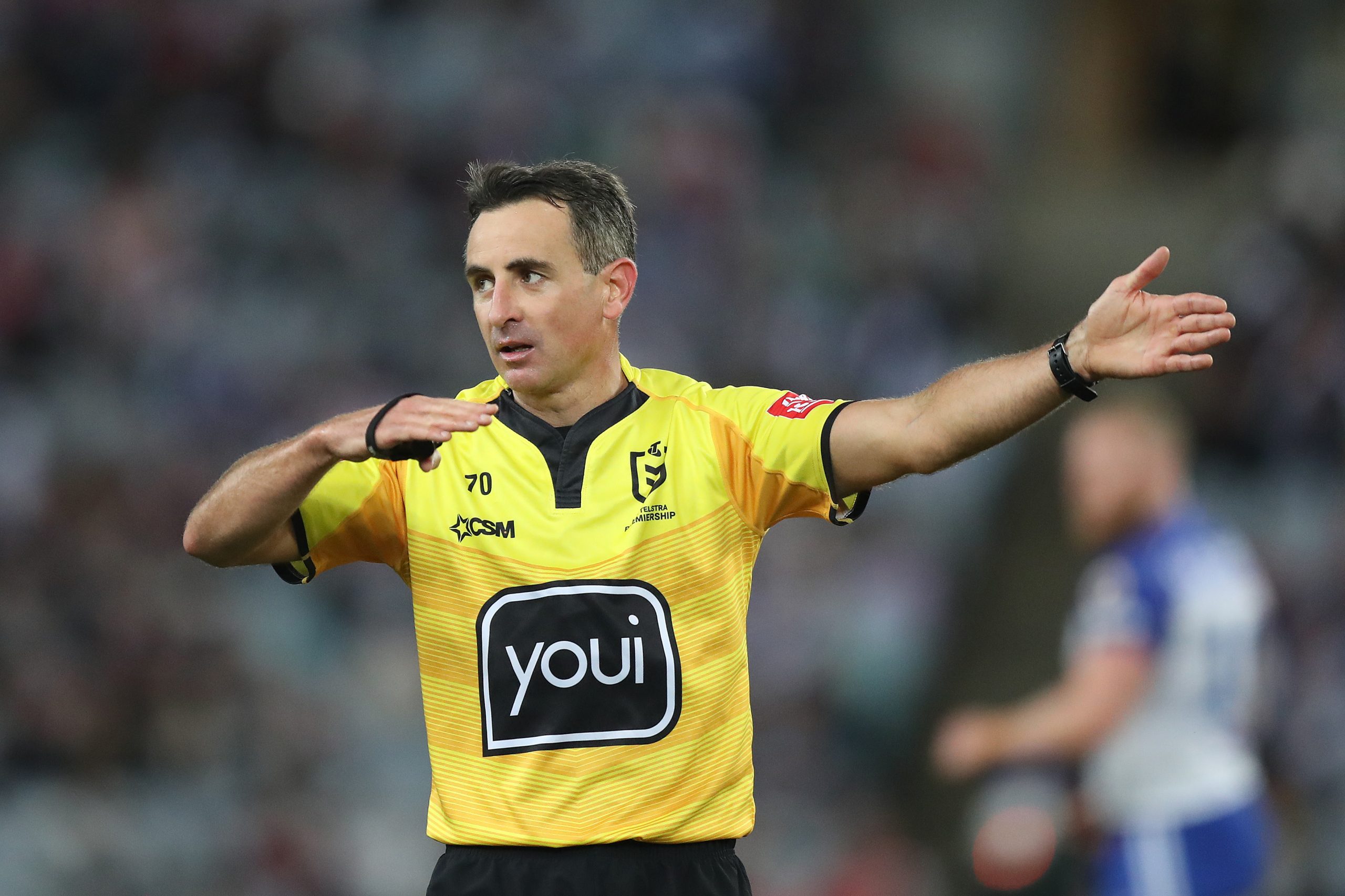 Gerard Sutton will referee his seventh NRL Telstra Premiership grand final – and fifth in a row – when Penrith meet South Sydney on Sunday.

The NRL announced the match officials on Tuesday, with David Munro and Todd Smith to serve as touch judges and Grant Atkins appointed as the Bunker Review Official.

NRL Head of Football Graham Annesley said Sutton’s work with whistle in hand during the year was reflected in the decision.

“Gerard has enormous experience in the biggest matches in recent years and deserves to referee in the Grand Final,” Mr Annesley said.

“This will be his seventh Grand Final – and his fifth in a row – which is a phenomenal achievement.

“Gerard refereed all three of the Ampol State of Origin matches this year – and now has 22 interstate matches to his name – and that sort of big-match experience is invaluable.

“This has been a year like no other. Like the teams, the officiating squad has operated under extreme circumstances, but their performances throughout have been excellent,” Maxwell said.

“I’d like to congratulate all the referees on their dedication across the season, and particularly to the Grand Final Match Officials for their abilities and achievements.”

The match officials for the NRL Telstra Premiership Grand Final are: