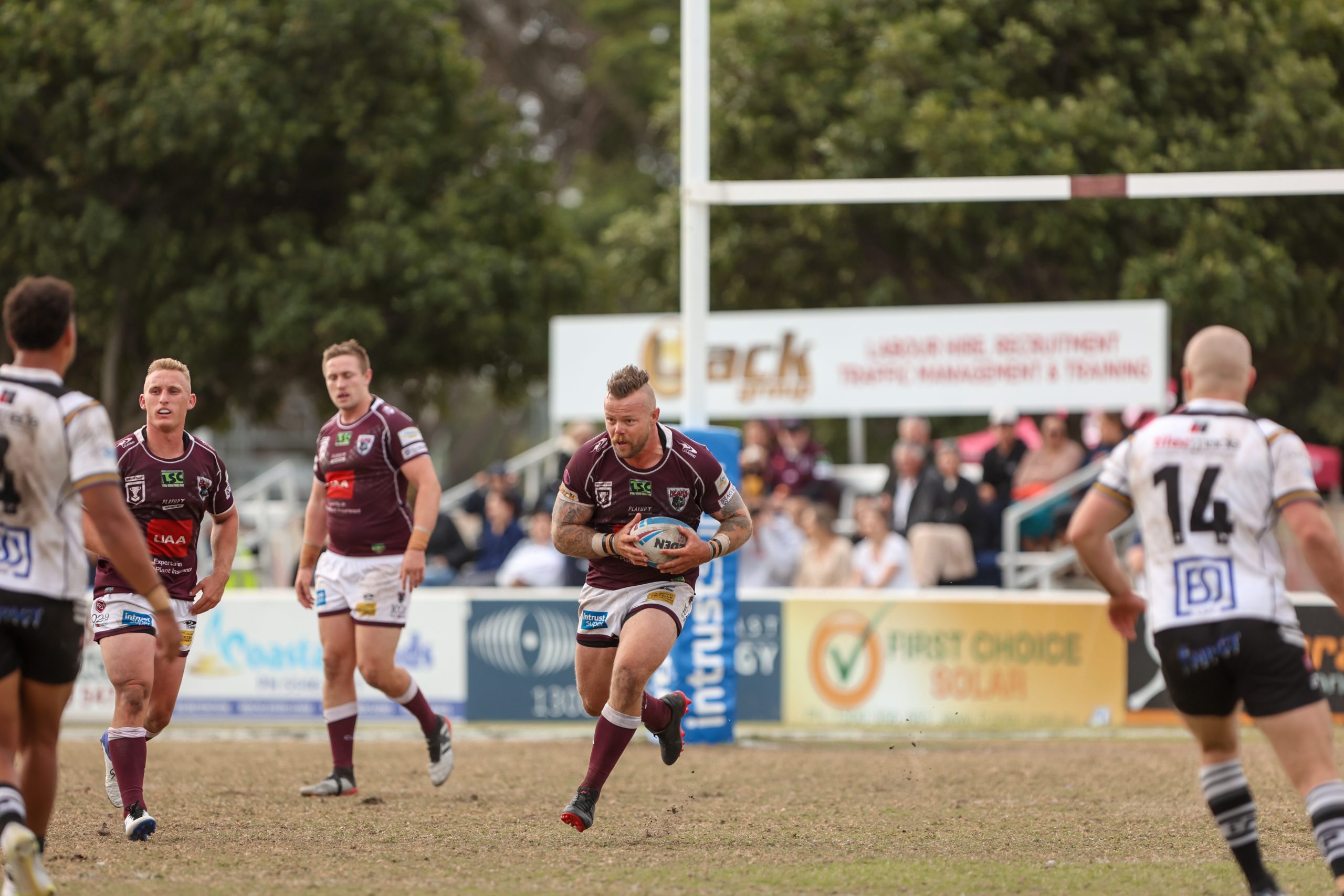 The 2019 premiers the Burleigh Bears are through to a grand final qualifier after downing a gusty Souths Logan Magpies at Pizzey Park with a tough 16-4 win.

The Bears were coming off a loss to the Wynnum Seagulls last weekend, while the Magpies accounted for the Townsville Blackhawks in Finals Week 1.

Their last games are of contrasting styles; the Bears aim to produce tight defence, while Souths are an attacking side that think 30 points is a slow day at the office.

Today however, Magpies were without the 2021 Rookie of the Year Ezra Mam who pulled out with a knee injury before kick-off and were also missing their hard-working skipper Rory Ferguson.

In front of their home fans, Burleigh switched into finals mode early and applied pressure with their defence, holding off the Magpies despite testing short kicks from Josh James and Cory Paix.

The Burleigh ‘wall’ was firmly in place and in attack, it took 20 minutes for the Bears to string together some offloads that stretched the Magpies middle third.

Pat Politoni found a rampaging Jeff Lynch with the Keebra Park youth worker teaching the young Magpies forwards all about finals when he went over under the posts to give the Bears a 6-0 lead and his first try since 2019.

The Bears backs liked the look of that and Burleigh’s next try showed width and a terrific flick pass from Sami Sauiluma found Curtis Dansey-Smaller who scored his fourth try in his fifth game this season for the Bears.

At half-time, the Bears led 10-0 with 59 per cent of the ball the Magpies had to turn around the possession imbalance that was making them do too much defence. The Magpies had 20 missed tackles compared to the Bears economical five.

Souths Magpies looked to their experienced fullback Jaymane Isaako who produced the goods with a magnificent pass for Benaiah Bowie to score in the left-hand corner and give the Magpies plenty of hope with 20 minutes left to play.

However, when the Bears needed a reply, they went to their final’s specialist and fullback Kurtis Rowe. The 2019 Duncan Hall Medallist knows what finals are all about and he chased the kick and came up with the six points for the Bears to go further in front.

With that try, Burleigh had secured their 16-4 win.

The Bears have found form and will be rolling on to their third grand final qualifier in a row on the back of excellent defence.

Overall, the Bears made 40 more tackles than the Magpies, but missed 14 fewer; that’s finals defence.

Bears retiring captain Luke Page said he was ready to make sure his career doesn’t end at Suncorp Stadium next week.

“Mate it’s time to finish up, I have a baby now and footy takes up a lot of time,” Page said.

“Our defence was great today, it is the Bears way, defend your way to a win and we have really focused on that the last two weeks.

“We can’t wait for Lang Park next week.”

For Souths Logan, it was a tough way to end their promising season which unearthed some young talents with players from their younger grades like Mam and Creedence Toia finding a home in the top grade.