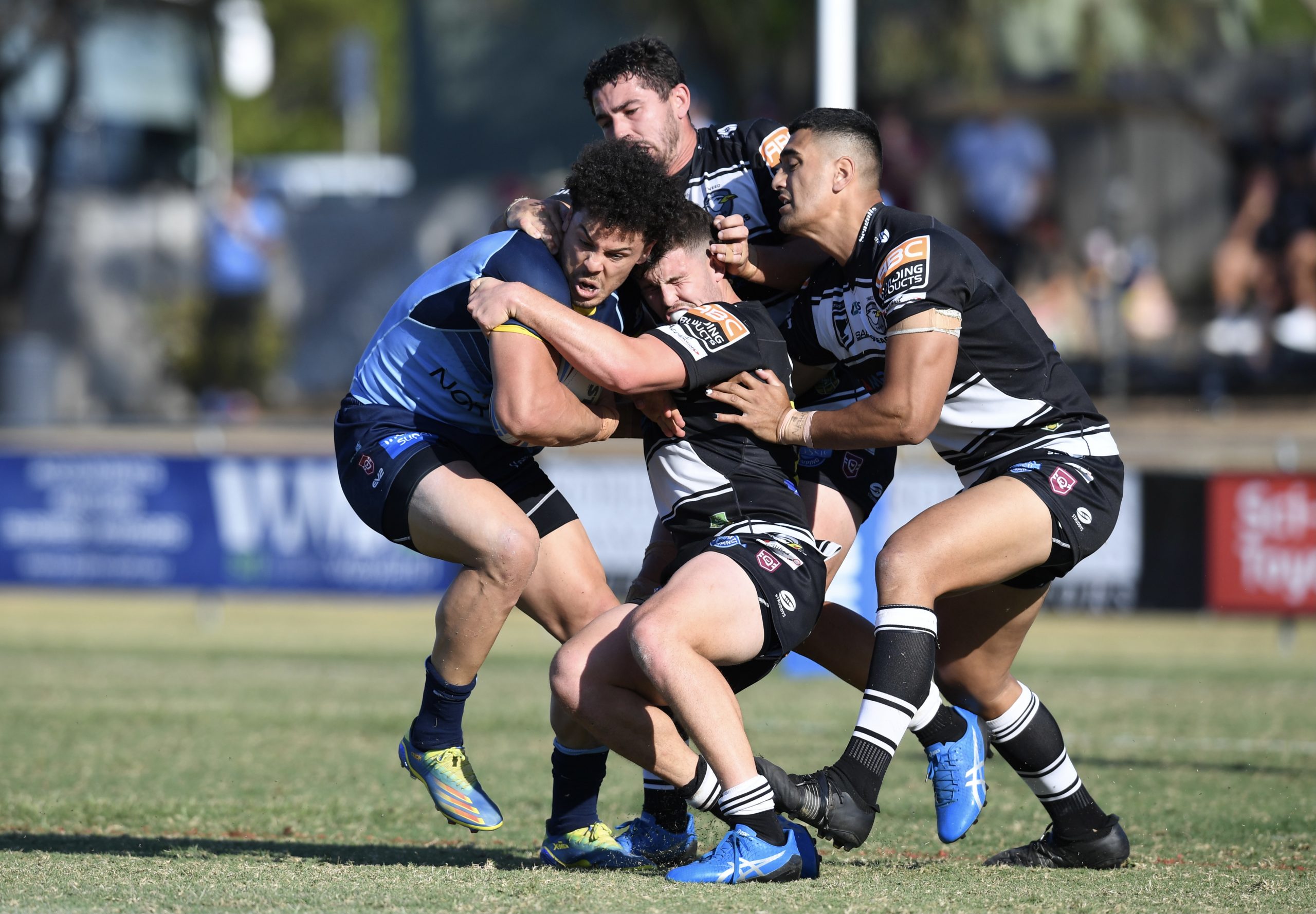 Norths Devils produced a try that lifted the roof off their famous crowd on the hill to seal a thrilling 22-16 Intrust Super Cup qualifying final win over Tweed Seagulls today.

Tyrone Roberts launched a superb attacking kick in the 75th minute that found flying fullback Matthew Milson, who grubbered to Bernard Gregorius who also booted for specialist finisher Jon Reuben to collect and score in the corner.

Roberts showed all of his experience to then convert from the sideline to put the Devils in front ahead of a valiant Tweed who fought throughout the entertaining clash.

The Devils now head to the preliminary final to be played before the NRL grand final at Suncorp Stadium in two weeks, armed with the confidence of today’s determined win.

The Devils have made things calmer for their fans during their impressive minor premiership run this year, surging to a 15-2 win-loss record which included several weeks averaging eight tries a game.

But this was a genuine finals clash with tries harder to come by as Tweed five-eighth Toby Sexton gave the Seagulls a real shot at upsetting the minor premiers.

Sexton kicked and regathered for an outstanding try in the 64th minute that moved the Seagulls ahead 16-12.

But this Devils team, despite its front-running this season, has produced some special finishes.

They clawed back against Northern Pride in the rain in Cairns in April with a last-minute field goal after unloading three tries in the final 10 minutes to move past Townsville in Round 3.

Rohan Smith’s men found that grit again today as Gregorius crossed in the 67th minute before the classic finish to the Devils’ first finals win in many seasons.

The Devils were well served across the field with the likes of winger Nene Macdonald, hooker Danny Levi and skipper Jack Ahearn remaining calm as tensions rise.

“We knew that we could get there if we stuck together today and we were there when we needed it most for that try,” Ahearn said.

“(Coach Rohan Smith) Ro has taught us to back ourselves and to know that we can make things happen and that was how we finished the game today.”

The Devils were under siege with the scores tied at 16-all in the 72nd minute when they kicked a short drop-out and regathered the ball.

That enabled them to gain the momentum that eventually led to Roberts’ kick for the flying Milson, whose deft boot found Gregorius and then Reuben.

Intrust Super Cup fans know Reuben’s ability to finish which helped the Devils greatly before halftime when he crossed with an outstretched arm for a try as he was being bundled into touch.

The Devils’ fans on the hill love it when their team runs towards them in the second half and Reuben’s game-winner brought one of the loudest roars at Bishop Park in years as Norths booked their preliminary final appearance.

Next weekend, the Seagulls will take on Redcliffe Dolphins.