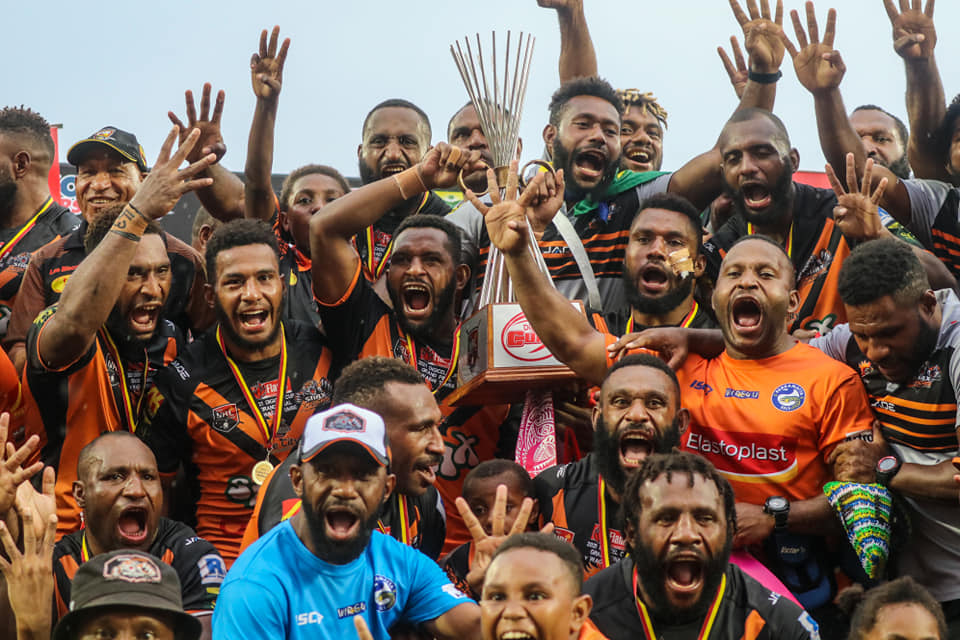 The Lae Tigers have held off the Waghi Tumbe to claim the 2021 PNG Digicel Cup title following a 16 – 10 win over the Jiwaka based team at the National Football Stadium in Port Moresby on Sunday.

The win is the Tiger’s fourth in six years and the sixth title won by a Lae based team in the PNG Inter-City Club competition since it was launched in 1990.

In front of a capacity crowd, the Tigers were first to cross in just the 9th minute when former PNG Hunter, Jerry Teme, darted over from dummy-half. Jamie Mavoko wasn’t able to convert the try from the sideline, but redeemed himself just sixth minutes later when winger Max Vali crossed off the back of a Lynol Molpoya break.

Molpoya would break through the Waghi defences again in the 19th minute, this time scoring himself under the uprights to give the Tigers a 16 – 0 lead.

Whilst the Tigers looked to be in control, momentum shifted when Molpoya suffered a match-ending injury in the 25th minute, with the Waghi Tumbe hitting back through Job Kar and Valentine Wamdi.

David Joseph converted one of the Tumbe tries, to see the team trail only by six at halftime, however that was the closest they would get, with the score remaining the side for the entirety of the second half.