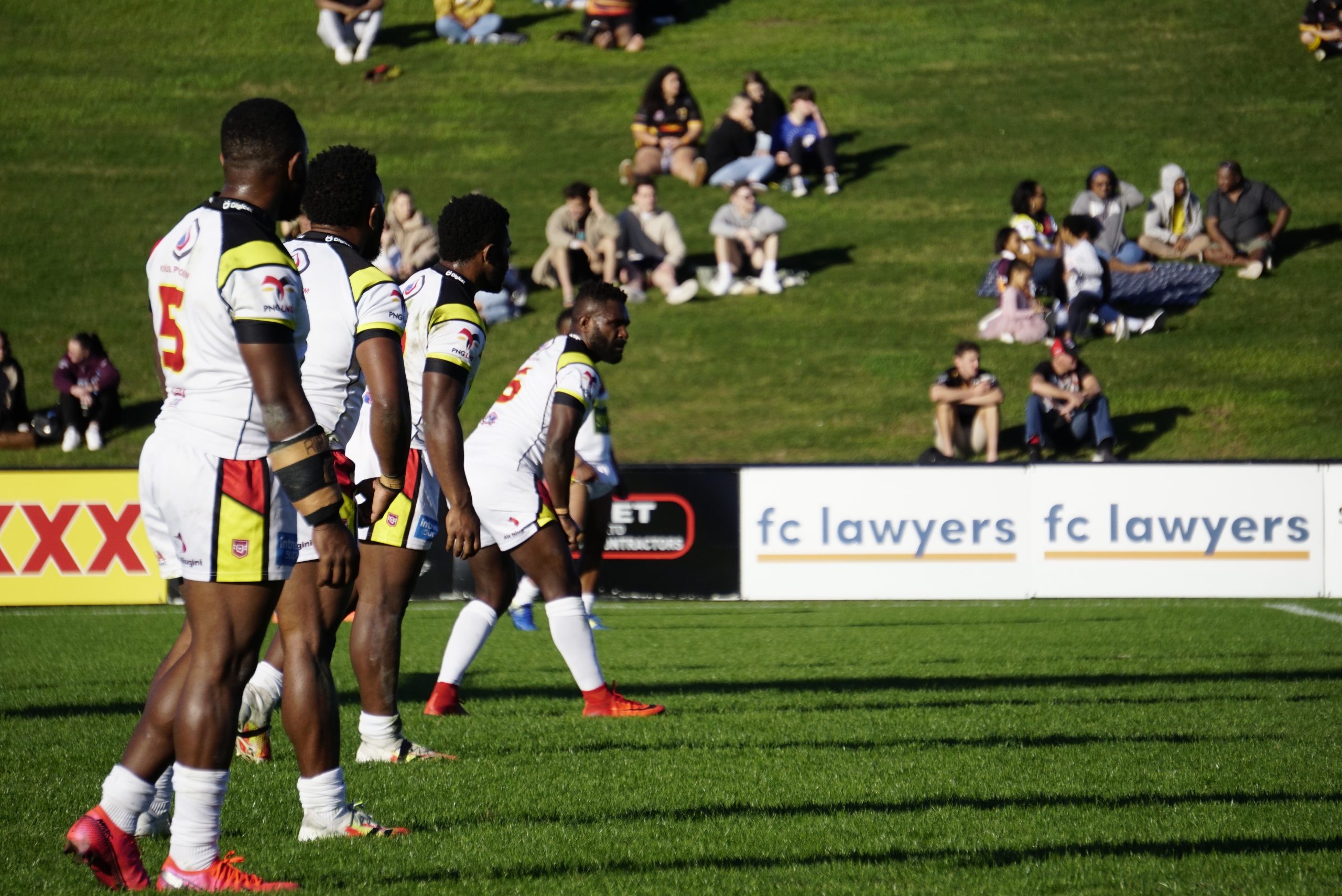 Two veterans sealed a season of hope with for the SP PNG Hunters with a try to end a quality 30-18 Intrust Super Cup victory over finals-bound Tweed Seagulls at Bycroft Oval today.

Prop Stanton Albert had three Tweed tacklers hanging off him in the 71st minute when he freed his arm to pass to playmaker Ase Boas for a try that pushed the Hunters clear of the Seagulls. The visitors gained a late try but this was a game that belonged to the Hunters.

Gilmo Paul and Emmanuel Waine scored in the opening 15 minutes to lay the foundation for a Hunters team desperate to finish strongly in a season that has featured the Intrust Super Cup debut of 12 players.

That experience will stand the Hunters in good stead next season with the green shoots coming through in impressive wins in recent weeks over Northern Pride and Tweed, which both entered the last round in the top eight.

The Hunters brought the strong crowd to their feet today with some classic moments of flair. Boas chipped and regathered in the 60th minute when Tweed expected him to drive a clearing kick down the field. He found a flying Wane for a try that will be among the
season’s highlights.

Boas also landed a rare 20-40 kick that caught Tweed by surprise while another raid through the centre of the field, including two regathered chip kicks, almost resulted in a try.

This was the Women in League round and PNG coach Matt Church paid tribute to the wives and partners of his players who have remained at home while the Hunters have been based for almost seven months in Queensland.

“There has been a lot of sacrifice this season from everyone involved with this campaign including those who remained at home,” Church said.

“I couldn’t be prouder of this team for how they finished off the season. We spoke about wanting to get on the plane home being proud of how we finished the season. We did that today by playing probably our most complete game of the year.

“So much has happened and we’ll take a lot of benefit from this season.”

The Hunters applied pressure through a kicking game highlighted by Boas’ 20-40 kick which was believed to be the first of the Intrust Super Cup season. The ball rolled to the Seagulls’ 20-metre line such was the length of the kick.

The Hunters also caught the Seagulls by surprise on the stroke of halftime with a clearing kick that would have put them in prime attacking position if not for the siren.

“We wanted to apply that pressure today and we managed to do that at important times,” Church said.

“And there were also some great moments of attack that helped us. We tend to play well in front of big crowds and we had plenty of supporters today that we wanted to thank.”

The Seagulls entered the game as one of four teams tied in places second to fifth, desperate to win to claim a top-four berth. They trailed 20-4 at halftime but clawed back the margin
with a try in the 53rd minute.

But Wane’s try from Boas’ chip-kick gave the Hunters a handy margin and a chance to take a deep breath as their season wound to a close.