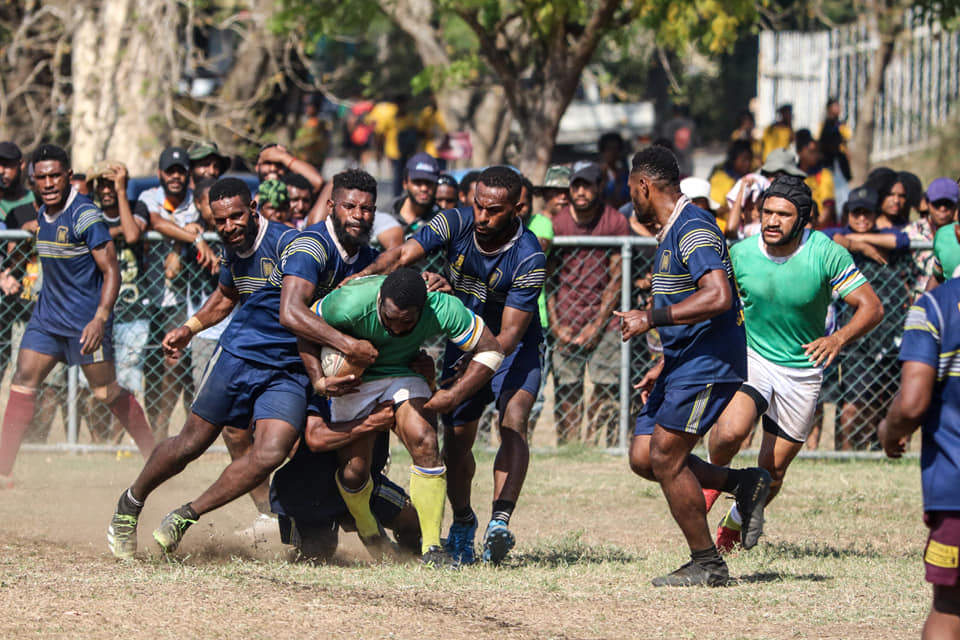 The Vice Chancellors Cup Grand Final match that was called off due to bad light on Monday August 23, 2021 at the UPNG oval in Port Moresby will be replayed this weekend.

PNGRFL CEO Stanley Hondina in a statement said the rematch between UPNG Pythons and Unitech Spartans will be played as a curtain raiser to this Sunday’s Digicel Cup grand final at the Oil Search National Football Stadium in Port Moresby.

“The teams will have an opportunity to play in a world class stadium and in front of an expected huge crowd and will be televised ‘live’ via TV Wan throughout PNG from 12 noon on Sunday September 12, 2021, Hondina said. “The ‘live’ telecast will continue throughout the afternoon for the Digicel Cup Grand Final between Lae Snax Tigers and JPG Waghi Tumbe.”

He said: “We have shared values and will work together with these institutions to see how best we can develop and build good young men and women into the community.

“Our vision is all about discipline, teamwork, commitment, hard work and for all to be successful.”

Hondina said starting this year, the PNGRFL fully recognises and sanctioned the institutional competitions. “We are happy to support this cause and showcase this relationship to a wider community,” he said.

The PNG National Rugby League Competition (PNGNRLC) Board has committed its support to seeing the VC Cup grand final replayed. “PNGNRLC is pleased to give the UPNG and Unitech teams this opportunity to showcase their talents and potential, Chairman Adrian Chow said. “Stars such as Justin Olam and Jokedi Bire who played for the Lae Snax Tigers while attending Unitech have shown that the same qualities

of discipline, commitment and goal setting are required to excel in studies and sport” VC Cup tournament co-ordinator Max Andrew on behalf of the organising committee said they were grateful to the PNGRFL and the PNGNRLC for the support in organising to replay the grand final. “When the game was called off due to poor lighting, both teams were declared dual winners,”

Andrew said. “However, we are thankful for this opportunity to see a fair game to be replayed and a winner declared to claim the 2021 Vice Chancellors Cup.”

The Digicel Cup grand final kicks off at 3.00pm later in the day.