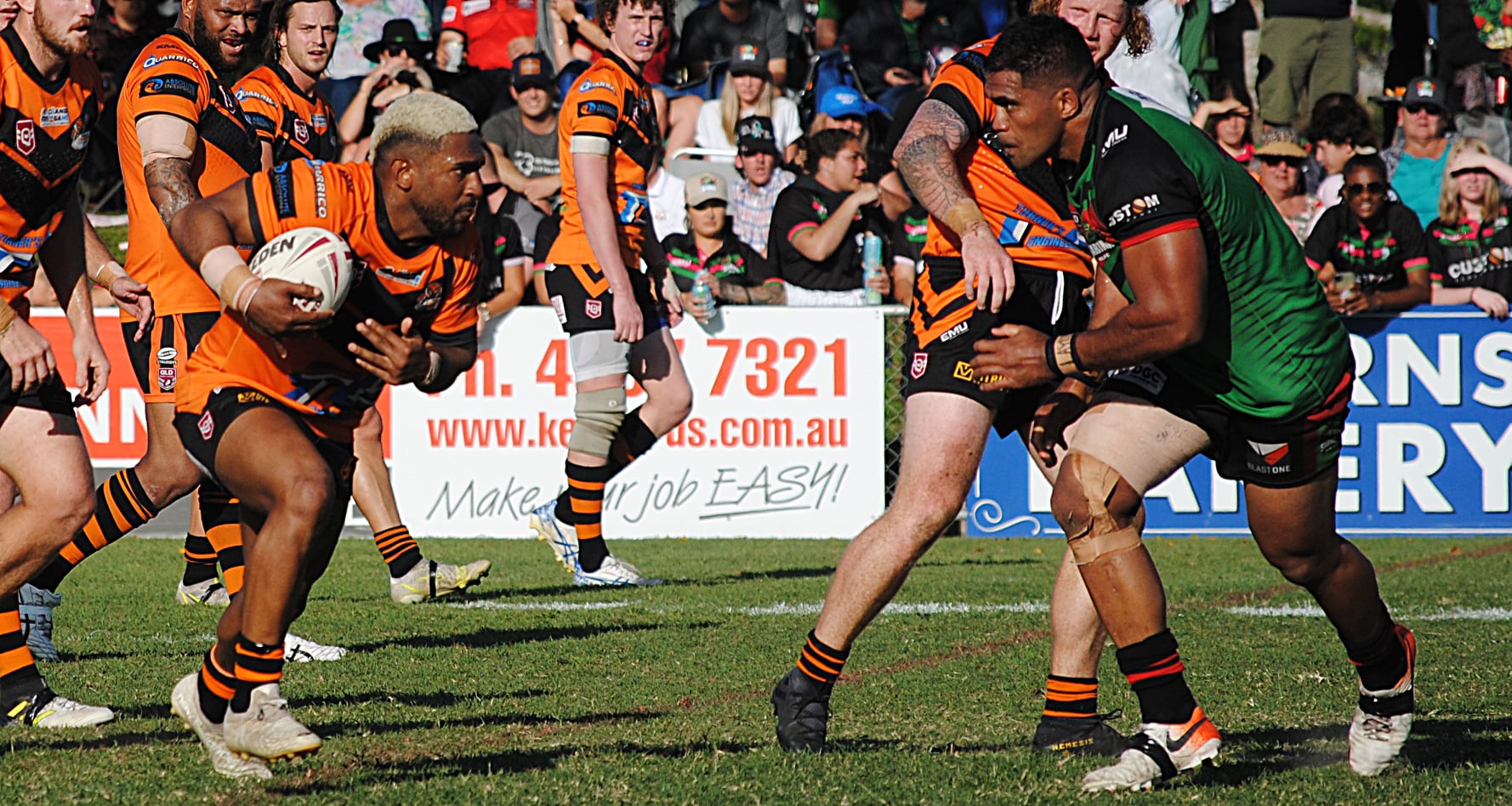 The Sarina Crocs have broken a 21-year premiership drought in Mackay, winning the 2021 Components Only Cup in a thrilling contest against Wests Tigers on Sunday.

Finishing third after the regular season, the Crocs upset minor premiers Mackay Brothers in week two of the finals and with the Tigers sending the Brethren out in straight sets, the boys from just south of Mackay were tasked with knocking off the defending premiers.

Despite Wests leading 20-12 at the break, the Crocs lifted in the second 40 and doubles to Kyle Krisanksi-Kennedy and Buchanan Rawhiti were the catalyst for the club to secure their first premiership in the Mackay competition.