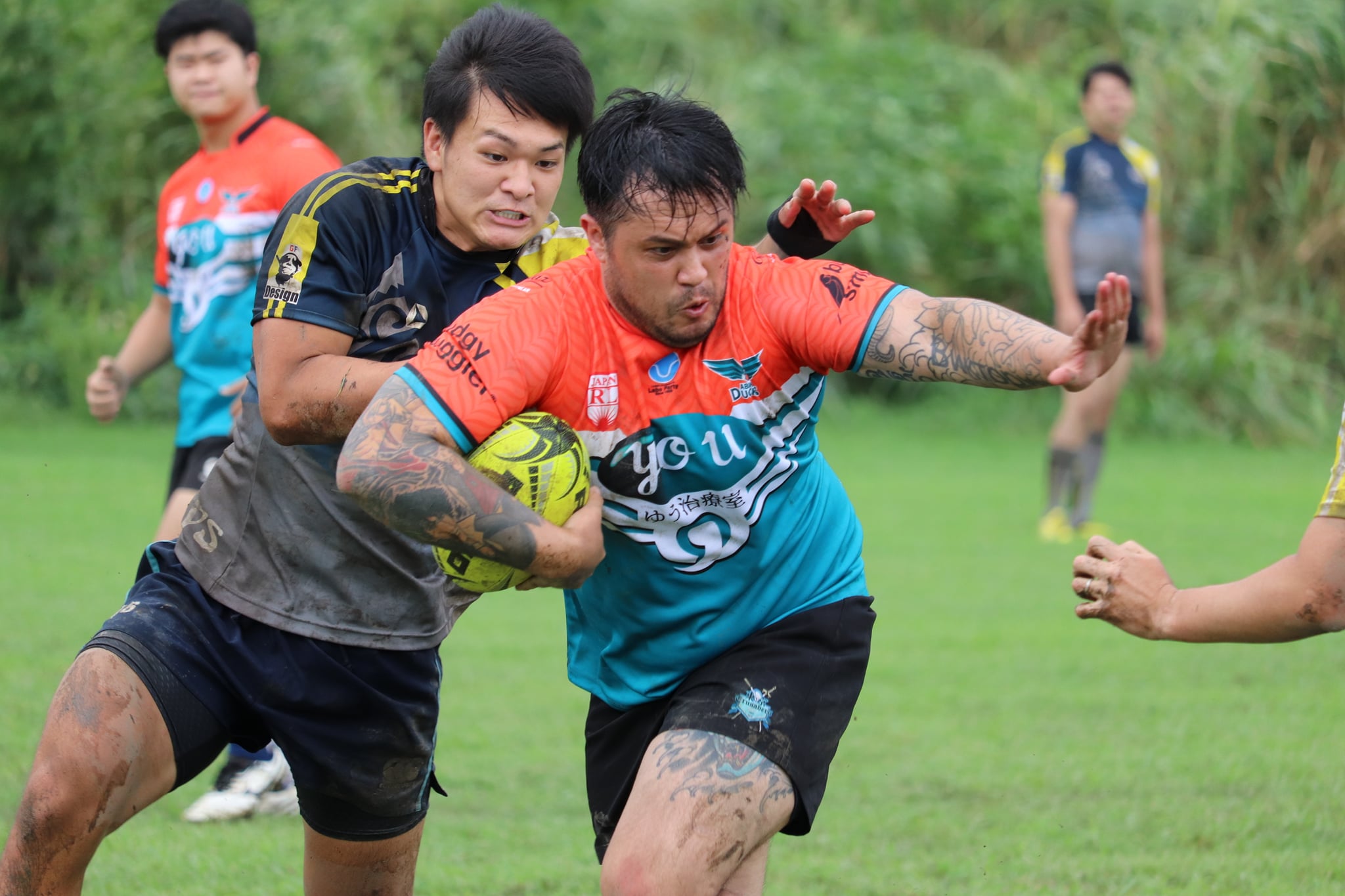 The Tokyo French Crusaders have won the inaugural Riverside Nines held at the Misato Sankei Sports Centre after they defeated the Edogawa Supermen 16 – 10 in the tournament Final last weekend.

The winning side featured players from the famous Tokyo Crusaders and the All France Rugby clubs, with the teams merging to help accomodate a compacted playing schedule.

The Riverside Nines was the first nine-a-side tournament held in Japan. Coordinated by the Abiko Ducks, the event attracted interest from five other sporting clubs in the region, including the Joto Donkeys, Edogawa Superman, Chiba based Narita Chaozu, as well as the Crusaders and All France club from Tokyo.

Hosts, the Abiko Ducks, and the Narita Chaozu, kicked off the tournament in the first ever Chiba derby, fighting it out for an 8-all draw, before the Edogawa Supermen and Tokyo French Crusaders joined in the following rounds.

The composite Tokyo team progressed through the group stages undefeated, whilst the Supermen qualified for the Grand Final after defeating the Narita Chaozu in the Nines Preliminary Final.