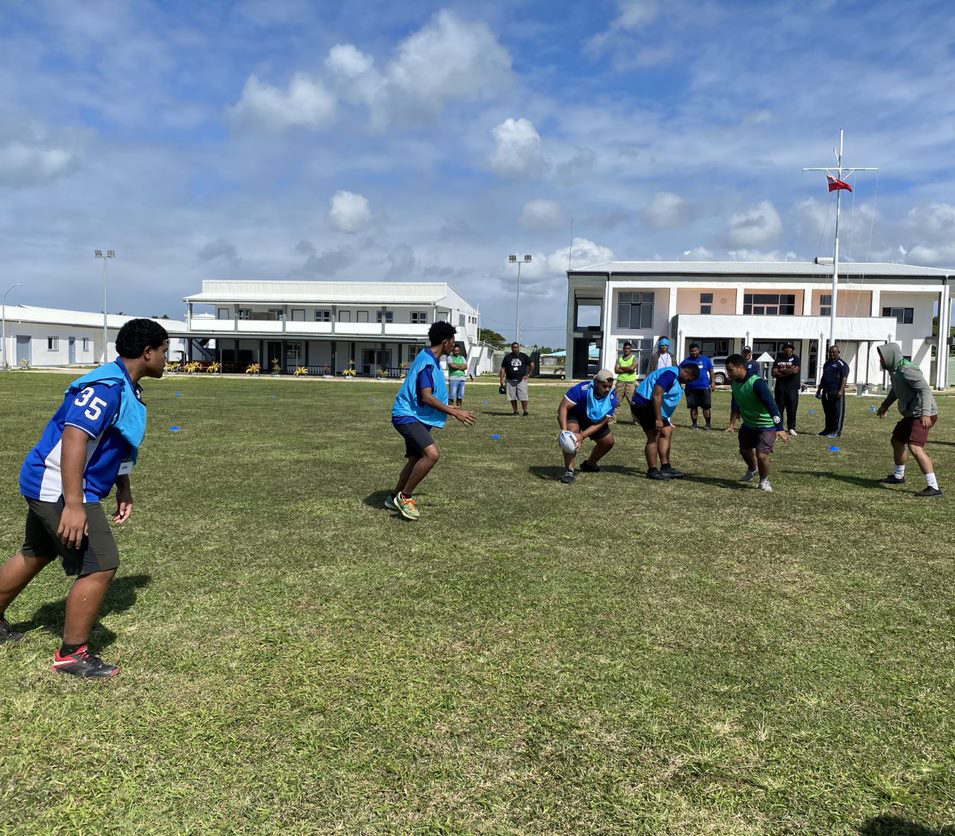 Team Up’s netball and rugby league programs in Tonga have collaborated with the Australian Defence Force to deliver an innovative week of virtual and face-to-face training activities.

Ongoing international travel restrictions have posed challenges to many Pacific-based sports organisations that normally rely on trainers visiting from Australia to upskill coaches and officials.

However, a groundbreaking collaboration between the Australian Defence Force (ADF) and two Tonga-based Team Up programs, League for Life and One Netball, has delivered a week of virtual and face-to-face training activities for dozens of participants across the two sports.

The participating rugby league organisations were NRL in Tonga and Asia Pacific Rugby League, while the participating netball organisations were Tonga Netball Association and Netball Australia. The activity was centred around face-to-face sessions in Nuku’alofa, with specialists and instructors delivering sessions virtually from Australia, in partnership with Sports Medicine Australia.

“We’re hoping that these participants, with the developed skills and knowledge they have gained, will take it back to their schools, their communities, their clubs, their workplaces and make use of these skills,” said Lavelua Taulahi from Tonga Netball Association.

“We are hoping that this partnership will continue for building more developed trainers, coaches, first aiders, umpires and players.”

“I want to be a coach and this is the first time I’ve been able to learn the courses, so now I can tell what I’m missing,” said Taipaleti FanguFangu from the outer island of Ha’apai, who participated in the rugby league workshop.

“To be a coach you first have to build your relationship with your team members, get to know them better…give them opportunities to know what went wrong and to build on that,” said Mereani Mateyabaki, who participated in the netball workshop.

“An increase in trained coaches will create positive role models and give Tongan participants the best chance to be exposed to the game and experience its many social and health benefits,” Asensio said.

“We’re incredibly proud of the important work of the men and women of the ADF and look forward to working together to achieve positive outcomes for Tongan communities.”

Netball Australia CEO Kelly Ryan said her organisation was delighted to partner with the ADF to use the power of sport to bring people together.

“Our game of netball is an inclusive one, and I believe this partnership will only strengthen our connection and commitment to developing the game in the Pacific, whilst empowering women and girls,” Ryan said.

“There is a natural alignment between Netball Australia and the ADF in the areas of leadership, diversity and gender equality.”

“Sport provides a ‘universal language’ and the virtual program for Tonga is designed to teach leadership, gender equality, respect, nutrition and healthy living. The virtual sports program also provides an opportunity to demonstrate the enduring ADF partnership with HMAF of Tonga and reinforce shared values through sport.”