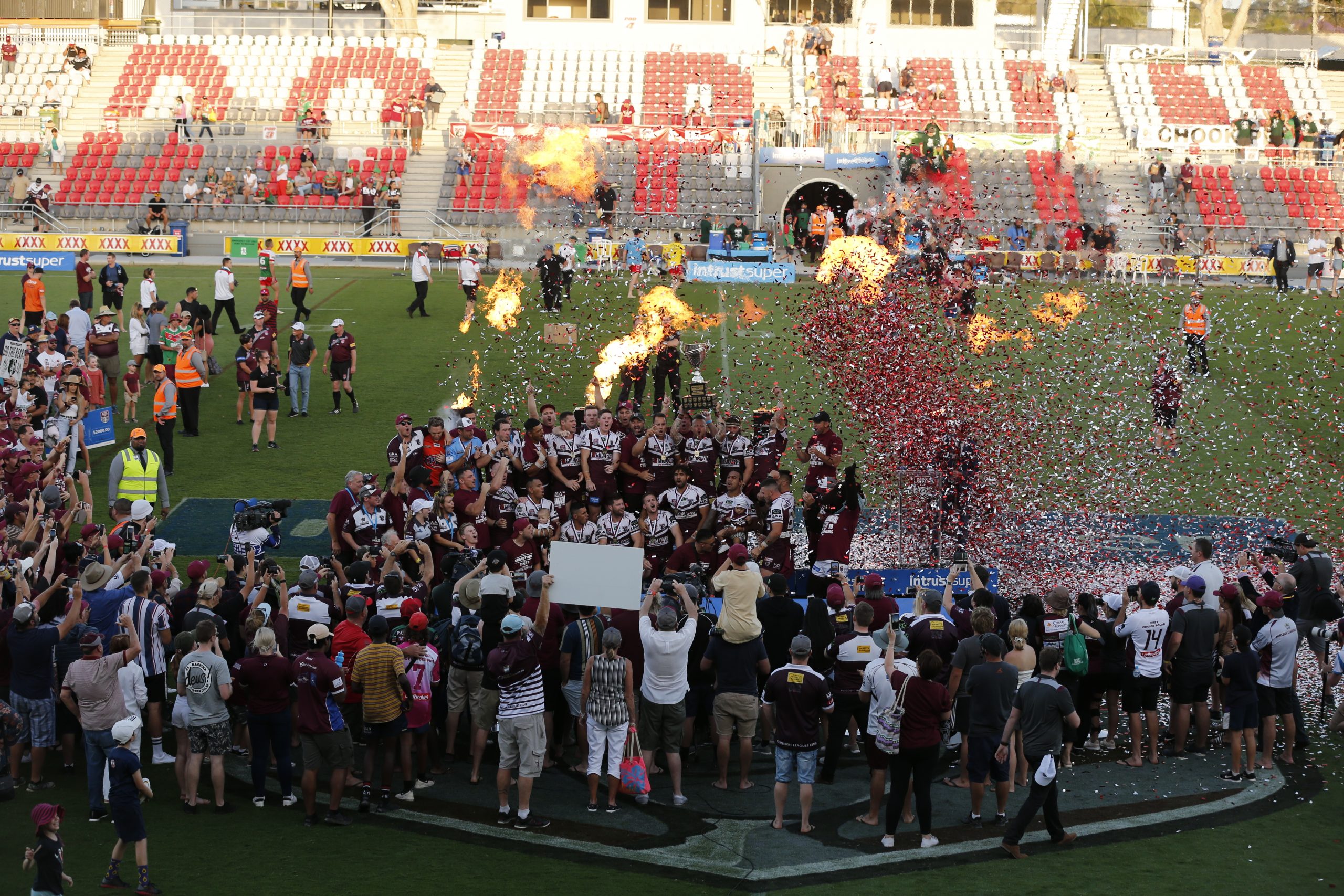 The Intrust Super Cup season is gearing up for a thrilling finish with a Sunday blockbuster to close out the 2021 premiership at Moreton Daily Stadium on October 10.

In a coup for fans who enjoy the setting of afternoon footy at a boutique rugby league ground, this year’s decider is confirmed for a 3.10pm kick off and will follow the Hastings Deering Colts grand final.

With two huge games of rugby league and entertainment for the entire family, a capacity crowd is expected to light up a Redcliffe venue renowned for its first-class playing surface and facilities.

Tickets will be released to the general public tomorrow and fans are encouraged to secure their seats early.

General admission tickets can be purchased from as little as $55 for the whole family and attractive hospitality options are available as well.

QRL chief operating officer Rohan Sawyer said it was shaping up to be a memorable day.

“This event is going to be a wonderful celebration of rugby league and our people who have faced some challenging times,” Sawyer said.

“Given the events of last year and the stop-start nature of this year’s competitions due to factors outside of our control, it really is going to be a great occasion and reward for our players, coaches, officials and fans.

“Grand final days are always special, as those who witnessed the 2019 decider at Redcliffe can attest.

“We had a capacity crowd for that match between the Burleigh Bears and Wynnum Manly Seagulls, and we’d love to put the full-house sign up again for this year’s game.”

Thanks to QRL partners, fans can enjoy a host of on-field entertainment, including the Gatorade Bolt and Shell V-Power Kick-for-Cash.

The sprint race will see a representative from each of the Intrust Super Cup clubs in the ultimate speed duel to win $1000, as well as a Gatorade pack for their club (valued at $2500).

To celebrate a thrilling season of footy, Shell V-Power are giving one person the opportunity to win up to $5000 in cash for their local club, as well as a unique game-day experience.

McDonald’s are getting in on the action too, with a unique sideline viewing prize on offer for one lucky fan and three friends in McDonald’s Corner.

The QRL is also putting the call out for fans to support the Men of League Foundation by purchasing tickets in the 50/50 Charity Raffle throughout the day.