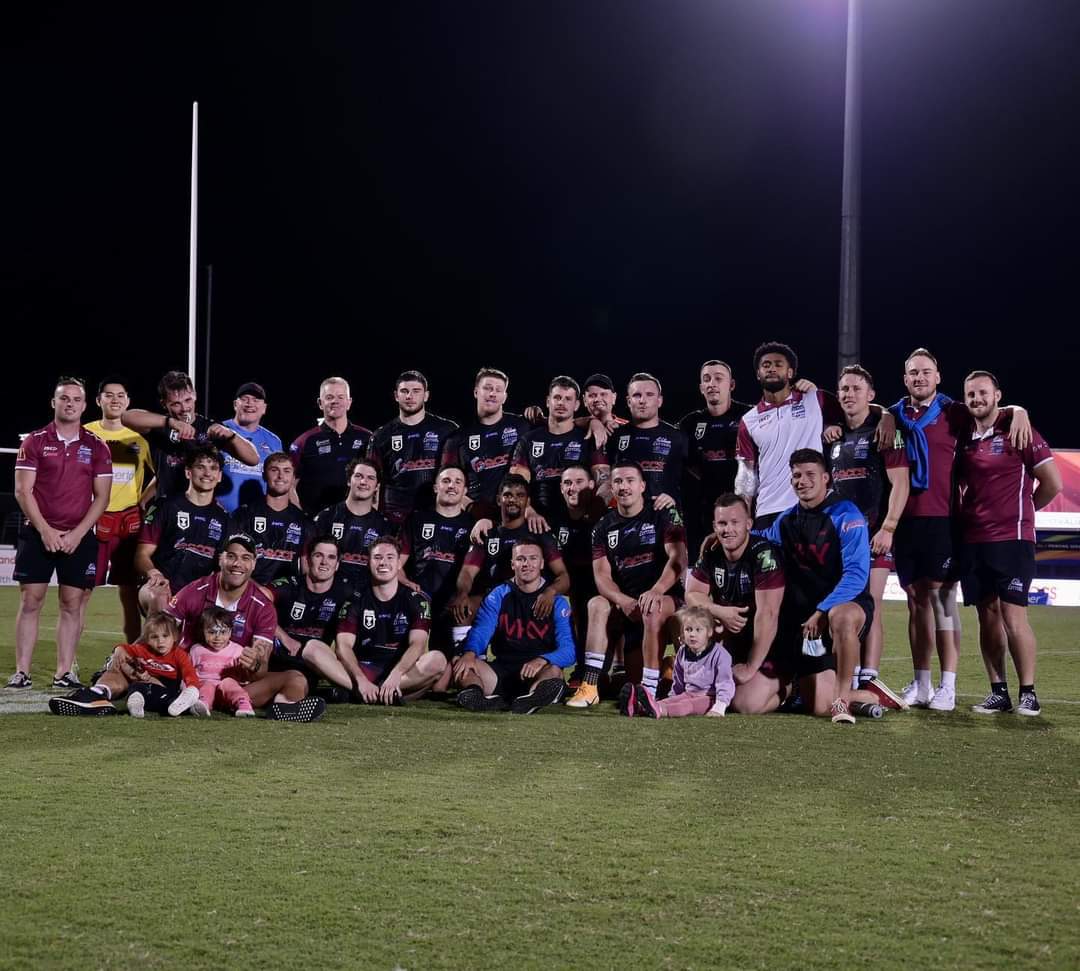 Ipswich’s short kicking and trick plays were a factor all evening, counteracted by Mackay’s power-orientated brand of football, with the hosts able to prevail in the end.

With nothing but pride to play for, both teams played an unshackled and expansive brand of football, chancing their arm and scoring almost at will in the first half in a highly entertaining contest.

The Jets’ short kicking game would bring them success throughout the first half, the boot of Rhys Jacks first finding a flying Gerome Burns, a lucky bounce favouring Zac Hetherington, before Denzel Burns would strike on another pinpoint grubber kick, Ben White also adding his name to the scores sheet in the opening half for the visitors.

But it would be Mackay’s power game that would hold them in better stead; Laitia Moceidreke bagging a double down the right edge in the first half, with Blake Atherton, Brandon Finnegan and halfback Adam Cook crossing the stripe to give the hosts a 26-18 half-time lead.

Points in the second half would prove much harder to come by, however, the first scoring coming via Ono So’oialo’s penalty goal in the 66th minute that brought the Jets to within a converted try of the hosts.

But Mackay would eventually break Ipswich’s will; Jesse Dee crashing over as Mackay capitalised on a penalty deep in the Jets half, before Jack Quinn put the game to bed, plucking a spiralling bomb out of mid-air and crossing on the left flank.

A late Gerome Burns try ultimately came to nothing for the Jets, the result pushing Mackay away themselves away from the foot of the ladder.

“We were glad to get the points tonight in front of our home crowd and sponsors,” Cutters coach Michael Crawley said post-match.

“The Jets are a difficult team to play… they play a different style of footy. You can talk about (their play style), but we still got caught out a few times.

“We’re ending the season really well, (I think) we’re three wins from our last five. Hopefully we’ll go down to Brisbane next week and be strong again.”