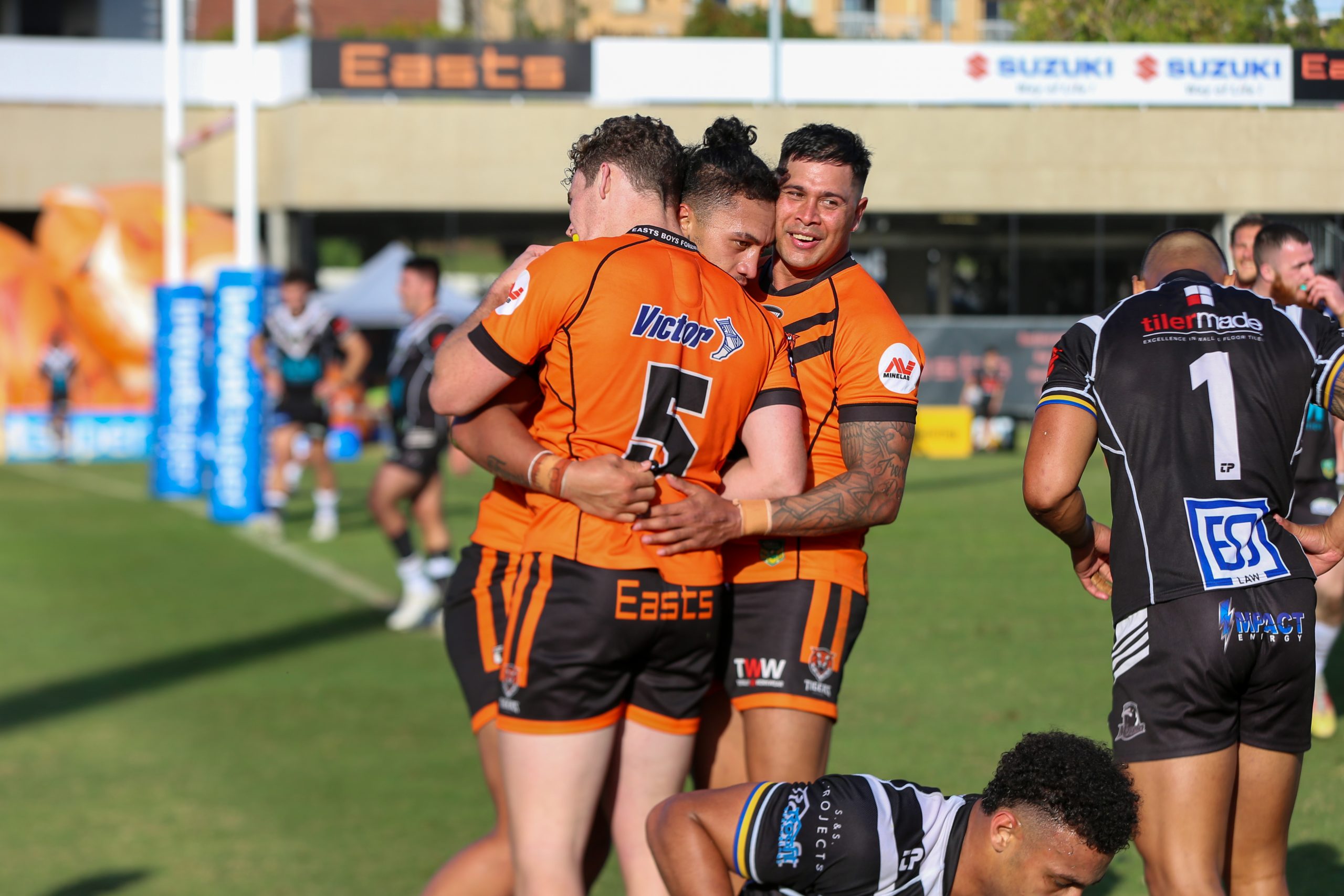 Fiery clash between Magpies and Tigers ends in a draw

Brisbane Tigers and Souths Logan Magpies fought it out at Totally Workwear Stadium for a Round 16 win, but neither side could ice the cake and the game ended in a 26-26 draw.

Brisbane Tigers assistant coach Matt Cameron said it was quite the “up and down game”.

“Souths did pretty well in that second half and we were set for set and try for try… we couldn’t quite get the result, unfortunately.

“Credit to our boys… it was one of the few games this year where we didn’t get over the line, but got the result. Having a draw is a draw, so we’ll take it.

“Souths are a top eight side. Credit to the boys. We did our structures really well. We stuck to the plan for a little bit, but went away from it. It’s just getting that 80 minutes of performance for us. We probably played well for 50 to 60 minutes. That’s an area we probably need to improve on.”

Magpies coach Steve Bretherton said he was thrilled his side secured their spot in the finals, but the games was “a little bit scratchy, to be honest, for us”.

“I thought the Tigers were really good. We managed to hang in there and show a little bit of grit. Midway through that second half, where the Tigers took that 12-point lead on us, we had to show a bit of character to work our way back,” Bretherton said.

“Obviously a draw is a draw, but we would’ve like to win the game, but it does secure our spot in the semi finals now.

“We’ve only done it once in the last 10 years so it’s a fair achievement for the club… obviously it’s my first year coaching the first grade guys… I’ve been around for a long time… it was a weird feeling to draw, but to guarantee our spot in the semis is a reason to celebrate, so we’ll do that.”

The Tigers will next take on Mackay Cutters in Round 17.

Cameron if the Tigers did what they did today, it would be a good thing.

“Stick to our processes and structures…. of we can do that for a bit longer, rather than 50 or 60 minutes, for 80 minutes, I think we’ll get a result,” Cameron said.

The Magpies will face Redcliffe Dolphins.

Bretherton said the Magpies would be looking to improve their control of the game.

“We lost control of the game at stages, giving the Tigers a fair bit of footy coming out of their end, with some repeat sets, restarts and penalties… so we’ll look to see how we can control the game a little bit better and add a little bit of polish,” Bretherton said.

“We obviously lost Josh James today, our halfback, pretty early… hopefully he’s not too bad, with a few stiches in his mouth and get back on the field to work on some combinations.”