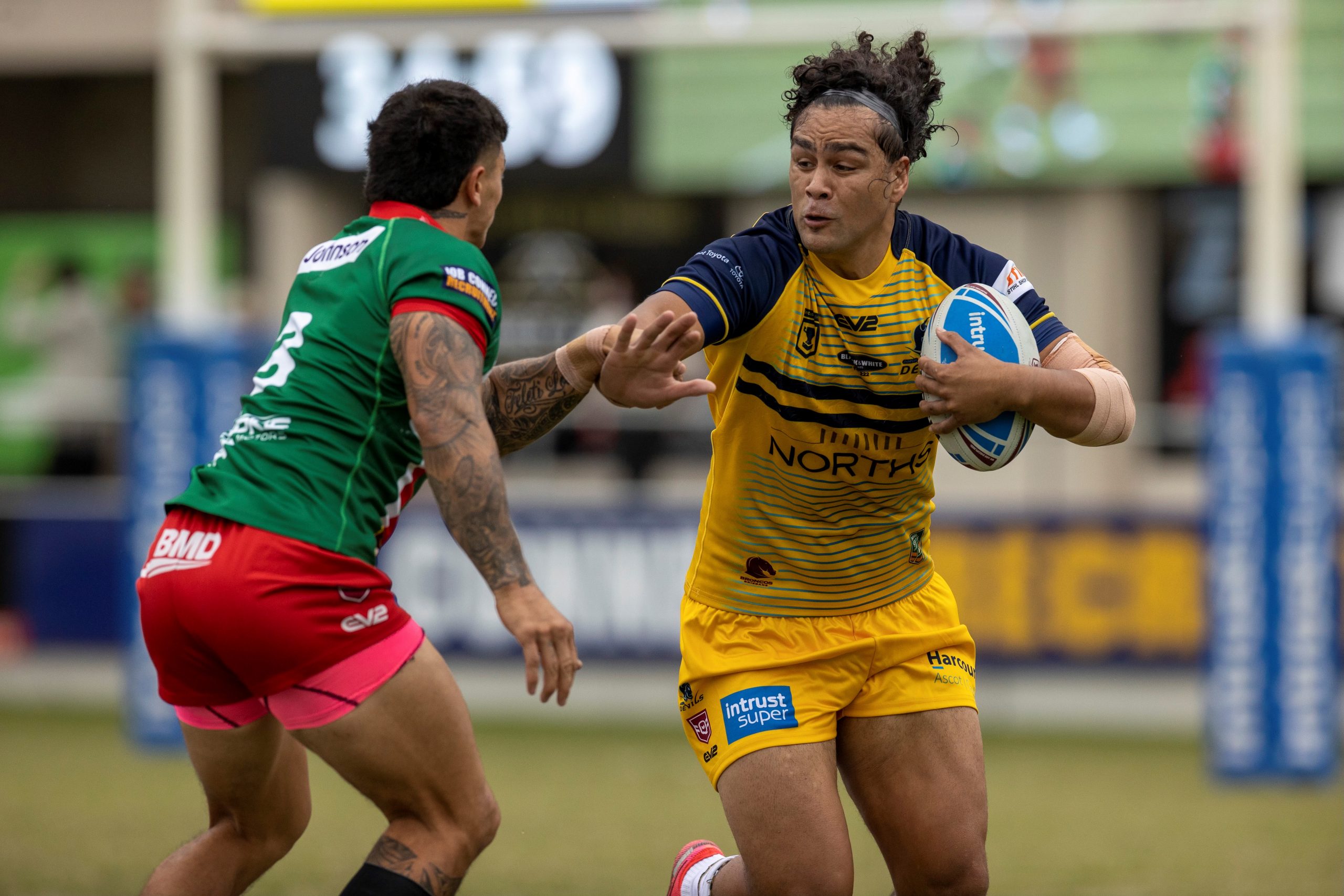 Devils push ahead after close win against Wynnum Manly

Norths Devils produced 10 minutes of defensive steel to end a decade-long drought and skip further ahead on the Intrust Super Cup table with a 24-16 win over Wynnum Manly Seagulls in Round 16.

The Devils’ first win at BMD Kougari Oval since 2010 was built on a second-half wall in which they repelled wave after wave of Wynnum attack.

The victory gave the Devils: 15 wins from 16 matches this season, a 10th consecutive win to stretch their club record in the statewide competition era, a club record ninth consecutive away win and their 11th win from their past 12 away matches.

The teams immediately below the Devils on the table lost, leaving Rohan Smith’s team four wins clear of the rest of the competition ahead of this coming weekend’s last round of the regular season.

The Round 16 Crazy Sock Round clash pitted the minor premiers against second-placed Wynnum Manly and it didn’t disappoint.

The Seagulls took a 10-8 lead into halftime and then had multiple chances to extend the lead.

Between the 41st minute and the 51st minute, the Devils held the ball for only four tackles.

The Devils then rolled downfield, showing excellent handling in the greasy conditions to regather an attacking kick and place a second kick by halfback Bryce Donovan that fell perfectly for winger Rashaun Denny to score.

From the restart, the Devils moved the ball on the second tackle as centre Bernard Gregorius made a break, finding Donovan on his inside for a superb 80m try that put Norths ahead 20-10.

Much has been made of the Devils’ attack this season, but they also have the best defensive record in the competition and now boast a season points differential of +209.

The Seagulls found a way through when interchange forward Issac Luke crashed over from dummy-half in the 71st minute, but the Devils cashed in penalty goals in the 75th and 80th minutes to seal the win.

“It was a grinding game at times and we needed to stick together in defence and that helped us today,” coach Smith said.

“That was an important win for a lot of Devils supporters who were keen to win here at Kougari Oval so it’s nice to get that done.”

The Devils welcomed back Donovan into the halves today after his recovery from a knee injury, partnering Connor Broadhurst while skipper Jack Ahearn defended at fullback.

Ahearn opted for a penalty goal in the third minute to lead 2-0, but Wynnum Manly hit back 10 minutes later with a try in the right corner.

The Devils’ first try came when Moses Noovao-McGreal burst through the Seagulls defence in the 20th minute to score in front of the Chook Pen.

The Devils played the last 50 minutes with only three men on the bench after winger Jon Reuben was forced from the field with a head knock, suffered when he crashed into the advertising signs close to the dead ball line. Reuben was in good spirits after the match.