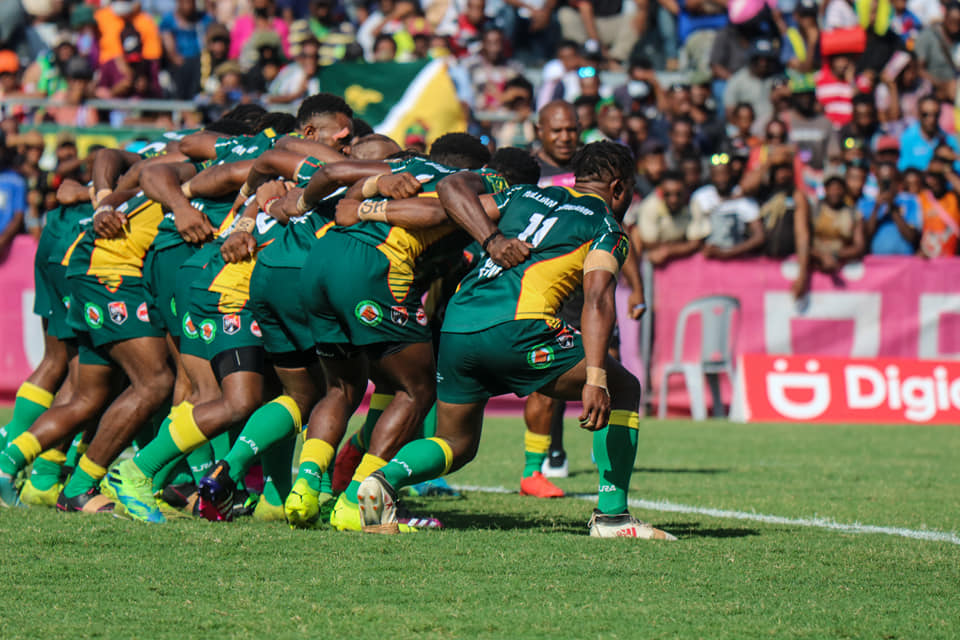 Muruks and Tumbe to face off in Digicel Cup Preliminary Final

The Mendi Muruks and Waghi Tumbe will battle it out for the opportunity to face the Lae Tigers in the 2021 Digicel Cup Grand Final in this weekend’s Preliminary Final at the National Football Stadium.

The penultimate match of the 2021 season will be a sudden death encounter for both teams as both teams chase history, with it being nine years since the Muruks made the Grand Final, whilst the Tumbe have never qualified.

The Waghi Tumbe qualified for the match after they defeated the defending Premiers, the Hela Wigmen, in last weekend’s Minor Semi Final thriller. Trailing 18 – 12 at halftime, the Tumbe levelled scores to send the match into extra time.

With the match locked up at 19 – all at the end of extra time the match went into Golden Point before the Tumbe kicked the winner.

They face a Muruks side looking to rebound after their 14 – 4 loss to the Lae Tigers in the Major Semi Final. The win by the Tigers allowed them to qualify for their fifth Digicel Cup Grand Final appearance in the last six years