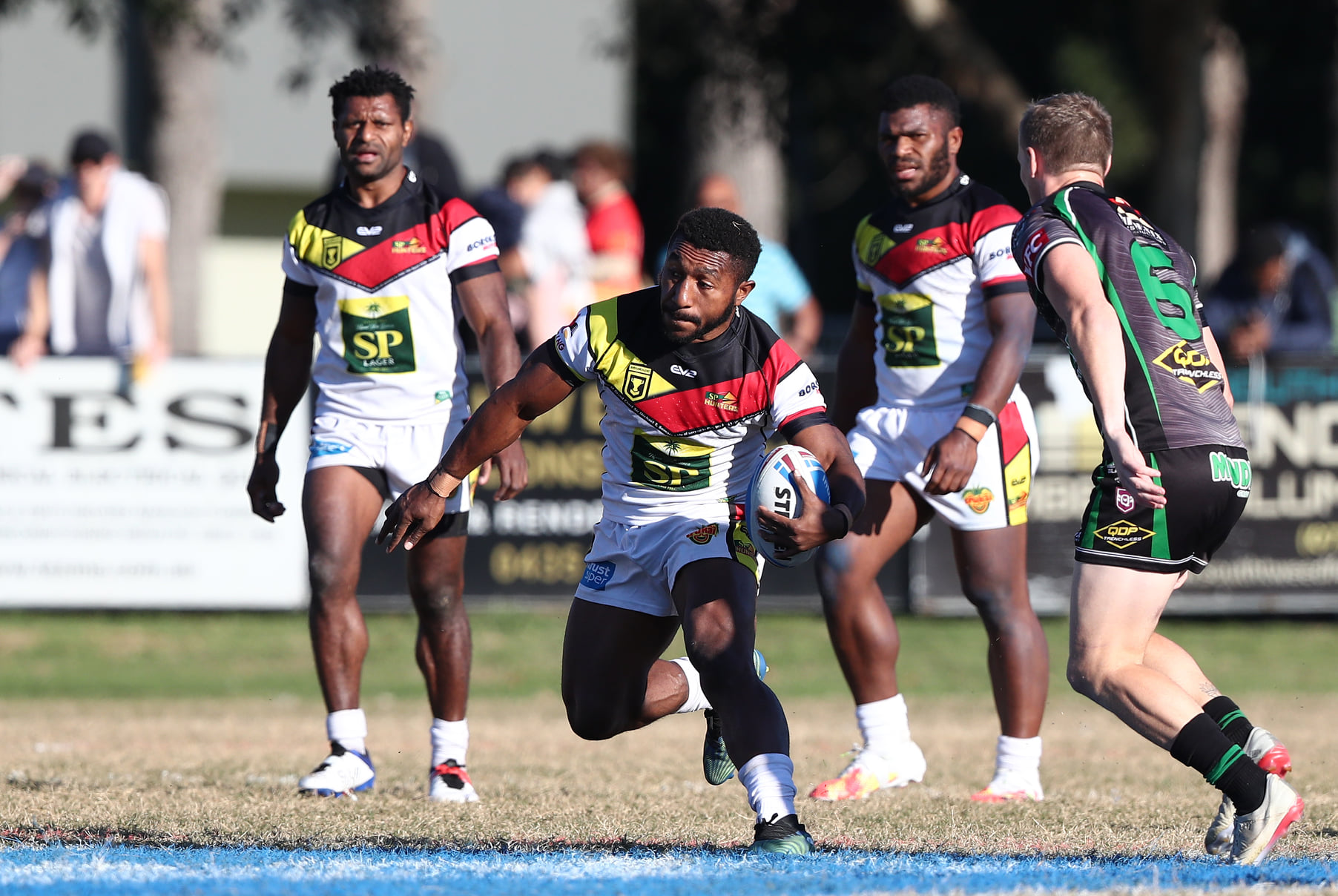 SP PNG Hunters have lost fullback Terry Wapi for the rest of their Intrust Super Cup season just when they were set to field an unchanged squad for the first time in 2021 against the Central Queensland Capras in Rockhampton on Saturday.

Wapi left the field with a head knock after scoring two tries against Souths Logan Magpies last Sunday but a fractured finger was more troublesome, ruling him out of the remaining two games of the season.

With Norman Brown absent through injury, utility Edwin Ipape will wear the No. 1 jersey at Browne Park after playing well in the final half-hour of last Sunday’s 32-26 loss against the finals-bound Magpies.

Brandon Nima comes on to the bench in the only change in the squad to play the Capras, who have shown real fight in their matches this season despite sitting in last place.

The Hunters’ frustrating loss to the Magpies, who took the lead in the dying stages of last Sunday’s game, has not dimmed the team’s confidence and desire this weekend before they complete their season against fifth-placed Tweed Seagulls the following weekend. Six of the Hunters’ losses this season have been by 12 points or less. The squad has
included 12 players who made their Hunters’ debuts this season, developing invaluable experience for the coming years.

Magpies skipper Rory Ferguson told Hunters coach Matt Church after last Sunday’s game that the effort was the best he had seen from a Hunters outfit.

“We played some really good football and I was pretty pleased with the effort, which a coach doesn’t often say after conceding 32 points,” said Church. “Four of their five tries came from kicks and outside that we were good defensively.

“So I think we can take some confidence out of that after more than a month without footy and we’ll travel to Rockhampton really determined to get the win.

“I was looking forward to being able to field the same side two weeks in a row for the first time but Terry’s injury was worse than what he first thought. But that brings an opportunity for Edwin who went well when he moved there last week.

“The enthusiasm and the spirit of the team could never be doubted and last Sunday was another example where the effort and lot of the execution was excellent but a little inexperience might have let us down. In time, that will get better.”

This is the first time this season the Hunters have met the Capras, who were beaten 36-12 by leaders Norths Devils last Sunday and have won one game and had two draws in 2021.

But they have lost six games this season by single-point margins, providing a real challenge for most teams.