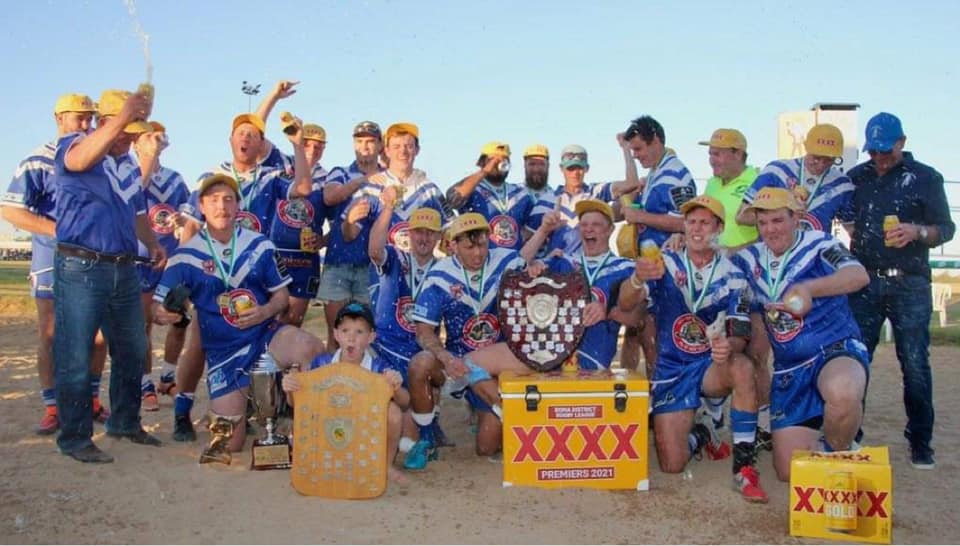 A rugby league dream was played out in Roma last week with one of the biggest weekends for the greatest game of all in the Outback.

The two-day extravaganza started with under 6s playing their last games for the year, followed by the under 8s, 10s, 12s and the junior finale being the under 14 grand final between the Carnarvon Cubs and Benderoo Bulls.

These two teams had played each other twice during the season for one win each, so it was down to the grand final for 2021 bragging rights.

All throughout the game, it was try for try until the final 15 minutes when Benderoo were able to put on a couple of quick four-pointers to run out winners 32-18.

There were so many good players on the field from both sides and a bright future can be seen for Roma and surrounds with a number of these players progressing through to the senior teams in the coming years.

On Sunday, it was the senior teams’ turn to put on the entertainment at Bassett Park.

The first game was the under 16 clash between Cities and St George.

The home side were the raging favourites for this one, not losing a game all year and it looked like the nerves may have got to the Saints as it was looking like a runaway victory to Cities at half-time when they led 28-0.

A motivation speech at the break saw St George come out in the second half and show why they made it to the big dance with some very good tries to make it a very close game, but there was just not enough time on the clock for the ultimate comeback with Cities eventually running out convincing winners 42-24.

The under 18 game between Wallumbilla / Surat Red Bulls and Mitchell Magpies was a carbon copy of the previous clash with the Red Bulls racing out to a 20-0 lead just prior to half-time.

The Magpies scored just on half-time and came back out in the second half to make a real game of it to provide plenty of entertainment for their supporters.

Both teams had plenty of players who had played seniors throughout the year and it showed in the high quality game. The Red Bulls eventually ran out winners 36-22.

The Reserve Grade clash between Taroom Battlers and Wallumbilla / Surat Red Bulls was probably the best game of the day due to the close scoreline throughout.

The Battlers went through the season undefeated and it was expected they would continue their run in the grand final; however, there were never any more than six points difference on the scoreboard throughout the entire game with the Battlers up at half-time 16-12.

The lead continued to change throughout the game and it came down to a kick in the final minute – which the Red Bulls were just short of making the game go into to extra-time – allowing the Battlers to claim victory after their efforts throughout the year, 22-16.

It’s also expected the celebrations will go on in Taroom for several days in light of the season.

The final game of the day was the A Grade finale between Cities and Red Bulls.

There were high expectations for this game with these two traditional rivals facing up against each other after close games all year and no clear favourite.

Cities came out and blew the Red Bulls off the park in the first half to lead 22-0 at half-time with some excellent attack.

They never looked like losing the game, even though the visitors did come out a much better side after the break to score a couple of quick tries.

It looked like a comeback was on the way but Cities again got a roll on to run out convincing premiers 34-10.

Overall. it was a great weekend of footy in Roma with plenty of quality players on show. The future looks quite bright for Roma and District Rugby League.

Congratulations to Peter Flynn, Julie Walton and Jason Coonan for their efforts throughout the year and for running another great grand final day in the Maranoa.

Also a special mention to the referees who again played their part on the big day and put in a great effort once again.