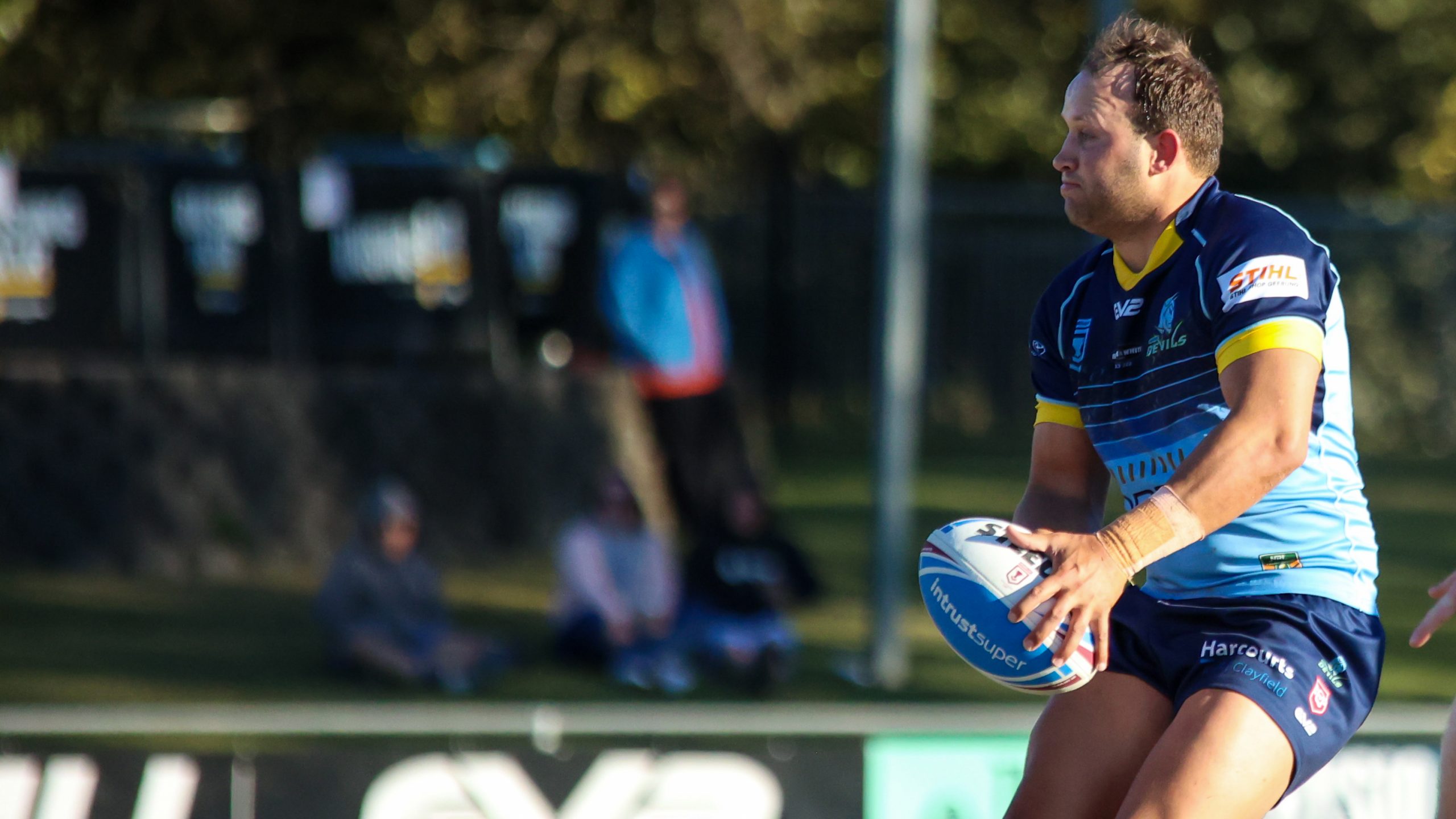 Devils down Capras on way to securing minor premiership

Norths Devils joined in a team song with some of the greatest names in the club’s history after sealing the Intrust Super Cup minor premiership with a hard-fought 36-12 win over Central Queensland Capras at Bishop Park in Round 19.

The final home match of the Devils’ season is Old Boys’ Day and the stars of the 1980 premiership team were honoured at a lunch before kick-off.

If the Devils win on Old Boys’ Day, they head to the hill to sing the team song.

Today they joined 1980 stars Mark Murray, Campbell “Zulu” Dews and Kiwi player of the century Mark Graham among others who had been at the sold-out lunch.

“It’s a privilege to hear that song when it’s sung so passionately by the players who have been here before us,” Devils captain Jack Ahearn said.

“We enjoy the history of this club and we hope that we can play in a way that honours that history.”

The historic Devils enjoyed a spirited match in which the Devils skipped to a 14-0 lead before the Capras, in typical fashion under coach Williams, fought back to trail 14-12 early in the second half.

The Devils pushed away late in the game, claiming the club’s first minor premiership since 1998 with two rounds until the finals. The Devils have a 14-1 win-loss record.

Smith and his players mentioned the milestone in the changerooms after the game.

“That’s something to recognise, but there’s a long way to go this season,” Smith said.

“We know that we have some tough weeks ahead so we’ll start preparing tomorrow for next weekend.

“The Capras are well-coached and they’re always a tough opponent so we knew today would be a real challenge.”

The Devils travel to BMD Kougari Oval next Sunday to take on second-placed Wynnum Manly Seagulls in a much-anticipated clash before the finals.

In between Reuben’s tries, Tyrone Roberts grabbed his first try as a Devil, stepping through the Capras’ defence.

But this Capras team has been tough all season and they stretched the Devils all the way when the teams clashed in Emerald earlier in the season.

Caleb Daunt and Takai Mokahar scored quickly either side of halfway to set up a tense finish before the Devils unloaded four tries in 17 minutes to put the game way.

The Devils have a strong attacking record this season, but Smith told the crowd at the Old Boys’ lunch that their defence remained a priority for the team. The Devils have the best defensive record in the competition.