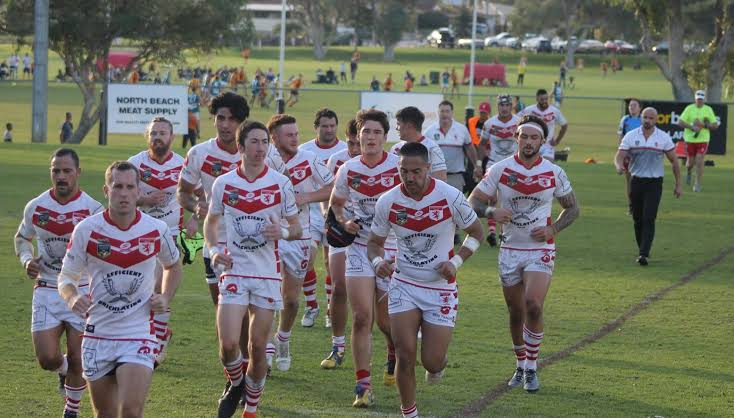 In the NRLWA Consolidated Energy Key Game, the North Beach Sea Eagles defend their home territory against the eager to play South Perth Lions. This season they have split their games down the middle, with North Beach enjoying a 34-14 victory, only to hand the ascendancy back to the Lions in their next fixture 28-16. In their first meeting this year, it was a scrappy 12-12 draw. So the question is, which side will show up to take this fixture?

The North Beach Sea Eagles haven’t lost a game since their Round 11 loss to the Lions and head into this game as deserved slight favorites. Their hiccups in their composure have disappeared and they seem much more adept at closing games out. Cairo Takarangi is playing top notch football and has found his spark that has made him a deadly adversary for a long time. With Takarangi pulling the strings, Ben Taylor and Josh Benjamin have been in vintage form on the left hand side for the North Beach boys. But as with all battles, it will more or less be decided in the middle of the field. Unsung heros in Breen and Campbell have been huge for the Sea Eagles, along with the timely inclusion of Greg Lingard to stiffen their pack up in the middle of the field. Captain Adam Roy will lead them from the front with a brutal defensive performance, and he is arguably one of the most reliable players in the competition. A big focus will be on their kicking game this week. Their halves and hookers need to get this right as in tight ones, it can really decide a match.

The South Perth Lions look like they will be throwing the kitchen sink at the Sea Eagles in this matchup to book a one way ticket to a grand final, and while it is the easy road one wonders whether the Lions would mind having to play again. Minimum football due to a covid draw change have the Lions really healthy, and with all their troops on deck, but without much playing time or continuity. And one of the big draw backs for the Lions this year has been their slow starts in games. Just recently they were down 12-0 early against the Joondalup Giants, and have trailed in many of their games this year. They will want to be right on the ball from the get go, and will look for forwards Hiko, Noble & Green to lead them. Caleb Norton has been a massive piece for the Lions at hooker this year, and will be incredibly important along with classy playmaker Eddie Proudler and experienced fullback Harry Debique. But I believe a big performance from stand off Nick Holiday will be what the doctor ordered. He has been solid this year without being spectacular this season and a breakout performance may be around the corner.

Meanwhile in the Elimination Semi-Final at Ken Allen Field, the Fremantle Roosters will host their last game at Ken Allen Field, in what they hope is a huge performance, against the defending premiers, the Joondalup Giants. This season the Roosters got the Giants in a close one in Round 3, 14-12, but after that it has been all Giants. A 44-10 scoreline in round 08 was then followed up by a comprehensive away victory by the Giants 36-25, which will leave the Giants with no doubt about their ability to win at Ken Allen.

But finals time in the last 6 years has been Roosters time. With the Roosters winning 4 out of the last 6 premierships, they have developed a reputation for getting it all the click when the new competition begins, and this would be a nightmare match up for any club. They possess some names that are going to go down in NRL WA folk lore with their ability to turn games on their head. Edwards and Crotty are the keys, with one their glue in the middle of the field, and the other responsible for their flair and action on the edges. Ably supported by new guy, Paora Kemp and still underrated bookend Mitchell Kerr, they seem to have most people healthy and available at the right time. In the finals though, Duane Butler usually shows up to wreak havoc on the competition, and I’m expecting a huge game from the versatile back rower. We all know Fremantle won’t die wondering, and will fire plenty of attacking shots at the Giants.

The Joondalup Giants have found themselves in the 4th spot, and will have to do it the hard way if they want to go back to back. But the finals are a new competition, and they should get most of their healthy players back now. Brad Sparrow, Beau White and Chris Harrison have been notable absentees along with fifo worker Josh Houghton being in and out this season. And Nathan Searle is a few weeks back into it, and looked as sharp as every against the Sea Eagles last Friday night. So the question now becomes a matter of who do they leave out? One of the more intriguing selection headaches will centre around the enigmatic Robbie Smith. With the ability to win or lose you a game, he hovers on the edge every game, and its an undeniable talent with the ball in hand. But forget the word safety when he is in the game. What I will say, is Browne and Marshall, along with Sheehan posses the most reliable kicking game in the competition and this team will defend their backsides off till that final whistle.